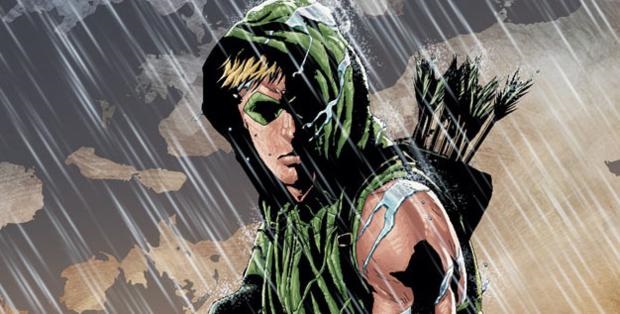 Sweet day in the morning, Arrow has returned for its second season!  The season opener was another fantastic installment and was packed with DCU references and the first appearance of Black Canary.  For those Arrow fans who want to read the best of the character in the comics, here are the top 5 Green Arrow trade paperbacks (though #5 is a cheat because it’s not available until March so you’ll have to go to Comixology and get the back issues there). 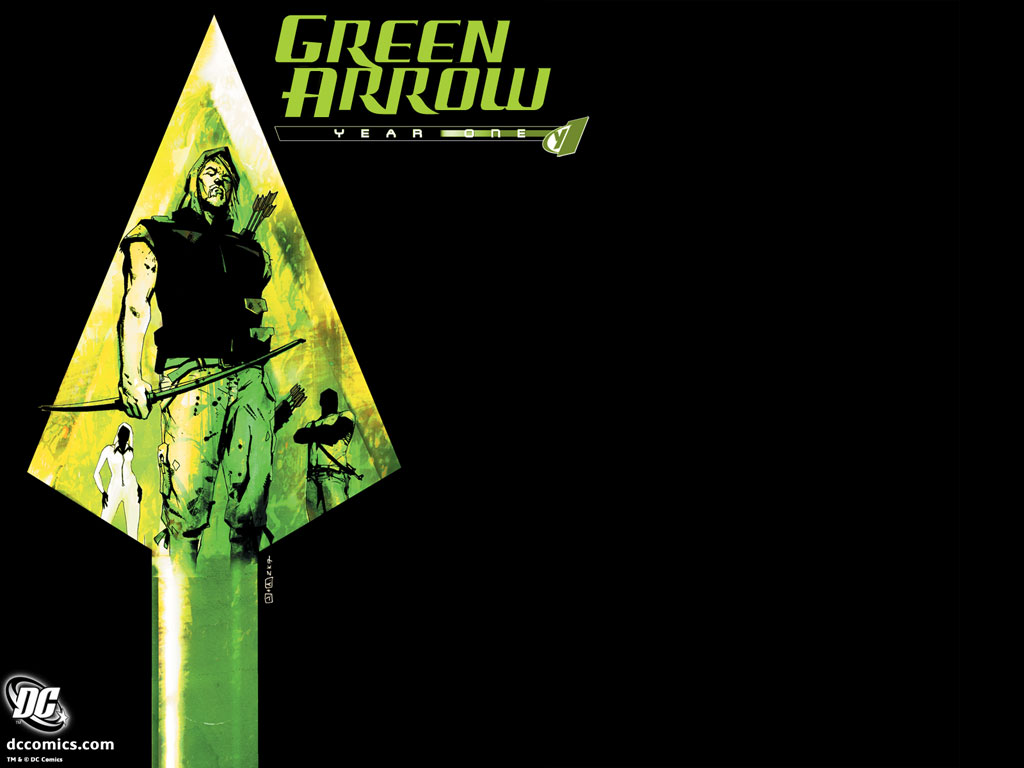 This is cited by Arrow’s show runners as the greatest influence on the series.  It really is the first time someone took the time to explore how Oliver’s time on the island shaped the person he became (forty years of him being around and it took this long).  It’s written by Andy Diggle, which is where I’m assuming the same-named character in the series got his name. 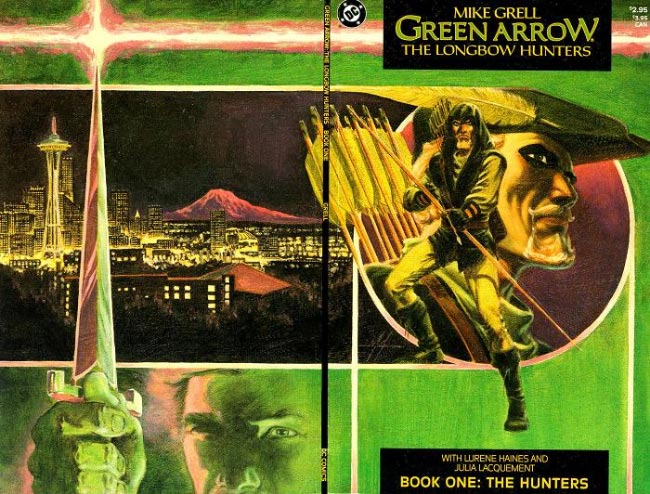 Arrow is unique because it focuses on Queen in his late twenties, but in the comics, he’s usually depicted as an older hero.  Mike Grell‘s Longbow Hunters established a mature tone for the character and placed him in Seattle, which was eventually morphed into “Star City” for later series.  Tonally, Longbow Hunters established who Green Arrow was in the same was The Dark Knight Returns did for Batman.  Longbow Hunters started the first volume of the Green Arrow solo series by Grell which ran for about 80 issues and was fantastic.  DC is finally going to start releasing it in collections later this year. 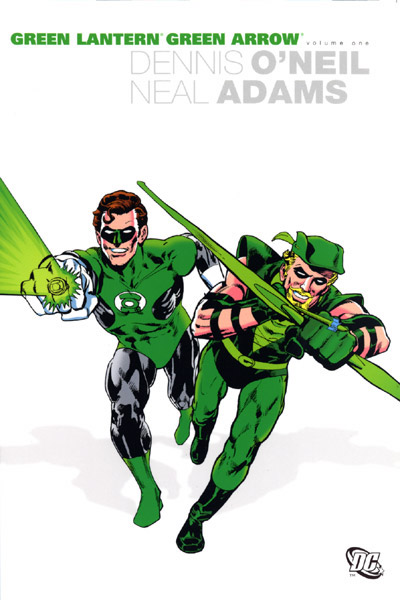 Green Arrow and Green Lantern are polar opposites in personality, but O’Neil and Adams played on that with a run in the 1970’s that had them literally taking a road trip across America highlighting the social problems and landscape of the time.  It’s a legendary run that can be picked up in two trades and you can’t do better for art than Neal Adams. 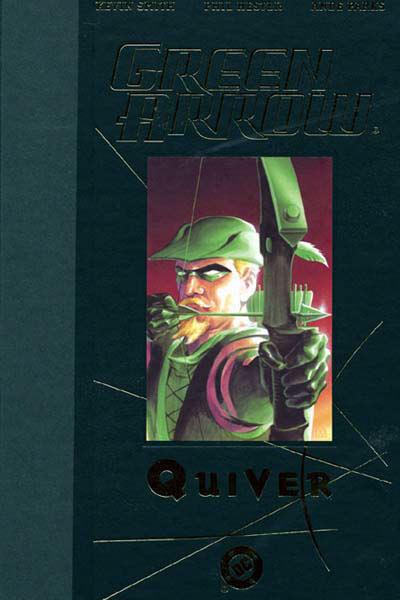 So in the 1990’s, DC had the brilliant idea to kill Oliver (in a plane crash where Superman basically couldn’t fricking be bothered to save him) and replaced him with his son Connor (for Arrow fans, Connor’s mother is Shado, with whom he is trapped on the island).  Connor wasn’t a bad character, but he’s not Ollie.  Kevin Smith (yes, that Kevin Smith) came in and wrote the resurrection of the character in a fantastic little run.  This volume of Green Arrow, written by Brad Meltzer and later, Judd Winnick, remained consistently good through about 12 trades, so you don’t need to stop at Quiver.  This really established a supporting cast or family for Queen that had never been fleshed out.  They kept Connor on, Black Canary joined the book (eventually retitled Green Arrow/Black Canary), Roy Harper was there as Arsenal and later Red Arrow.  Just a really fantastic run that was consistently good for well over 100 issues.
5. Green Arrow “New 52” Volume 4: The Kill Machine

Then, sigh, DC rebooted their entire universe.  Just kind of hit the reset button on it, de-aged most characters, and did so in the most confusing manner feasible.  Old stories still counted, some didn’t, and the real point of the reboot, which was to make everything clearer and accessible for an audience brought in by movies (which they haven’t made) was handled extremely well by some writers (Scott Snyder is writing the best Batman run I’ve ever read) and botched by others.  Maybe no character suffered more than Green Arrow.  His book was an absolute mess.  Unreadable.  Then Arrow became a surprise hit and DC thought…hey..maybe his book shouldn’t be absolute horse hockey every month.  They brought in one of the best writers they have, Jeff Lemire, and he promptly blew up everything that the writers had done to futz up the character since the reboot and has been killing it.  The first collection isn’t due until March, but if you go to Comixology (the best place for digital comics on the web) you can download the issues to your computer or tablet or phone if you want to see what Oliver is doing right now. 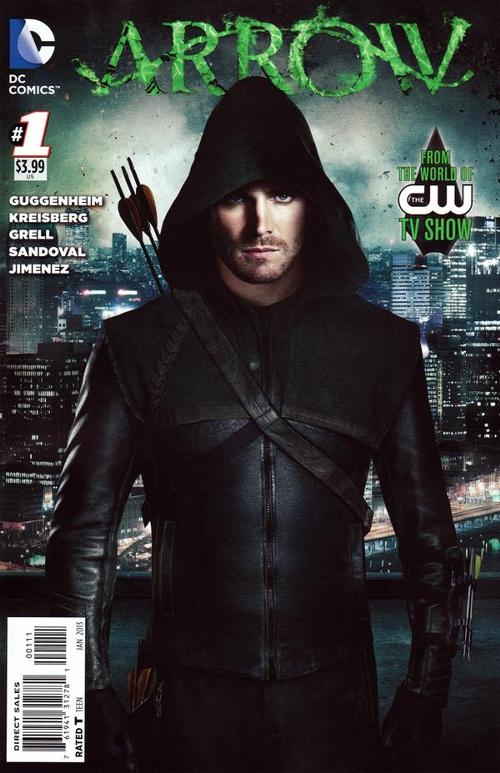 Just as a quick reminder, DC also publishes a weekly digital series based on the TV show that fills in gaps between episodes and gives you a little more information based solely on the world in the CW show.  The first trade collection of these is out in print.