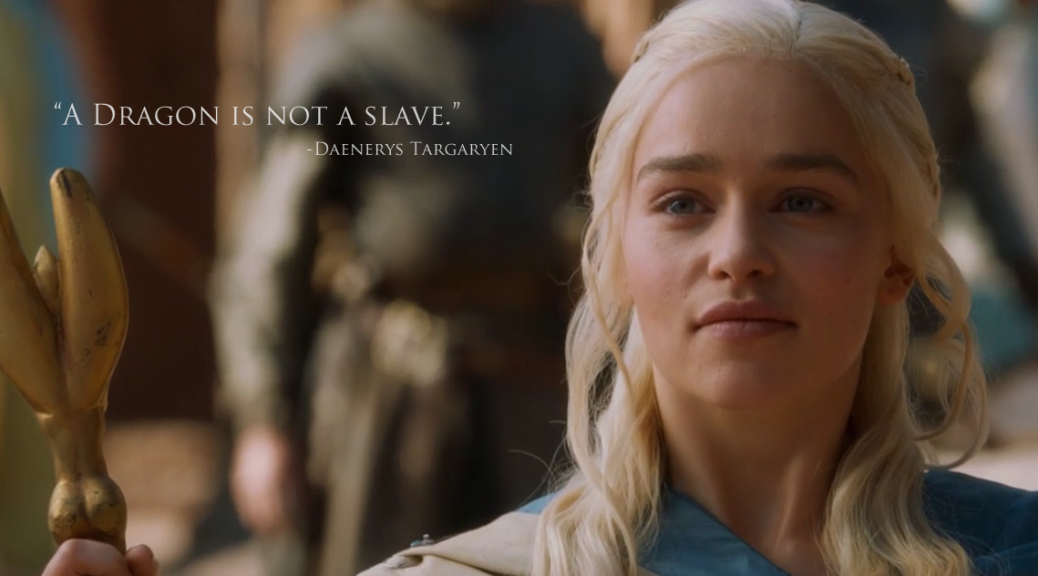 Since it’s an off-week for Latest vs. Greatest, it’s a bonus My Favorite Scene for Game of Thrones Season 3.


That Danerys is Emilia Clarke’s first job out of acting school just astounds me because she’s taken this character from a scared child to this scene where she becomes a full-fledged warrior queen. It’s so cleverly done and then there are giant armies and dragons so …how is it not my favorite scene of the whole series so far? 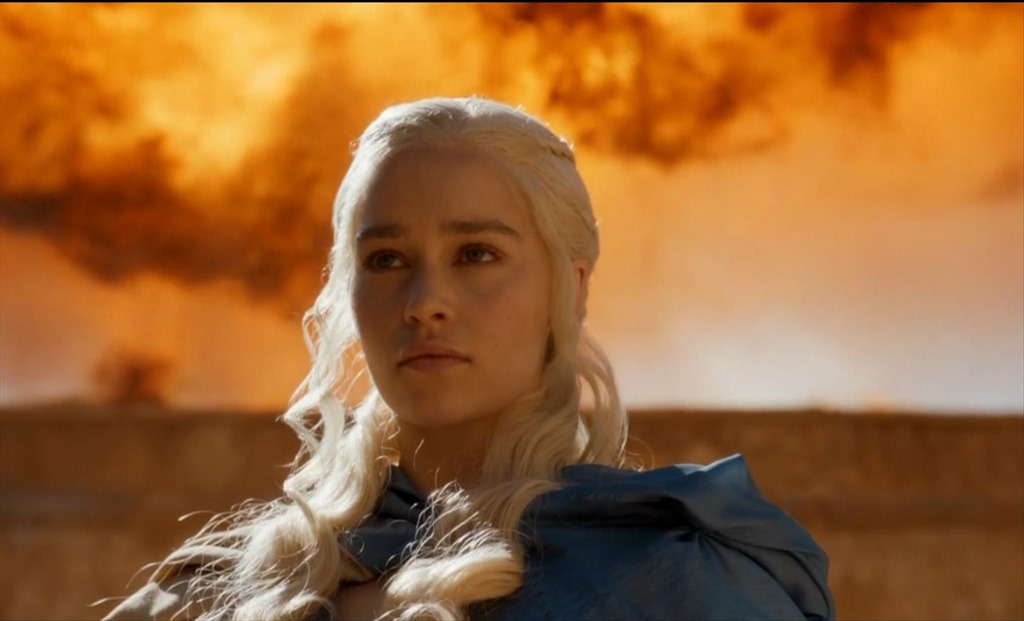 You know, what with everyone in the North worried about ice zombies and wildlings and everyone in the South worried about who is going to poison/stab/betray each other….someone might want to start paying attention to the East where there’s an increasingly confident queen with an unstoppable army and three rapidly growing dragons moving their way like a tsunami…..just saying.

Game of Thrones continues on HBO this Sunday April 6th at 9 p.m. EST.