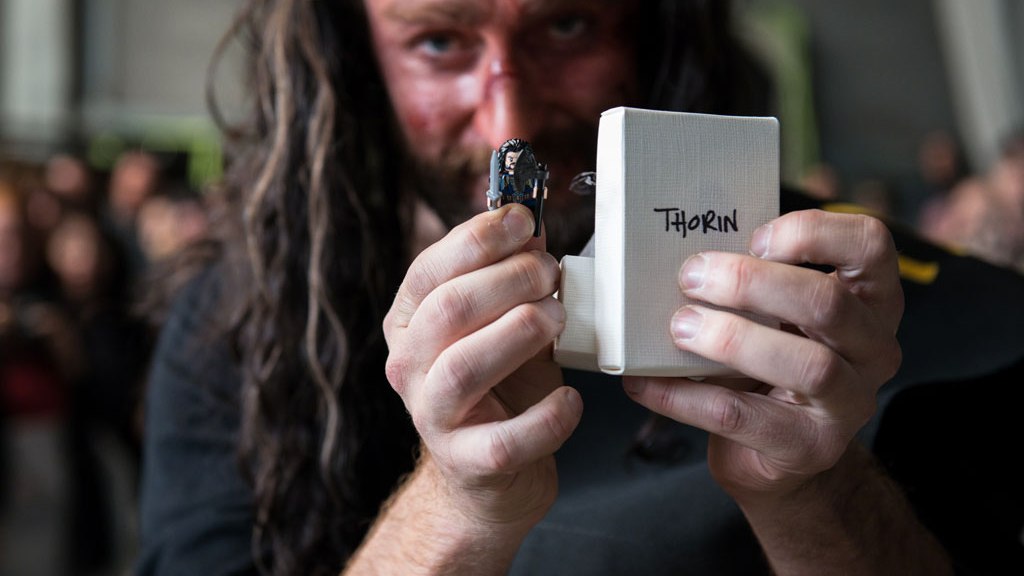 Today is, of course, a momentous day for all LEGO-addicted semi-adults and quasi-children.  The LEGO Hobbit releases and if you think I pre-ordered it at Game Stop to get the special Bilbo minfig…well, that’s presumptuous but accurate.  One thing that we have been debating here on the site is why is this coming out now when the last film in the trilogy is eight months away?  Telltale Games is saying now that the content from There and Back Again may be released as a massive DLC pack, the first story DLC for any LEGO game in the franchise’s history.  Official press release below, launch trailer above; guess what I’m doing tonight?

LEGO The Hobbit will take players on epic quests and a variety of adventures as they explore key locations from the films, such as Lake-town, Dale, Erebor, Bag End, Goblin-town, Mirkwood, Rivendell and the treacherous High Pass over the Misty Mountains. Fans will also assume the roles of their favorite characters, including Bilbo Baggins, Gandalf, and the Dwarves of Erebor: Thorin, Fíli, Kíli, Óin, Glóin, Dwalin, Balin, Bifur, Bofur, Bombur, Dori, Nori and Ori, each possessing a unique and hilarious ability. One of the main new features of the game allows players to utilize the Dwarves’ combined abilities such as buddy fighting, two-player attack, staff climb, mace swing and belly bounce to help them fight Orcs and fouler things or to progress through the game.

Featuring 16 different levels and over 90 playable characters, LEGO The Hobbit is available now for the Xbox One, Xbox 360, PlayStation 4, PlayStation 3, Nintendo 3DS, PlayStation Vita, and PC. It will be available for the Wii U system on April 22.