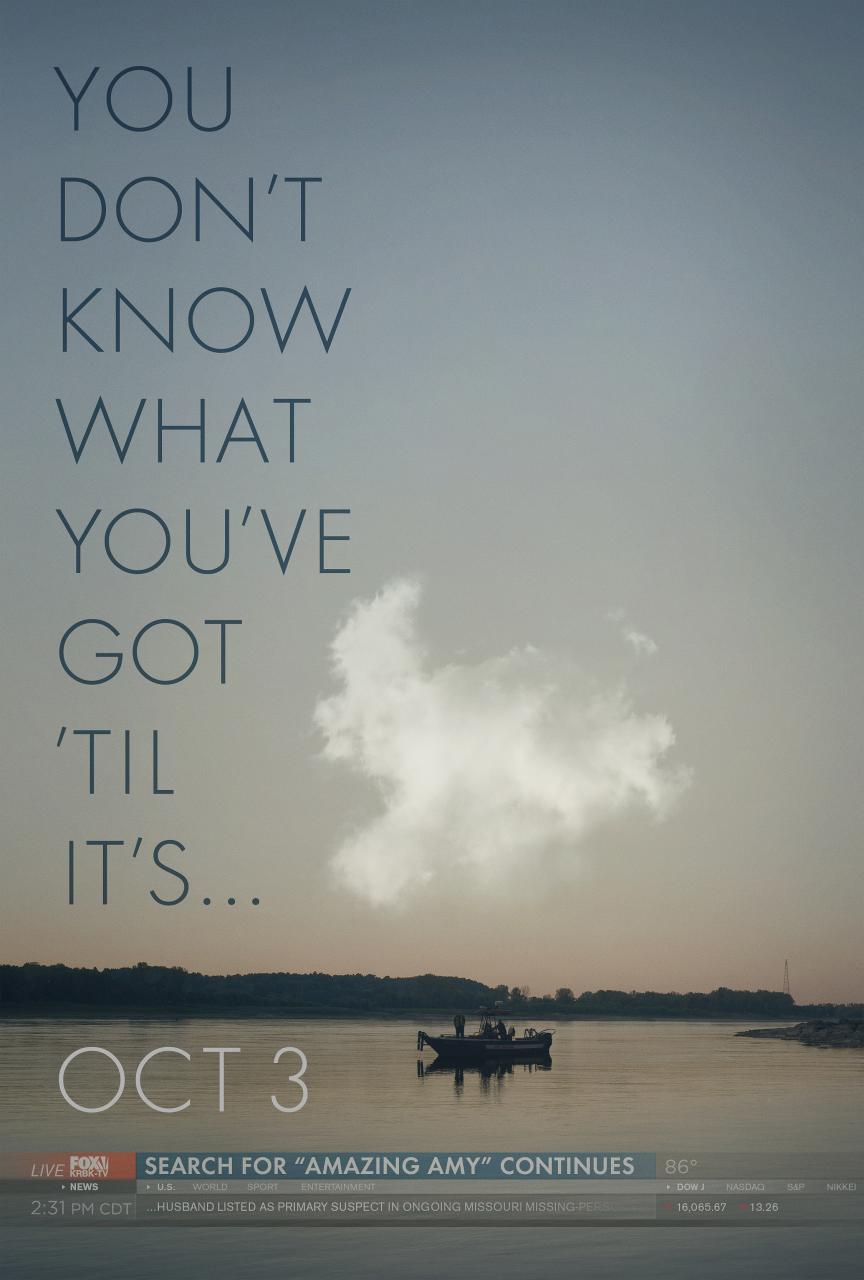 Gillian Flynn is one of my favorite writers and this was the best book I read two years ago.  Read it IMMEDIATELY if you haven’t (here’s my review).  Flynn adapted the screenplay so with that and the talent onboard (David Fincher also being one of my favorites) this is one of my top 5 of the fall if not the whole year.


Based on the bestselling crime thriller by Gillian Flynn (who also adapted the screenplay), Gone Girl stars Ben Affleck, Rosamund Pike, Neil Patrick Harris, Tyler Perry, Kim Dickens, Patrick Fugit and Carrie Coon. On the occasion of his fifth wedding anniversary, Nick Dunne (Affleck) reports that his beautiful wife, Amy (Pike), has gone missing. Under pressure from the police and a growing media frenzy, Nick’s portrait of a blissful union begins to crumble. Soon his lies, deceits and strange behavior have everyone asking the same dark question: Did Nick Dunne kill his wife?