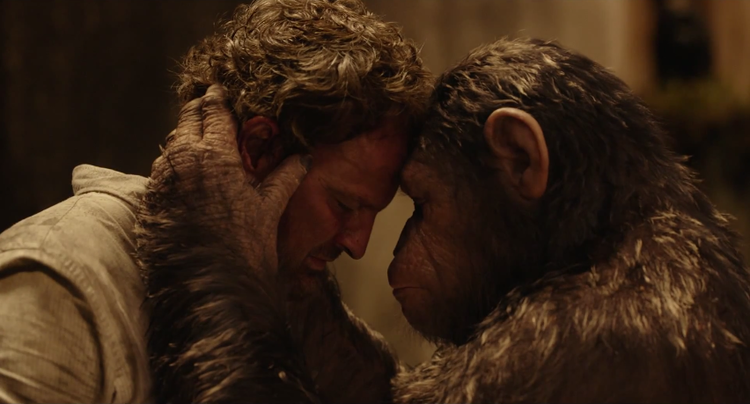 Finally a spooky full trailers for Dawn of the Planet of the Apes has arrived (really late for a summer movie to be busting out its first trailer).  The sequel to Rise of the Planet of the Apes stars Andy Serkis, Gary Oldman, Keri Russell, Toby Kebbell, Kodi Smit-McPhee, Enrique Murciano, Kirk Acevedo, and Judy Greer.  The release date is July 18, 2014, and here’s the official synopsis.A growing nation of genetically evolved apes led by Caesar is threatened by a band of human survivors of the devastating virus unleashed a decade earlier. They reach a fragile peace, but it proves short-lived, as both sides are brought to the brink of a war that will determine who will emerge as Earth’s dominant species.