When I did my profile of Denzel Washington, I lamented his …laziness, for lack of a better word, in the types of projects he chooses.  For every Flight that reminds us that he’s one of the best actors in the world, there are 2 Guns and The Equalizer.  I feel like I’ve already seen this film.  I’ve never been impressed by the pairing of Antone Fuqua  and Denzel; not even for Training Day.  I’ll probably see it and I hope I’m surprised by it, but I’m more disappointed it’s happening and it’s the only thing on his horizon.  The film opens September 26th.

In The Equalizer, Denzel Washington plays McCall, a former black ops commando who has faked his death to live a quiet life in Boston. When he comes out of his self-imposed retirement to rescue a young girl, Teri (Chloë Grace Moretz), he finds himself face to face with ultra-violent Russian gangsters. As he serves vengeance against those who brutalize the helpless, McCall’s desire for justice is reawakened. If someone has a problem, the odds are stacked against them, and they have nowhere else to turn, McCall will help. He is The Equalizer. 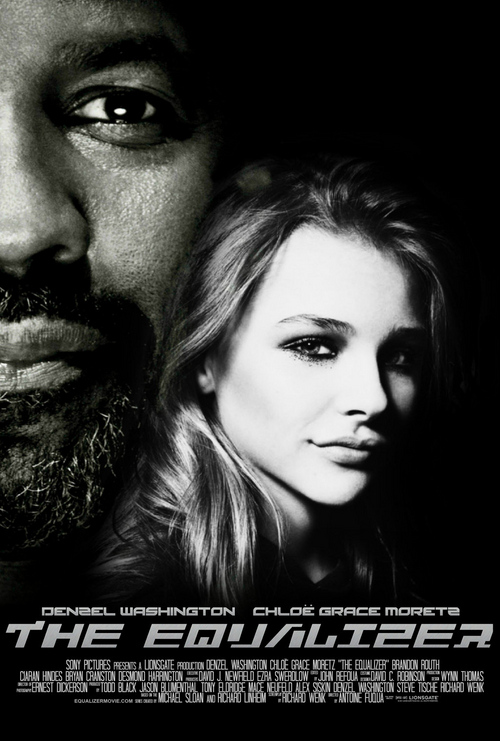