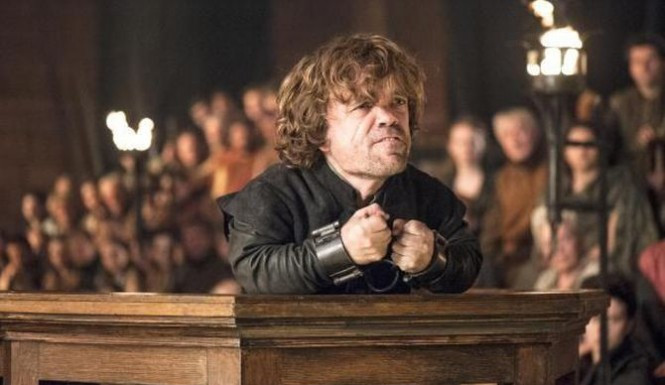 I don’t think this is too much of a spoiler, and since we did all the other seasons leading up to season four, let’s complete our favorite scenes from each Game of Thrones installment.

To say that Tyrion did not have a good season would be an understatement on the level of saying that I’m “mildly interested” in Star Wars.  I won’t chronicle all he went through for those of you who are waiting for the Blu Ray, but suffice it to say that he’s put on trial for killing someone (you know what, DO NOT watch this if you haven’t watched the season) and he just loses it.  Peter Dinklage gets to chew the scenery as Tyrion spews forth decades of frustration at his family and their sycophants.  It’s glorious.  In a year of great scenes, this was my favorite.