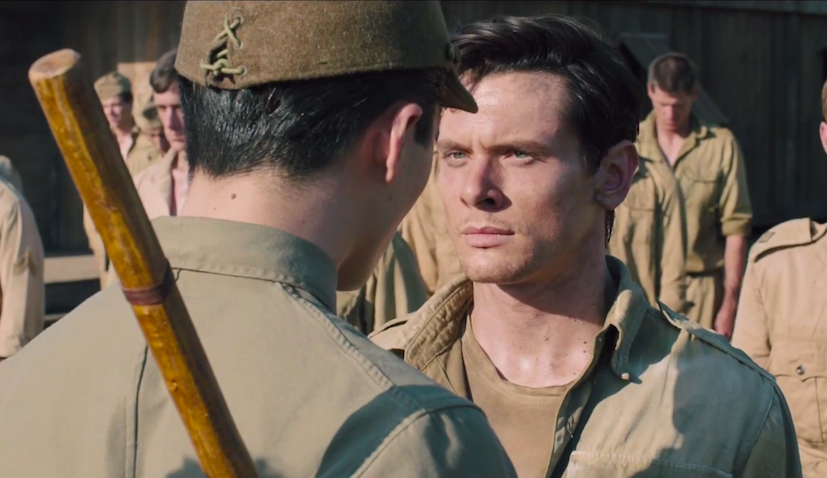 Universal Pictures has released the trailer for director Angelina Jolie’s Unbroken. The December 25 release is an epic drama that follows the incredible life of Olympian and war hero Louis “Louie” Zamperini (Jack O’Connell) who, along with two other crewmen, survived in a raft for 47 days after a near-fatal plane crash in WWII only to be caught by the Japanese Navy and sent to a prisoner-of-war camp.

Starring alongside O’Connell are Domhnall Gleeson and Finn Wittrock as Phil and Mac�the airmen with whom Zamperini endured perilous weeks adrift in the open Pacific�Garrett Hedlund and John Magaro as fellow POWs who find an unexpected camaraderie during their internment, Alex Russell as Zamperini’s brother, Pete, and in his English-language feature debut, Japanese actor Miyavi as the brutal camp guard known only to the men as “The Bird.”

Zamperini passed away at the age of 97 last week.