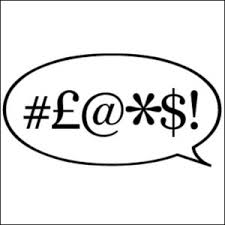 Note: Due to an attempt to keep this column PG-13 (at least by MPAA standards), the word “f*ck” will be replaced by the word “woodchuck”.

This is a rant that’s been long in coming, probably since John Malkovich dropped an F-bomb in the third Transformers movie (classy).  The MPAA, in its infinite wisdom, has decided that you can still maintain a PG-13 rating with one, possibly two, “woodchucks”.  It used to be sporadic (and in a Michael Bay film not even in the top 25 of most appalling things), but this summer X-Men: Days of Future Past, Dawn of the Planet of the Apes, Edge of Tomorrow and even Hercules (really?) have used their allotted “woodchuck”.  Just because you CAN, doesn’t mean you SHOULD, you woodchucking idiots.
I’m not going to rant against profanity in movies.  It has its place.  The English language offers a wonderfully diverse and creative arsenal of ways to turn the air blue.  I mean, what’s better: “Frankly, my dear, I don’t give a damn” or “Frankly, my dear, I find myself completely ambivalent on the topic at hand”?  What I have a problem with are scripts that use “woodchuck” like a crutch.  Watch Goodfellas and utilize the “woodchuck substitute”.  It sounds like utter nonsense.  It sounds that way anyway, because any word used over and over and over loses any impact, meaning, punch or power.  The same thing is true of a script completely devoid of “woodchucks” that very pointedly, at the end, sling a “woodchuck” at the audience usually in a way that that’s tonally jarring with the flow of the film.

I’m not objecting because I want “woodcuck-free” films.  I’m objecting because taking advantage of a loophole in the MPAA ratings system rather than writing something smarter is lazy.  “Woodchuck” has pretty much destroyed the English language as it is.  It’s an extremely lazy crutch used by an entire culture now to save them the burden and effort of being clever.


Don’t pander to the MPAA.  The MPAA ratings board is the most idiotic thing about movies.  These are the same people who are perfectly cool with triple digit body counts being taken in by kids, but think one nipple (female, male nipples are soothing and completely ok) will cause the entire youth of the world to morph into wanton sex fiends.  These are not smart people.  Be better than them.  Write smarter.  Write up to your audience, not down to the lowest common denominator the MPAA allows.  Guardians to the Galaxy is PG-13.  #1 movie of the year.  No “woodchucks”.  (They come close once, but don’t go full “chuck”.)

The entire ratings system has become a joke and an undecipherable guide to parents trying to gauge content from it.  It needs a complete overhaul.  Essentially, I’m saying, “Woodchuck, you, MPAA.  No, seriously, “woodchuck” you.