When Ant-Man jumped from the holidays to July 17, it did so to directly challenged this film: Pan.  Whether that turns out to backfire on them as we begin to see whether or not the problems in Ant-Man‘s production  compromised its quality.  I’m actually rooting for Pan, to be honest, not out of disloyalty to the Marvel Cinematic Universe, but because I’d love to see James Barrie’s book (and he’s credited as a co-writer on the script) come to life over several films and watch the characters evolve.

There’s no Wendy, Michael or John in this story. This is the story of how Peter came to Neverland, how he met James Hook, and how that went so legendarily wrong.  I love Barrie’s book; it’s one that means a lot to me, so a cinematic tribute to that work, expanded with the kind of care shown Lord of the Rings,would be an absolute triumph. Joe Wright is directing (Atonement,) and you have and actual boy playing Peter Pan in Levi Miller.  Any adaptation that uses a grown woman has lost me before it’s begun.  Hugh Jackman plays Blackbeard, the Pirate initially in charge and Garrett Hedlund (Tron: Legacy) plays Hook, and we all know where that’s headed.   I don’t recognize the actor playing Smee,but hilarious if he was fit as could be and on his way to pirate super-stardom,then we just see him slowly unravel over the course of the films.  Rooney Mara plays Tiger Lilly, and pirates and Indians just don’t socialize well.

Below you have your first look at the individual character posters.  Pan opens on July 17, 2015, hopeful it will be as strong as I’m hoping it will be. 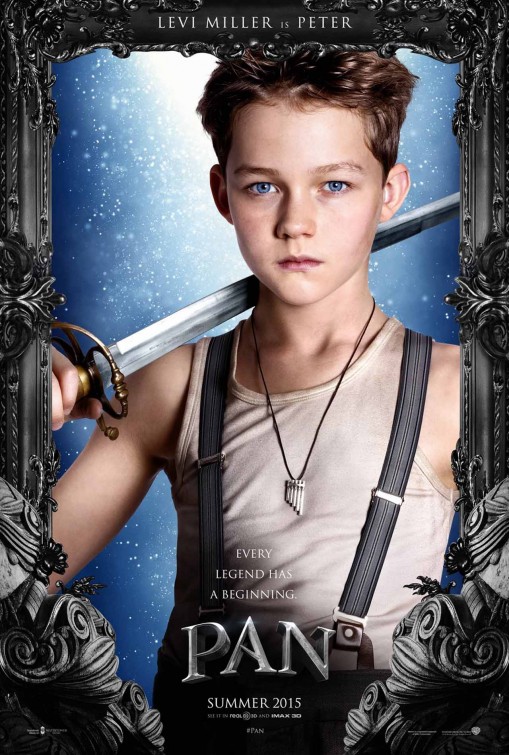 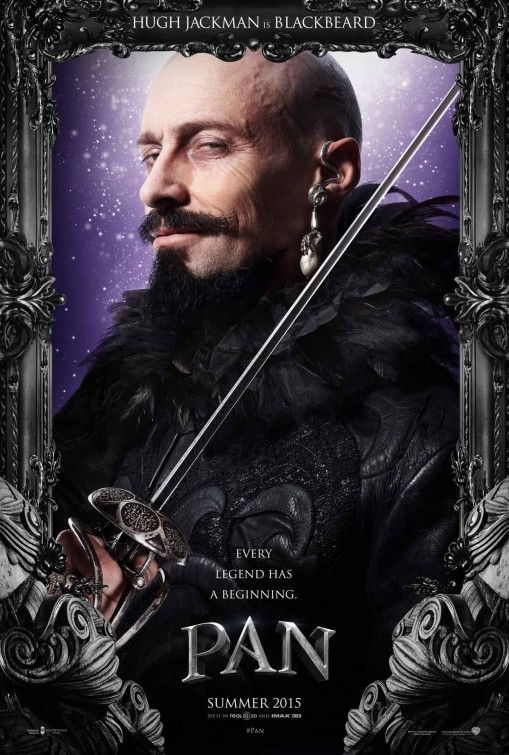 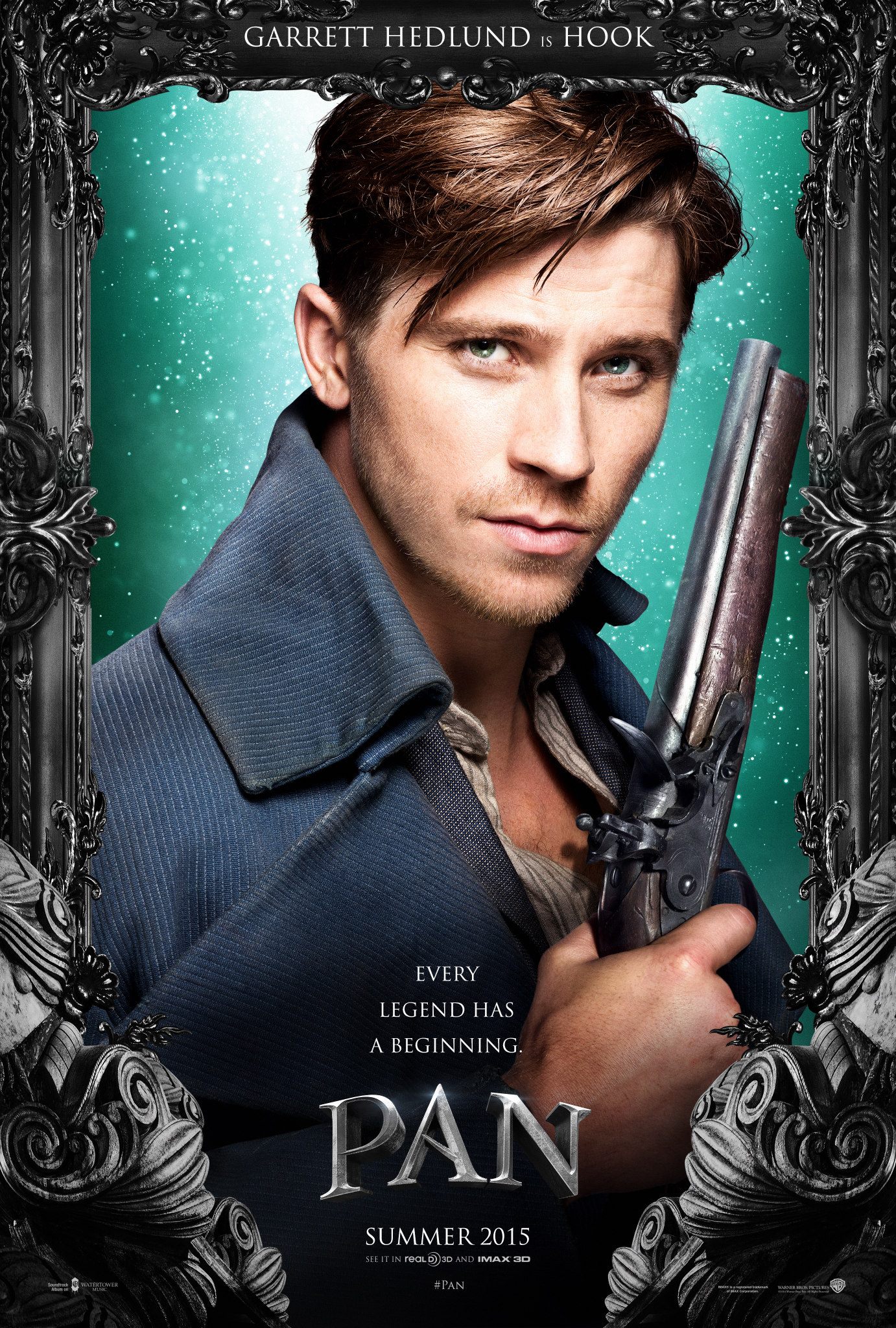 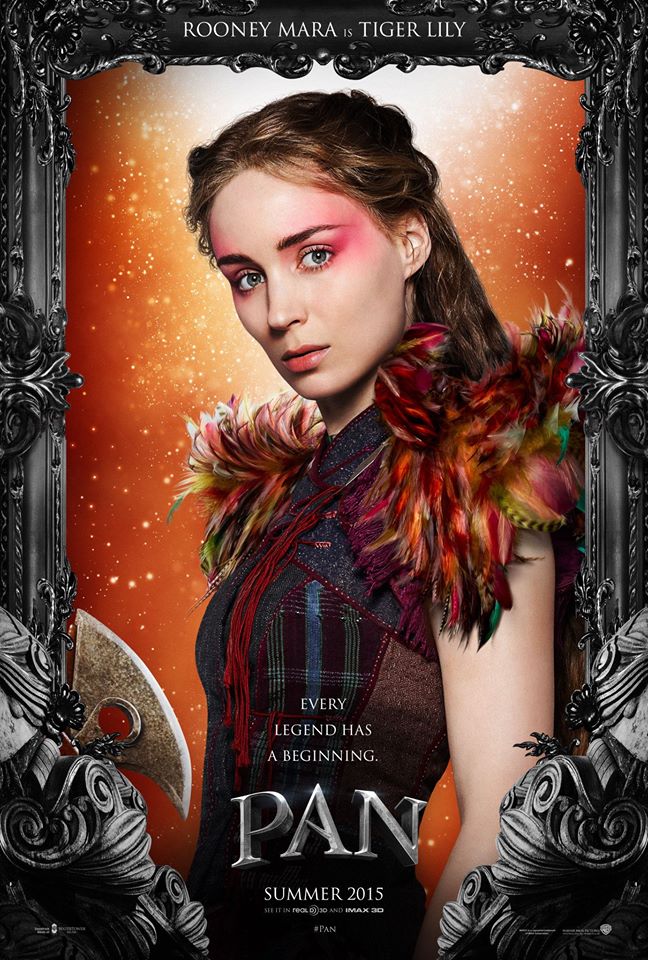 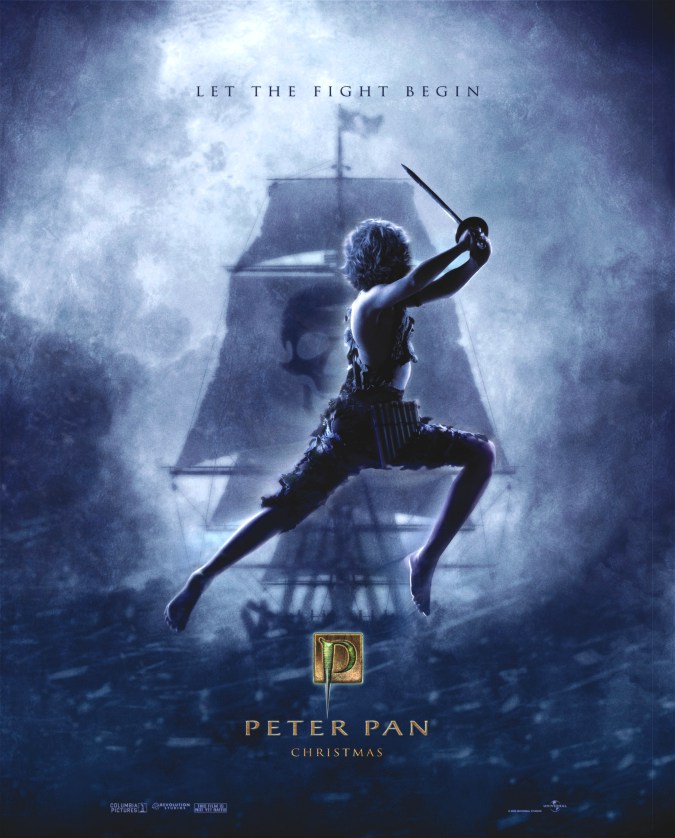