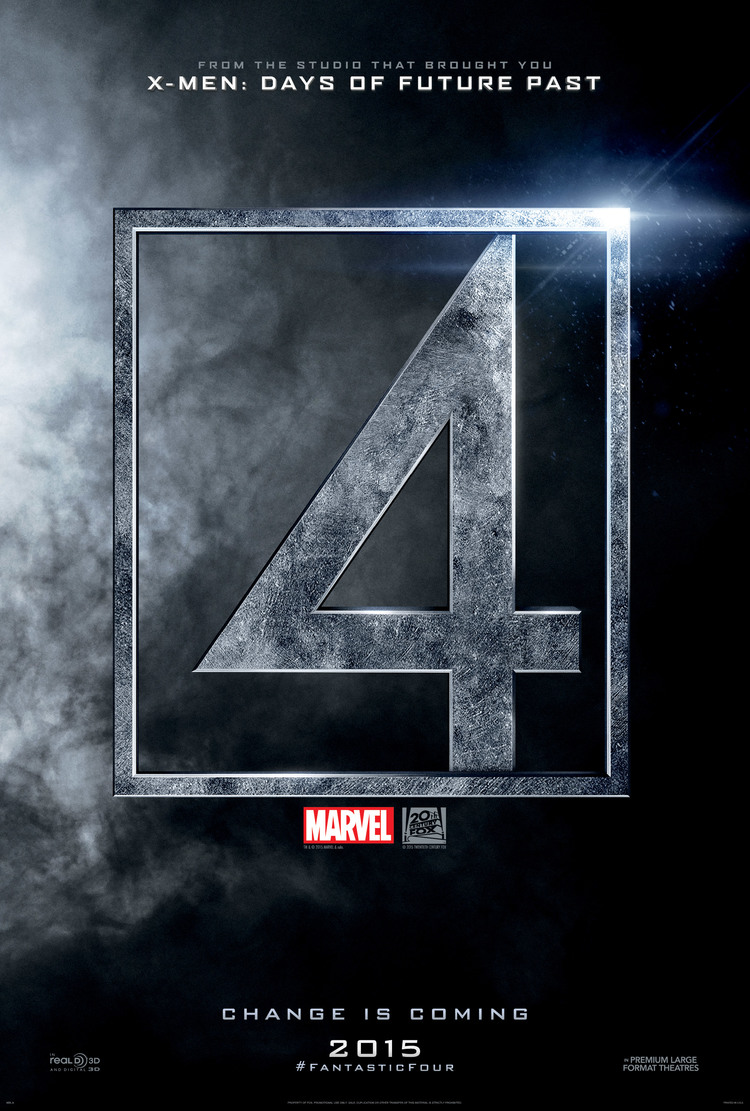 This is not going to work….and quite honestly I don’t want it to.  Even though they’ve already scheduled a sequel for it, everything I’ve heard or seen about this film makes me wince.  Dr. Doom is now Viktor Domashev?  I want it to fail, not out of any animus toward those making the film, but the Fantastic Four really belongs in the universe Marvel has created for their cinematic characters.  The X-Men I can stand being alone because there’s so many of them.  The FF should come home.  The reboot will hit theaters August 7, 2015.