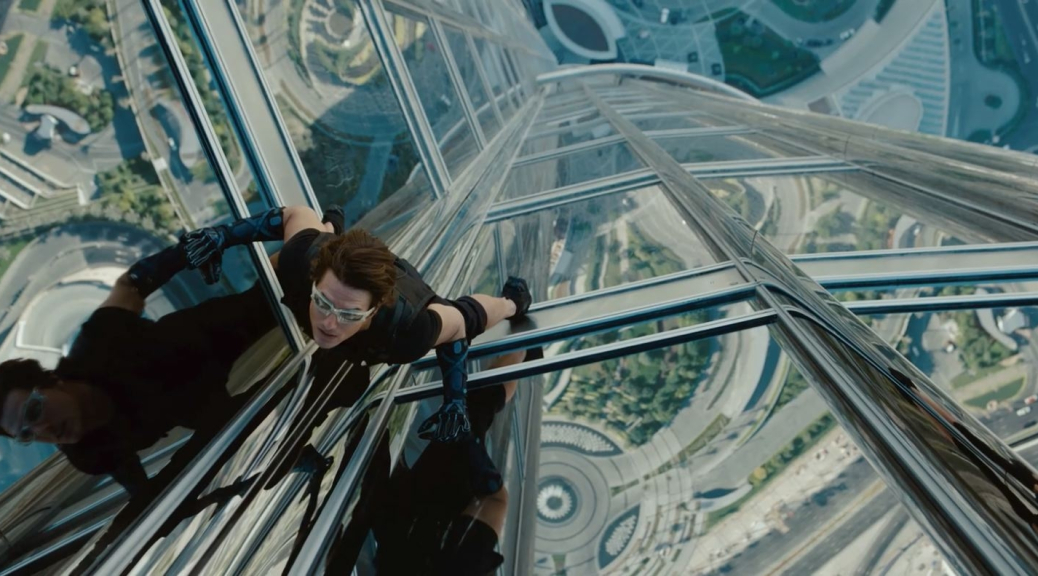 It’s the final installment of our look through the best scenes of each of the Mission Impossible films.  You thought I was going with the climb, didn’t you?  Suckered you with the photo, no, while the climb is the iconic scene from Ghost Protocol, to me the funniest and most creative scene was how Tom Cruise and Simon Pegg infiltrate a hallway deep within The Kremlin.  It doesn’t even need sound.  It works as silent film comedy. 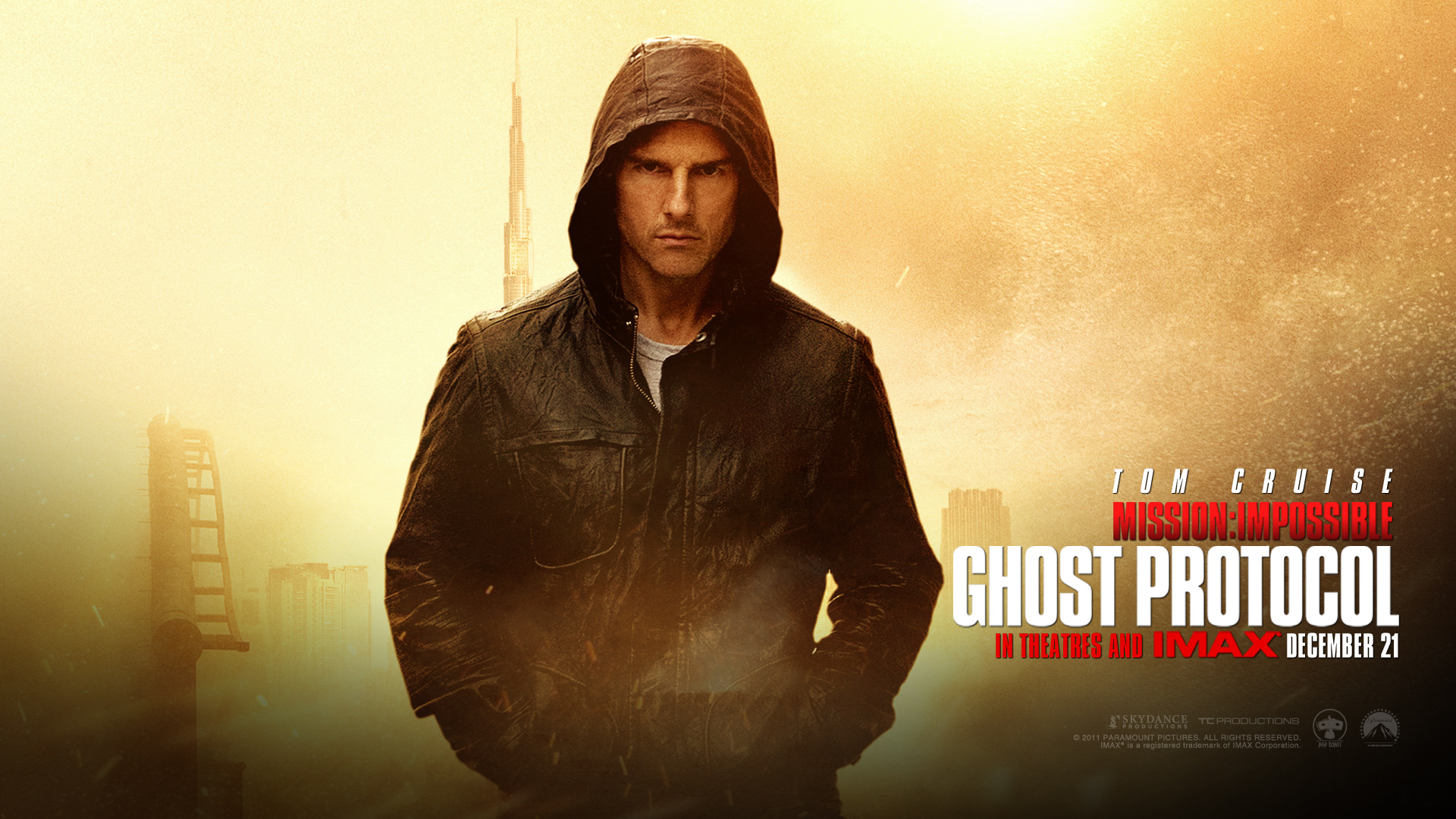 Brad Bird took over this installment, directing his first-ever live action film (he had previously worked in animation directing The Iron Giant and The Incredibles) and, like  JJ Abrams, had no trouble making the leap to a new format.  Ghost Protocol is, in my opinion, the best film of the series and I’ll tell you why I give it the edge over Mi:III, which is nearly as good.  Previous installments of the series hadn’t had much continuity to them aside from the gimmicks and the characters, but at the end of the third film, Ethan Hunt gets married.  Rather than ignore that rather confining element, Bird uses the very end of the film to show Hunt watching his wife (clearly being very protected) from afar with a look that knows that’s a life he’s never going to get.  That was almost the best scene also.  Fantastic movie and I hope Chris McQuarrie gives us another great one in July 2015.