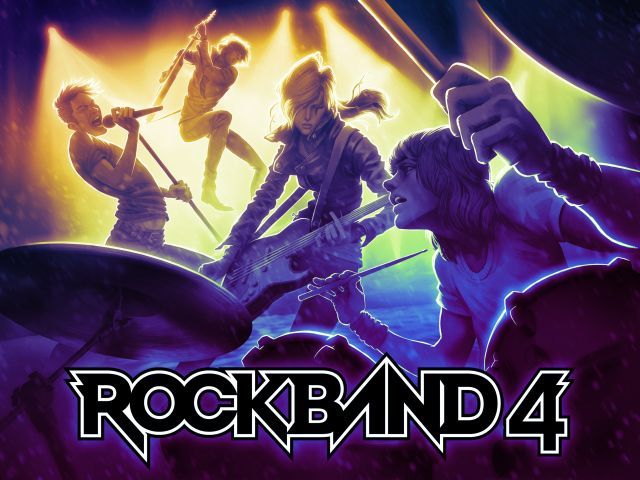 Ok, so my chances of doing anything productive after this comes out are slim to none.  During the plastic instrument game phase that Rock Band ignited, I shredded my way through several guitar controllers and gave myself Carpal Tunnel Syndrome.  This sounds amazingly cool and I can’t wait to see what new features are incorporated on next gen consoles.  The best part is the support for all past purchased DLC (which in my case means I will need a new hard drive).  Read the full press release from Harmonix below and start training for launch day!

START A BAND. ROCK THE WORLD.
Rock Band 4 brings the critically-acclaimed franchise to a new generation of consoles, focusing on the features and gameplay that people love, and expanding the franchise in innovative ways that were informed by how fans play and what they want.

“With Rock Band 4, we’re doubling down on the energy and excitement of playing music live with your friends,” says Harmonix Chief Executive Officer Steve Janiak. “Focusing on the core experience that our fans have told us they love allows us to evolve established gameplay in meaningful ways that we can’t wait to share with everyone later this year.”

“We couldn’t be happier to be working with Harmonix and help bring the band back together for the launch of Rock Band 4,” added Darren Richardson, President and Chief Executive Officer of Mad Catz. “Harmonix possesses unrivalled passion and vision for music gaming and we can’t wait to introduce the next generation music platform to passionate gamers.”

STILL THE MOST MUSIC. PERIOD.
In addition to a killer on-disc soundtrack, Rock Band 4 will support over 2000 tracks released since the 2007 launch of the original Rock Band, accounting for more than 500 of rock music’s most legendary artists.
“Since the beginning, we’ve called Rock Band a music platform. Players responded by downloading hundreds of their favorite tracks, and building a massive library of playable music,” says Rock Band 4 Product Manager Daniel Sussman. “It’s important for us to respect those purchases and enable our fans to bring that content over to the Rock Band platform on new generation consoles.”

Players who’ve purchased or downloaded playable tracks on last-generation consoles will be able to download and play those tracks on their new platforms at no additional charge*. Hundreds of tracks will be available at launch, with more back catalog music – and new tracks – to be added regularly after launch.