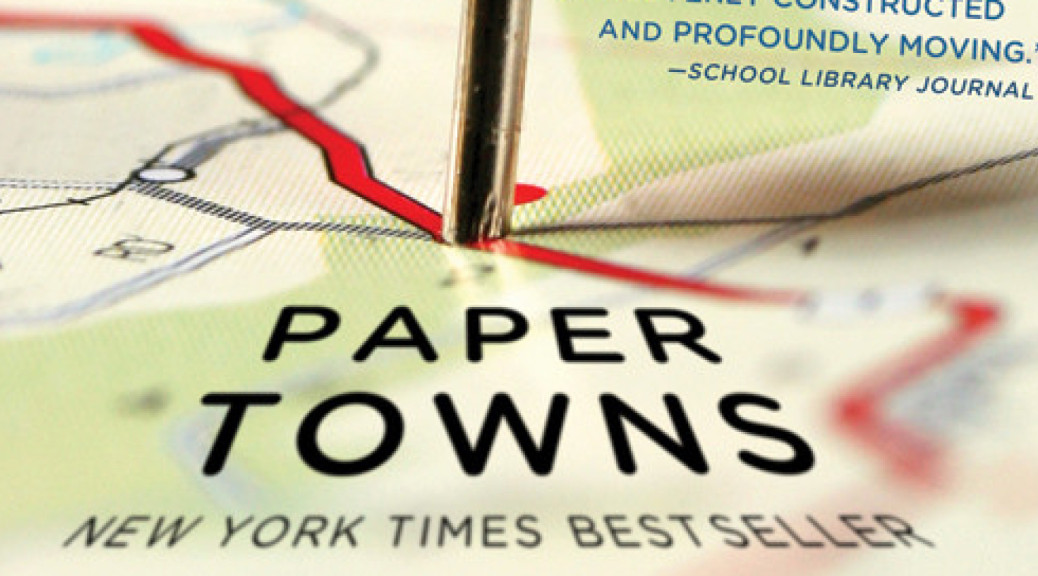 There are two kinds of herds of movie teens.  One is the grizzled cynical old people trapped in young skins who know everything and the eventual realization of their lack of knowledge  either drives them to drugs/drink/barnyard animals; the usual.  Then there are, for lack of a better term, Joss Whedon teens, who know more literary references and wit than most teenagers, other than myself at that age of course, would never have had the time to suck up into their pubescent noggins.  John Green doesn’t write teenagers like that.

John Green’s teenagers are what teenagers are: tiny, screwed-up adults who’ve been handed all the equipment to be a grown up without the courtesy of anyone handing them any sort of instructions.  Anyone who read the site last year couldn’t swing a stick without me yodeling from the mountaintops what a fantastic book Green’s The Fault in Our Stars is.  Green has written four solo novels, a collaboration with another writer and is working on book number five (The Racket).


Of the three remaining Green books that have left to be adapted for the screen: An Abundance of Katherines, Looking for Alaska and Paper Towns, I like Paper Towns the least.  That’s a little like saying, “Well, things got a bit slow in the fifth Harry Potter book, didn’t it?  I only finished its 8,000 pages in two sittings still, but not quite up to snuff.”

The trailer explains enough of the plot and I don’t usually was rhapsodic on Trailer Times (unless they involve John Green, whom I like, did I mention?).  The film may actually be able to fix some of the pacing issues I did have with the novel, my main complaint with it was that we were taking forever to get to the endgame.  Still a great book.  Still a movie I’ll go see.  If someone doesn’t make quality adaptations of An Abundance of Katherines or Looking for Alaska soon, I can only say that more rhapsodic waxing will shortly follow.  Paper Towns opens July 24, 2015.