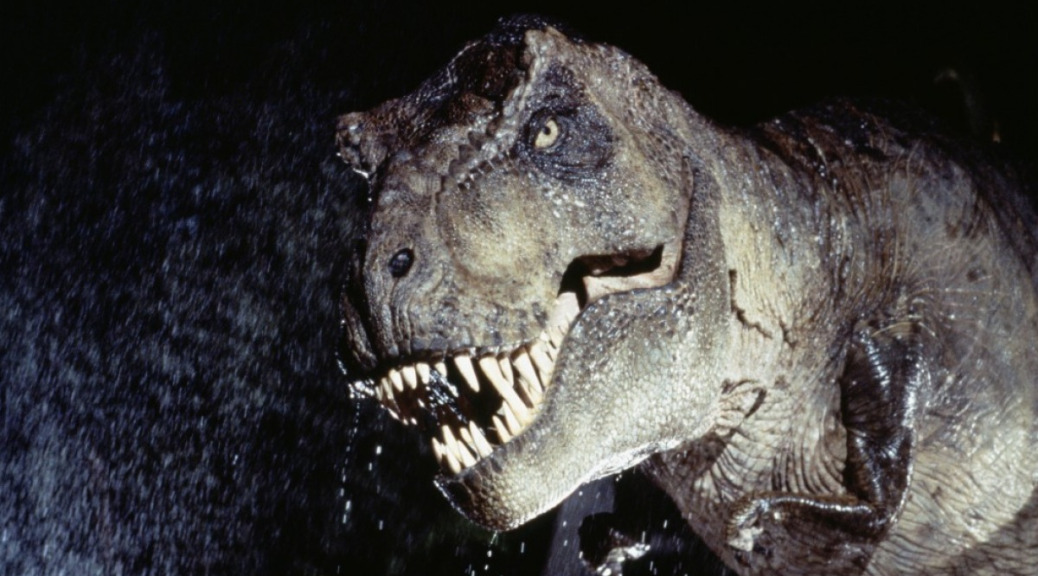 Jurassic World, the fourth entry in the Jurassic Saga, is three weeks away, so guess what we’re doing in this column the next three weeks?  Oh it is time for a stroll down dinosaur memory lane beginning with the biggie: Jurassic Park.  It’s hard to recreate today the amount of buzz this film had on all levels of the population.  You had fans of the novel, you had Spielberg in his prime, you had a genius marketing campaign and you had every kid in the entire world from 3-103 who has ever gone through a “dinosaur phase”.  By the time the film was released, I was vibrating at such an unbearable rate that even my overprotective parents let me go to my first-ever PG-13 movie.

It was one of the greatest theater experiences of my life, and not just because my best friend got so scared by the time the dilo attacked Nedry that he literally ran out of the theater.  There are films that come along ever five years or so, that reimagine what we think F/X are capable of, and the true mark of one of those films is that the original effects hold up.  The dinosaurs in Jurassic World look no better than the T-Rex, who took its place amongst filmdom’s greatest monsters, with its entrance and attack on the convoy.  Everything still looks stellar 23 years after the initial release and oh my sweet Lord typing that made me feel old.  That’s no knock on Jurassic World, but rather just a measure of how far a leap forward this was for special effects.  The funny part about it, if you listen to interviews with Spielberg, is that out of the whole scene, the hardest effect they had was making the rings of water on the glass emanate outwards! 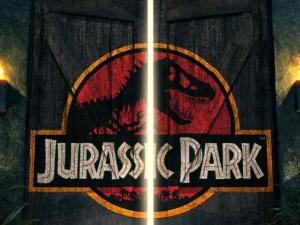