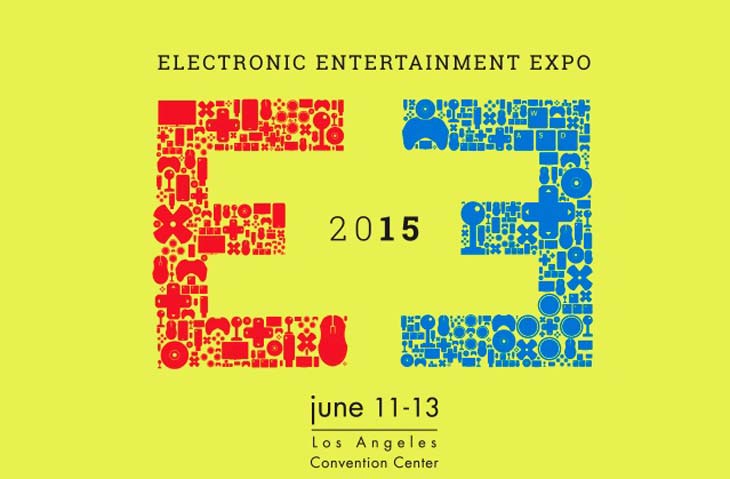 E3 is upon us!  As gamers, this means TONS of gaming news and trailers.  As the guy currently writing KT from the bottom bunk of his friend’s kids room….it means you’re going to get a quick and dirty summary, but I’d never leave you high and dry without an update.  I think I’ve made it pretty clear over the years my bias from Xbox and Microsoft, so-to me-what I’m going to quickly (and by that I mean use someone else’s summary) summarize the briefing and throw up the biggest trailers from day one.  We’re geeking it old school this week (no, I have no idea what that means really).  Here’s Geek Tyrant’s rundown of the Xbox E3 2015 briefing, after some amazing looking trailers of games to come!


At this year’s E3, Microsoft came out of the gate touting that Xbox has the greatest games lineup in its history, and to be honest, it’s quite difficult to argue that. From the new Crackdown and Scalebound to Halo and Gears of War, Xbox is killing it with their exclusives. But let’s get started with what they showed off specifically at this year’s event.

Halo 5 Guardians was the first game to be shown off. Halo 5 will feature drop in/drop out co-op, which is also the main campaign. The new co-op interface lets you command your squad to attack, defend, move, and revive. It seems Halo is getting a bit more tactical. Nathan Fillion’s character was briefly shown off as a Spartan helping Agent Locke track down Master Chief. The two main enemy types shown off were the classic Covenant and the Prometheans featured in Halo 4. One thing that may irk some gamers was a strong blockbuster/Call of Duty vibe. Halo has steadily been mirroring Call of Duty more and more with its L trigger to aim down sights, sprinting, and now it looks like the Call of Duty phenomena has rubbed off on the campaign as well. A new weapon was shown off briefly called the plasma cutter, which seemed to shoot rapidly bouncing plasma shots. A new game mode was also announced that looked incredible; it’s called Warzone and features 12 on 12 matches on maps four times the size of regular ones. Not only is this player versus player, but AI-controlled enemies litter the maps. It’s a mixture of co-op and competitive multiplayer that I am very excited to try out.

The next game shown off was a new IP called ReCore from Mega Man creator Keiji Inafune. The only thing shown was a brief cinematic trailer that implied that different machines will help aid you on your adventure. But with Keiji Inafune at the helm, I am already very excited for this title.

Then Xbox wowed everybody with the announcement that this holiday season, the Xbox One will be backwards compatible with Xbox 360 games. This is huge news. All the capabilities of the Xbox One will work within the 360 games; you can broadcast, take screenshots, and record your awesome moments.

They then showed off their new Elite controller, which got a lot of praise from the crowd. The controller looks like it will be able to be customized to your liking. Thumbsticks (ships with three) and the D-Pad can be switched out, buttons remapped, triggers’ sensitivity raised. The controller also has four paddle trigger/buttons on the back, which can replicate any of the buttons. This feature lets you keep your thumbs on the joysticks at all times. These paddles can also be removed and tweaked.

Fallout 4 (which was shown off yesterday at Bethesda’s E3 Event) made another appearance here with the announcement that PC mods for the game will be made available on the Xbox One. This is a big deal and the logical next step in console gaming.

Plants vs Zombies: Garden Warfare 2 was shown off briefly with a cinematic trailer. The game seems to feature a wide variety of classes and a more grim and gritty aesthetic (well, as grim as a Plants vs Zombies game can get). The game will be released in spring 2016. 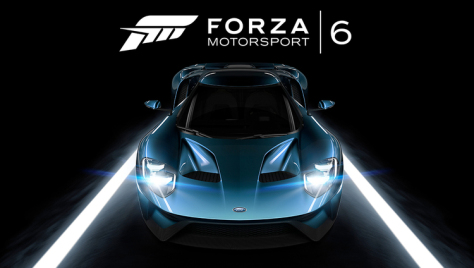 Forza 6 was then officially announced. Nothing groundbreaking here, though — it just seems to be more of the same. The game will be released on September 15, 2015.

Dark Souls 3 was then officially announced with a beautiful cinematic trailer. The game will be released early 2016. I’ll know more when I meet with Namco later this week. 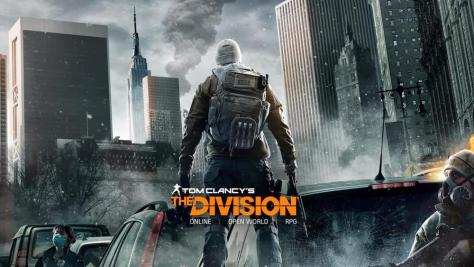 The Division was then shown with yet another cinematic trailer. But this also came with the announcement that there will be a beta this December. 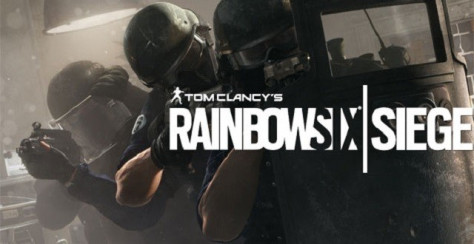 Rainbow Six: Siege was also shown off a bit. This game looks very minimalistic in scope and I’m wondering whether it can stand on its own as a retail product. Regardless, Siege will ship with Rainbow Six: Vegas 1 and 2 on October 13th, 2015! 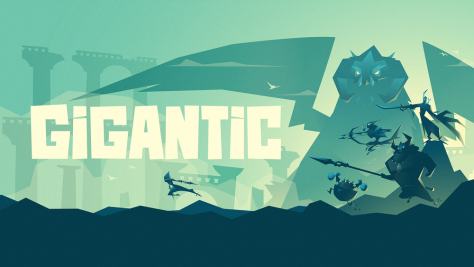 The new MOBA title Gigantic was shown off a bit. This game aims to be the most successful MOBA on the market. If they can pull that off, Microsoft will have a surefire hit on their hands. A beta launches in August.

Elite: Dangerous is an awesome space sim with an evolving player-driven narrative and fully connected multiplayer experience. Starting with only a small starship and a few credits, players do whatever it takes to earn the skill, knowledge, wealth, and power to survive in a futuristic cutthroat galaxy and to stand among the ranks of the iconic Elite. In an age of galactic superpowers and interstellar war, every player’s story influences the unique connected gaming experience and evolving narrative. Governments fall, battles are lost and won, and humanity’s frontier is reshaped, all by players’ actions.

DayZ is the smash hit PC survival zombie game which is finally making its way onto Xbox. Ion is a new game from the creator of DayZ, Dean Hall. Ion is an emergent narrative massively-multiplayer online game in which players build, live, and inevitably die in huge floating galactic constructions, tracing humanity’s first deadly steps towards colonizing the universe. Thanks to technology from Improbable, Ion is a massive interconnected universe with fully simulated real-time environments, including air pressure, heat and cold, power grids and much more, which all must be carefully balanced to keep the unending vacuum of space at bay. And finally, Cuphead is a platformer that looks like a classic cartoon complete with colorful animations and crazy characters.

Next up was Rise of the Tomb Raider. While the gameplay seemed very cinematic, a balance needed to be struck because I never really got the feel that I was watching somebody play as much as watching a cinematic. As we’ve seen with The Order: 1886, overly cinematic gameplay can be a negative. But the game looks absolutely beautiful. The locations seem varied and quite different and I’m excited to return to Lara Croft’s world.

Then Microsoft announced Rare Replay, a collection of 30 games all developed by Rare in honor of its 30th anniversary. These titles range from Battletoads and Conker’s Bad Fur Day to the Perfect Dark Games and Banjo Kazooie. It’ll be great to return to these titles as well as give new players the ability to visit these worlds for the first time. Rare also announced a new title called Sea of Thieves. This looks like the pirate simulation I have been waiting for. It’s a first person shared world title where to take to high seas with friends to do whatever your pirate heart desires. 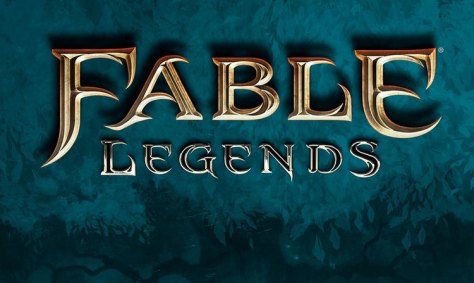 Once again Microsoft showed off Fable: Legends; the free to play Fable title. Nothing really new was shown compared to what we’ve already seen. The cool thing about this title, though, is the ability to play across both Xbox and PC.

Microsoft then touted their partnerships with Oculus and Valve VR and showed the awesome capabilities of Hololens when used with Minecraft. Now, I have never been a huge Minecraft fan, but this demo was amazing. The entire crowd was blown away. Hololens doesn’t seem to be a gimmick, but just an awesome addition to the growing tech market in gaming. 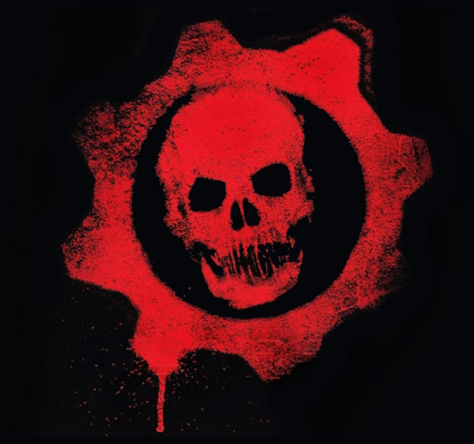 Lastly, the curtain was pulled back on the Gears of War franchise. This August, the first Gears of War title will be remastered and released. I was a bit disappointed that the remaster is not a complete collection, but I’m still psyched to return to where it all began. Gears 4 was also announced. This is the start of a new saga. The gameplay demo did not feature Marcus Fenix or any of Delta Squad, but two entirely new characters. Gears 4 will be released Holiday 2016.