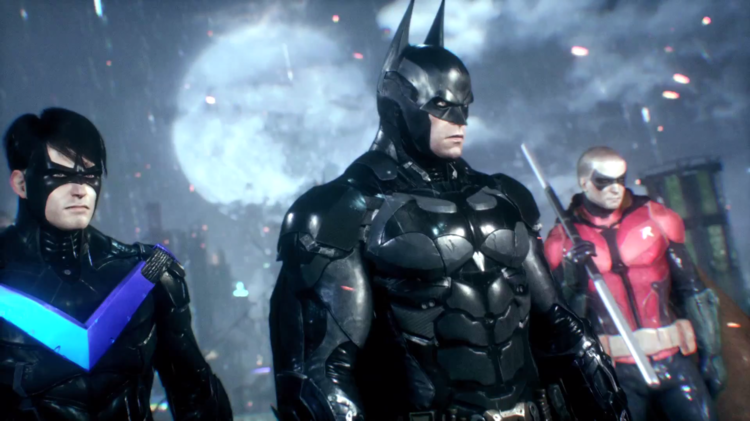 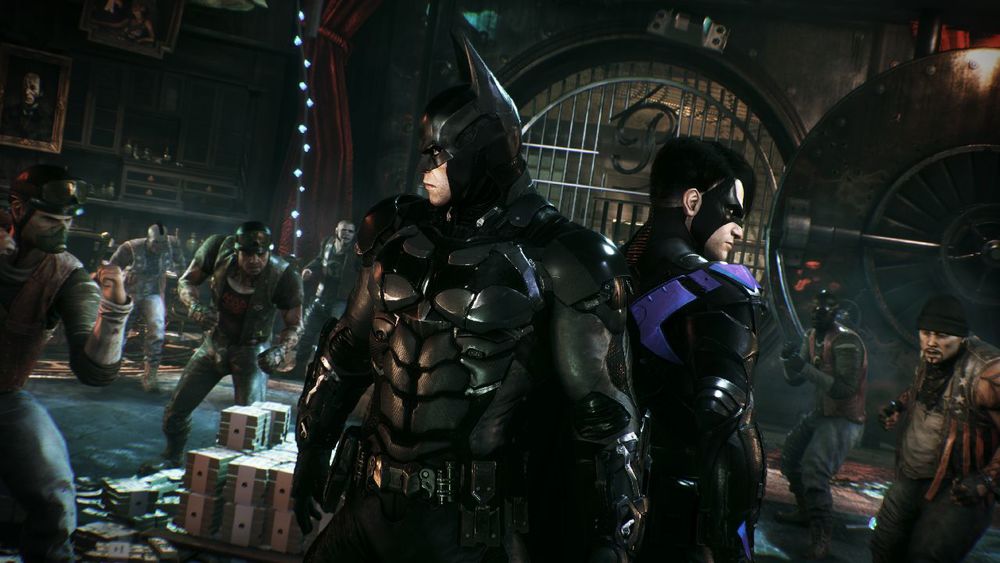 I have had Batman: Arkham Knight pre-ordered and sitting in a dormant, locked state on my Xbox One since pretty much the minute Microsoft let me spend money on it.  Starting around 10pm tonight, I will be hammering on the “LAUNCH” button hoping the game unlocks, and will continue to do so until it does.  The official release date for Rocksteady’s final entry in its award-winning Arkham series is tomorrow (June 23rd), and ahead of that comes the last trailer for the game….THE LAUNCH TRAILER!  I will write posts tomorrow, but I will resent you all, because I will be busy….BEING THE BAT!
Batman: Arkham Knight brings the award-winning “Arkham” trilogy from Rocksteady Studios to its epic conclusion. Developed exclusively for New-Gen platforms, Batman: Arkham Knight introduces Rocksteady’s uniquely designed version of the Batmobile. The highly anticipated addition of this legendary vehicle, combined with the acclaimed gameplay of the Arkham series, offers gamers the ultimate and complete Batman experience as they tear through the streets and soar across the skyline of the entirety of Gotham City. In this explosive finale, Batman faces the ultimate threat against the city that he is sworn to protect, as Scarecrow returns to unite the super criminals of Gotham and destroy the Batman forever.The Batmobile is brought to life with a completely new and original design featuring a distinct visual appearance and a full range of on-board high-tech gadgetry. Designed to be fully drivable throughout the game world and capable of transformation from high speed pursuit mode to military grade battle mode, this legendary vehicle sits at the heart of the game’s design and allows players to tear through the streets at incredible speeds in pursuit of Gotham City’s most dangerous villains. This iconic vehicle also augments Batman’s abilities in every respect, from navigation and forensics to combat and puzzle solving creating a genuine and seamless sense of the union of man and machine. 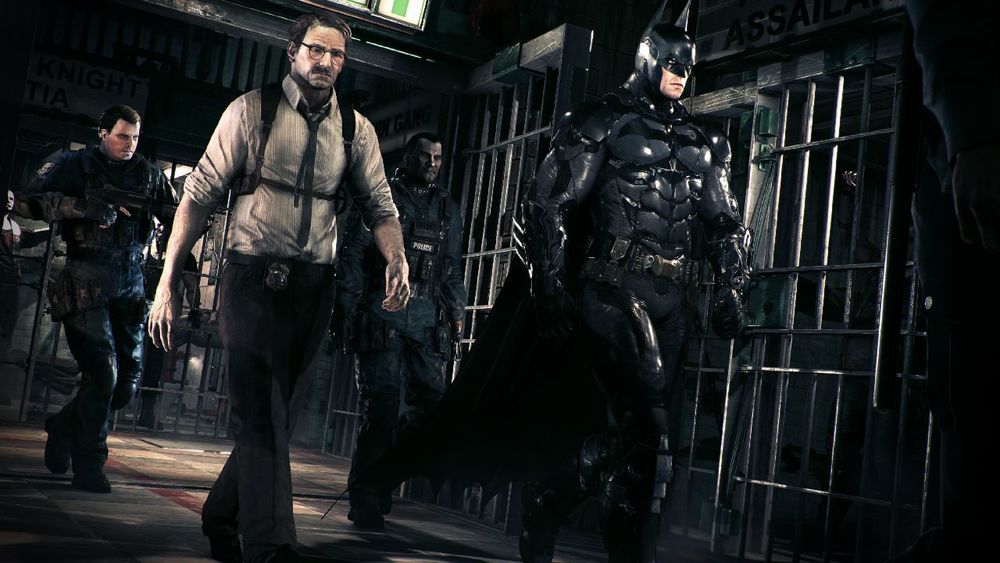