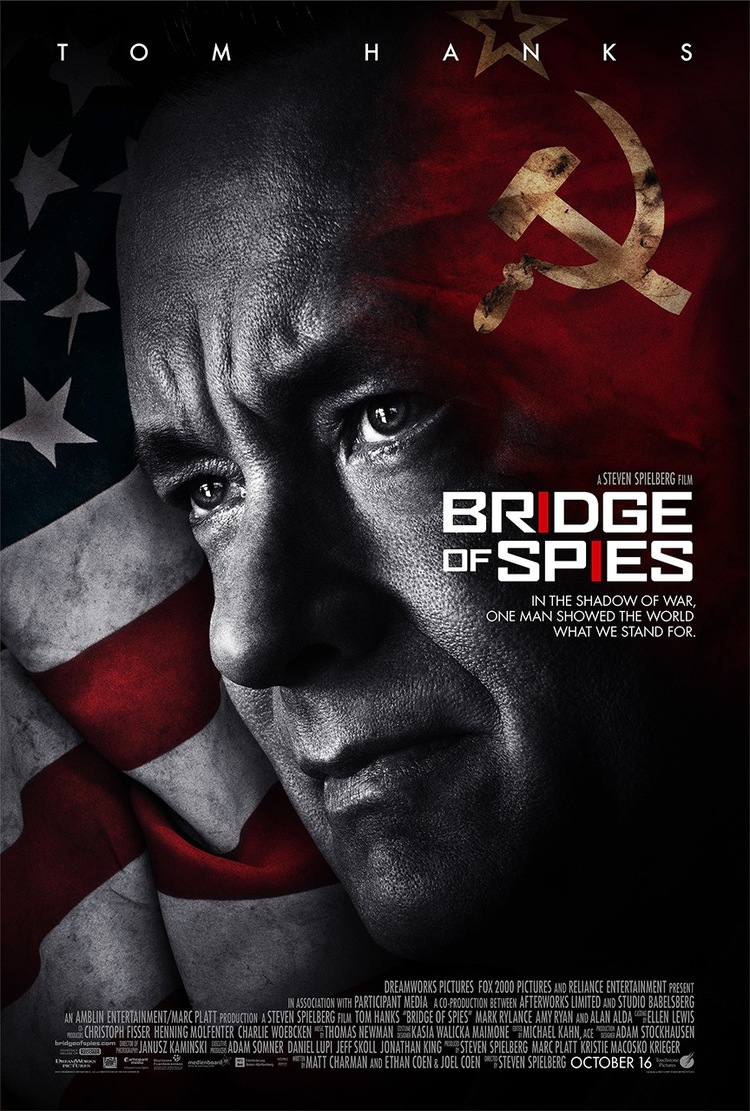 This is definitely one of the must-see films of the fall for me, and I hope a return to form for Spielberg.  One interesting note is I think this is the first film John Williams hasn’t scored for Steven Spielberg in nearly 30 years, the composer presumably being busy scoring Star Wars: Episode VII.


Set against the backdrop of a series of historic events, Bridge of Spies tells the story of James Donovan (Hanks), a Brooklyn lawyer who finds himself thrust into the center of the Cold War when the CIA sends him on the near-impossible task to negotiate the release of a captured American U-2 pilot. Screenwriters Matt Charman and Ethan Coen & Joel Coen have woven this remarkable experience in Donovan’s life into a story inspired by true events that captures the essence of a man who risked everything and vividly brings his personal journey to life. The film will be released in theaters nationwide on October 16, 2015.