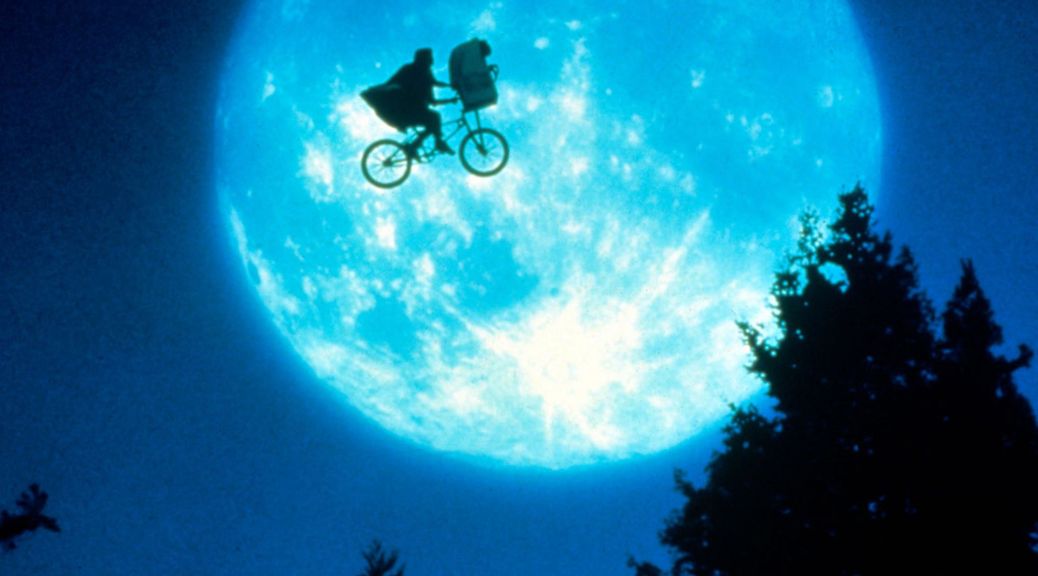 It’s a scene that’s become so iconic that Spielberg’s production company, Amblin Entertainment, uses it as its logo.  I recently had the joy of watching E.T. for my 500th time, but with two little girls for the first time (if that sounds weird, chalk it up to allergy meds and not me being a pedo; my nieces for crying out loud….stupid benadryl, it’ll destroy your writing).  At any rate, while I always love seeing the film, it really made my day to see how it captured kids still.  It’s such a simple story: kid finds alien, kid gets alien back home, but it captures so much about being a child and the possibilities you feel at that age.  I would love to pull up an arcane scene that sticks with me, but, no, it’s the bicycles flying across the moon to another of John Williams’ classic themes.  It’s magic.  It’s why we watch movies.