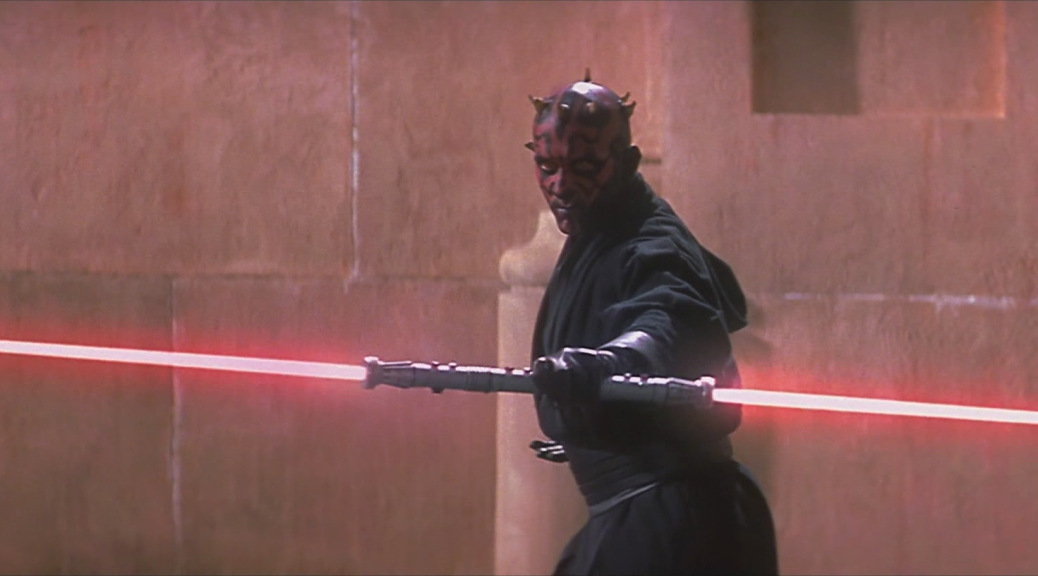 Six weeks.  All the anticipation leading toward Star Wars Episode VII and now only six weeks stand between us and the first Star Wars film in a decade.  The build-up and the hype can only be compared to the last time Star Wars returned in 1999 with Episode I: The Phantom Menace.  I’ve been saving the Star Wars films in this column to lead up to Episode VII so we’ll be doing one a week until we can return to a galaxy far, far away. 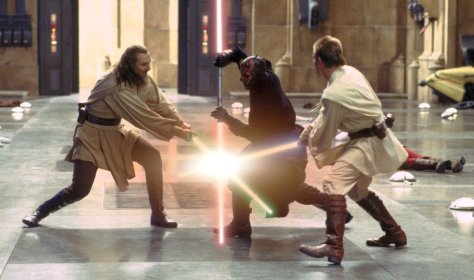 Everybody has an opinion on the Prequel Trilogy.  Since these columns focus on my favorite bit of a film, I’m not going to dwell very much on negativity.  In a nutshell, I think Episode I is a very flawed film, I think Episode II has great moments but is overall a waste of valuable time to show Anakin’s slide to the Dark Side, and I think Episode III is every bit as good as the Original Trilogy with the only flaws in the film being those created by the two preceding it.


The duels in Star Wars films are always, if not THE, best scenes in the film.  They’re not just fights; they’re culminations of character arcs and (nearly always) very, very personal.  The duels in the Prequel Trilogy are superior in fight choreography and outshine the physical part of the OT duels.  That’s no knock on the OT, but by that time you had Vader at the end of his life, Kenobi at the end of his and Luke barely trained.  In the prequels, you got to see what Jedi and Sith at the height of their powers were capable of and there’s no better example than Duel of the Fates. 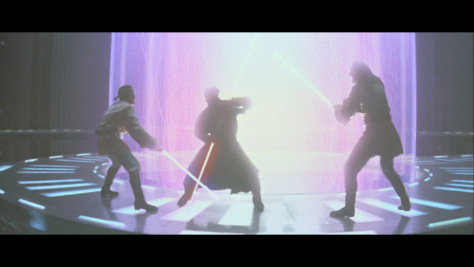 I’ve included two videos.  The first is a fan cut of the duel without any intercutting, so you don’t have to be reminded that Gungans are a thing while you watch it.  The second is the music video/trailer that was released with Phantom Menace highlighting John Williams’ amazing composition, because in this film-more than any other-the music is integral to the duel.

That moment when the trumpets blare and the door opens to reveal Darth Maul is one of the best in any of the films.  Do you remember the first time you saw it and he ignited the double-blade?  Theaters went INSANE.  Maul was such a great character.  Lucas made one mistake with this duel and that was killing Maul, because his character should have been the Vader of the PT.  Even Lucas eventually relented on this and Maul was resurrected with cyborg legs in Star Wars: Clone Wars.  I’ve watched this duel a couple hundred times and it never gets old.  It’s one of the best moments in the entire franchise, and a great way to start counting the days before we get a batch of brand new memories.