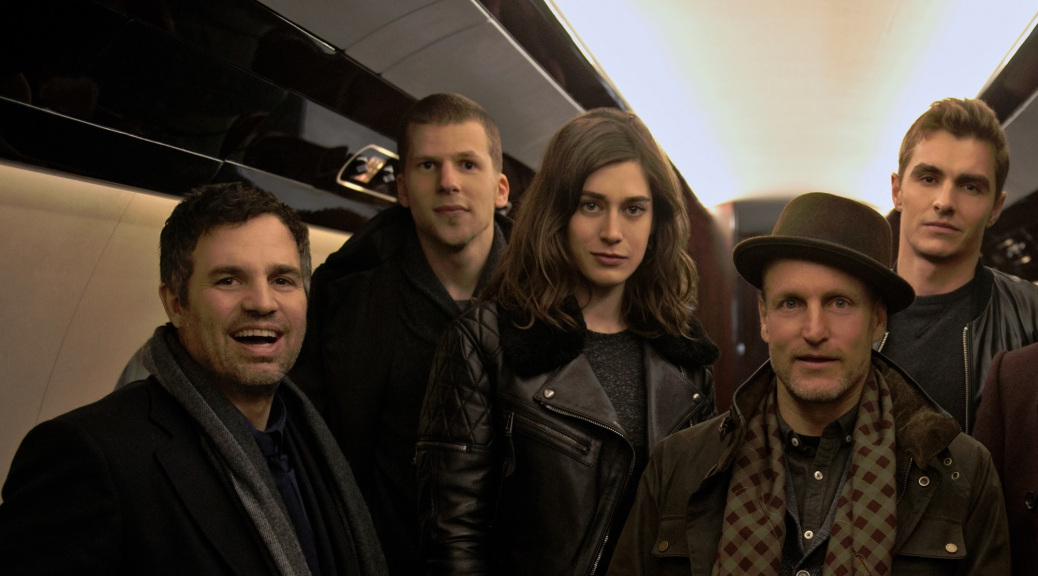 One year after outwitting the FBI and winning the public’s adulation with their Robin Hood-style magic spectacles, The Four Horsemen resurface for a comeback performance in hopes of exposing the unethical practices of a tech magnate. The man behind their vanishing act is none other than Walter Mabry, a tech prodigy who threatens the Horsemen into pulling off their most impossible heist yet. Their only hope is to perform one last unprecedented stunt to clear their names and reveal the mastermind behind it all.

Now You See Me got mixed reviews, but, I thought it was absolutely brilliant fun.  They left the end of the first movie open for the possibility of more and more is coming in summer 2016.  The thing that stands out to me is that the female leads from the first film, Isla Fisher and Melanie Laurent, are not returning for the sequel.  Fisher was 1/4 of the Four Horsemen and her place appears to be taken by Lizzy Caplan.  It does look like Morgan Freeman and Michael Caine are returning, and I hope this ends up being as much of a blast as the first.  Now You See Me: The Second Act opens June 10, 2016. 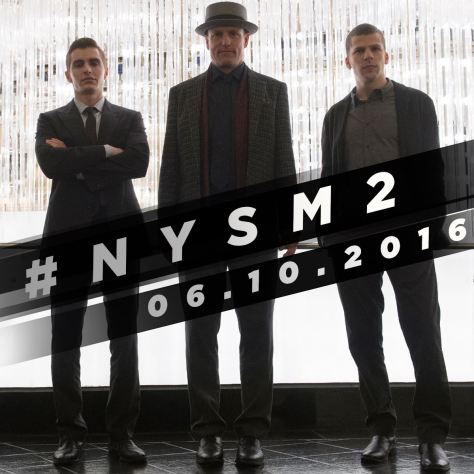