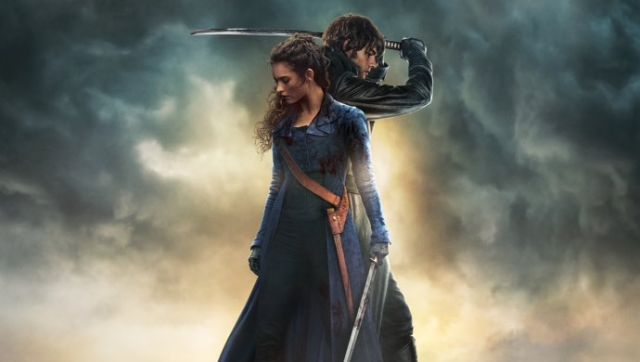 I don’t say this to brag, but I’m a very well-read person.  I went through a phase from 10-20 when I read pretty much every “classic” in print.  I did TRY to read Jane Austen, but found that it was very hard to focus on the story when I was rolling my eyes every six seconds.  There are Austen DIE HARDS.  I should know, because my mother and my sister revere anything she writes like it’s just shy of the King James Bible on the “Take This Very Freaking Seriously” list.  The BBC could adapt Jane Austen’s shopping list and my mom and sister would weep in rapt attention.


So when Seth Grahame-Smith, who also wrote Abraham Lincoln: Vampire Hunter and Sense & Sensibility & Sea Monsters, wrote Pride and Prejudice and Zombies, it was all I could do to not make that their Christmas present with touching personal inscription the gist of which would have been “HAHAHAHAHAHAHAHAHA”.  THIS is an Austen movie I can get behind, yet, somehow, I think the female members of my family won’t take it to heart the way they have at least seventeen versions of it that they have on video.  Read the official synopsis and check out the poster for the film, as well.  I don’t say this all to say that it is going to be GOOD.  I say all this to say there is a film that has Mr. Darcy as a zombie killer and that means America still works.

A zombie outbreak has fallen upon the land in Jane Austen’s classic tale of the tangled relationships between lovers from different social classes in 19th century England. Feisty heroine Elizabeth Bennet (Lily James) is a master of martial arts and weaponry and the handsome Mr. Darcy (Sam Reilly) is a fierce zombie killer, yet the epitome of upper class prejudice. As the zombie outbreak intensifies, they must swallow their pride and join forces

on the blood-soaked battlefield. 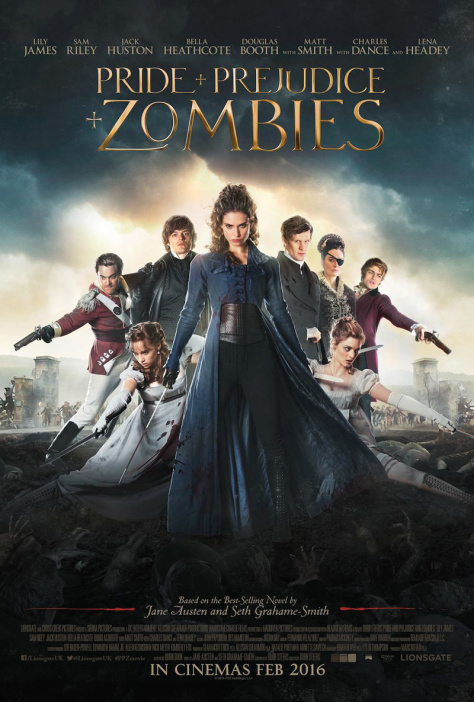 Written and directed by Burr Steers (Igby Goes Down), Pride and Prejudice and Zombies is based on the book by Seth Grahame-Smith and stars Lily James (Cinderella

Screen Gems will release the film domestically just in time for a bloody Valentine’s Day on February 5, 2016.

One thought on “Trailer Time: Pride and Prejudice and Zombies (2016) *The Undead Meet Mr. Darcy*”