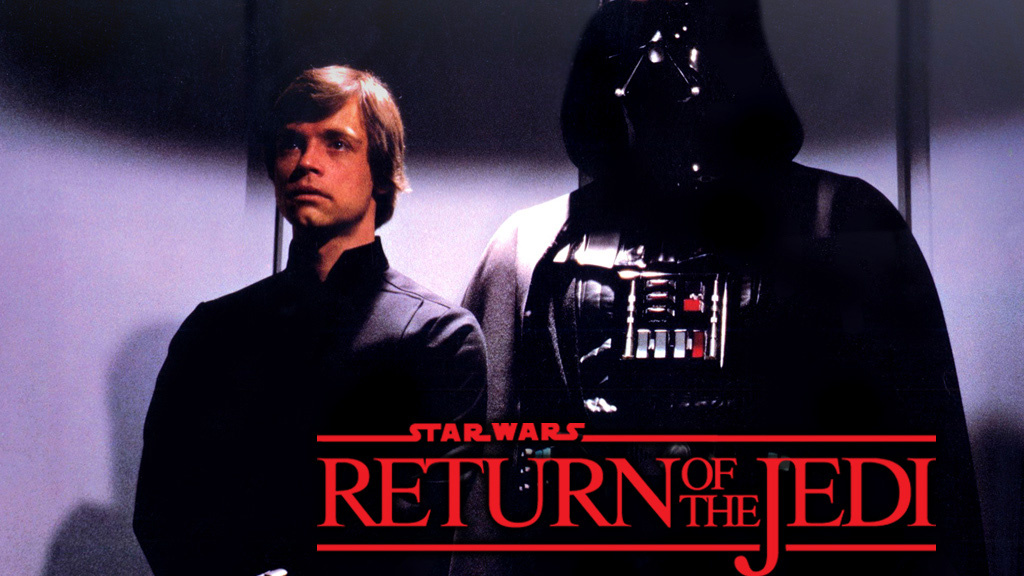 Our six weeks of counting down is over: Episode VII has premiered and will be hitting theaters in just 48 hours.  Return of the Jedi is the last time we saw our heroes (and villains).  30 years will have passed before the opening scrawl on Episode VII and much of what is mystery about the film can be traced back to Jedi’s final confrontation between father and son.

Jedi is the weakest of the Original Trilogy (and I think Revenge of Sith surpasses it).  The tinkering done to the film has also badly damaged it.  The insertion of the hideous musical number at Jabba’s Palace and the senseless replacement of Sebastian Shaw with Hayden Christensen at the film’s end haven’t helped with the inherent Ewok factor that already hampered the film.  On the other hand, the film’s new ending (before Christensen was inserted) is a heck of a lot better end to the trilogy than the “Yub Yub Song” ever was. 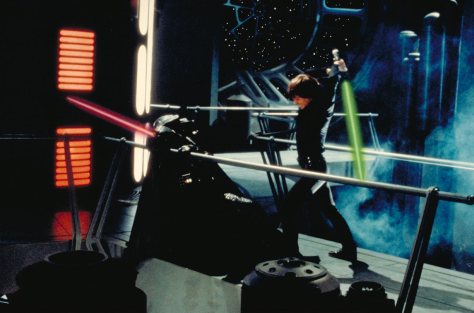 That being that, the film is still fantastic, just not flawless.  Jabba, the Rancor, Sail Barge Assault, Yoda’s Death, Ben’s Revelation, Speeder Bikes, and a final reckoning between Skywalkers.  While this meeting doesn’t have the strong fight choreography that Empire’s duel does, it has so much emotional weight.  Luke is balanced on a knife’s edge between the Light and Dark, Vader is emotionally compromised as Anakin creeps back into his consciousness, and Ian McDiarmid does his best work as Palpatine, poking at the emotional wounds and firing lighting all around. 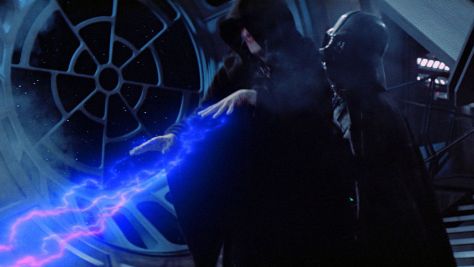 Anakin’s death is a stunning scene.  The first time you watch the film, you can’t believe Vader can come back and to see him weakened from battling Luke physically and Anakin emotionally is startling after watching wield such dark power with such absolute authority.  For years, people had wondered what was under that mask, and the revelation that it was just a sad, old, scarred man changes the way you see Vader forever.  Our scene ends before the moment, but Luke before his father’s funeral pyre is one of the most powerful moments in the entire saga. 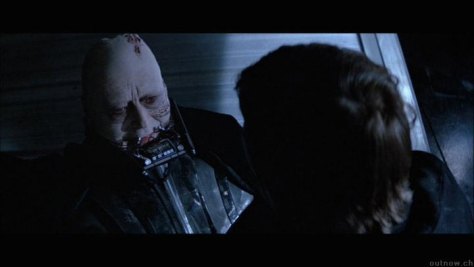 The question is, in light of Luke’s pronounced absence, Kylo Ren’s possession of Vader’s helmet and his pursuit of Anakin’s lightsaber: what did this encounter actually do to Luke?  We always assumed it was the beginning of his resurrecting the Jedi, but something clearly went very wrong after this moment and I think the answer lies in the events in this scene.  We’ll see how right I am soon enough, but wherever the saga takes us next, nothing will diminish the powerful message of redemption for anyone that Jedi sends. 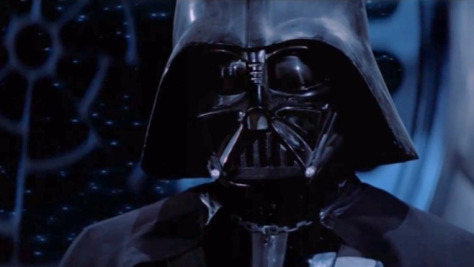