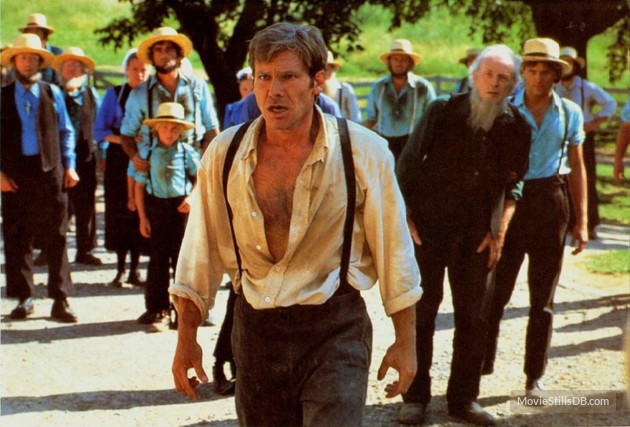 For all the memorable characters he’s created over his career, Harrison Ford has only one Oscar nomination and it’s not for Han Solo, Indiana Jones, Dr. Richard Kimble or Jack Ryan.  His only nomination came from 1985’s Witness, directed by one of the most underrated directors of the 80’s and 90’s: Peter Weir. 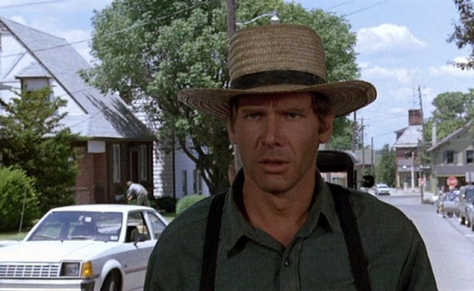 In the film, Ford plays a cop who must go undercover with the Amish in order to protect a young child (Lukas Haas) who witnessed a murder.  The film is one of the best of Ford’s career.  Peter Weir has a talent for taking actors who get complacent in one type of role and bringing something hidden out of them (as he did for Robin Williams in Dead Poets Society and Jim Carrey in The Truman Show).  Ford is not exactly Amish in temperment, so on a trip to town, the locals, who are accustomed to teasing the group without reaction, gets a handful from Ford.  He’s not really in a “turn the other cheek” place at this moment.  But then, Ford usually isn’t.