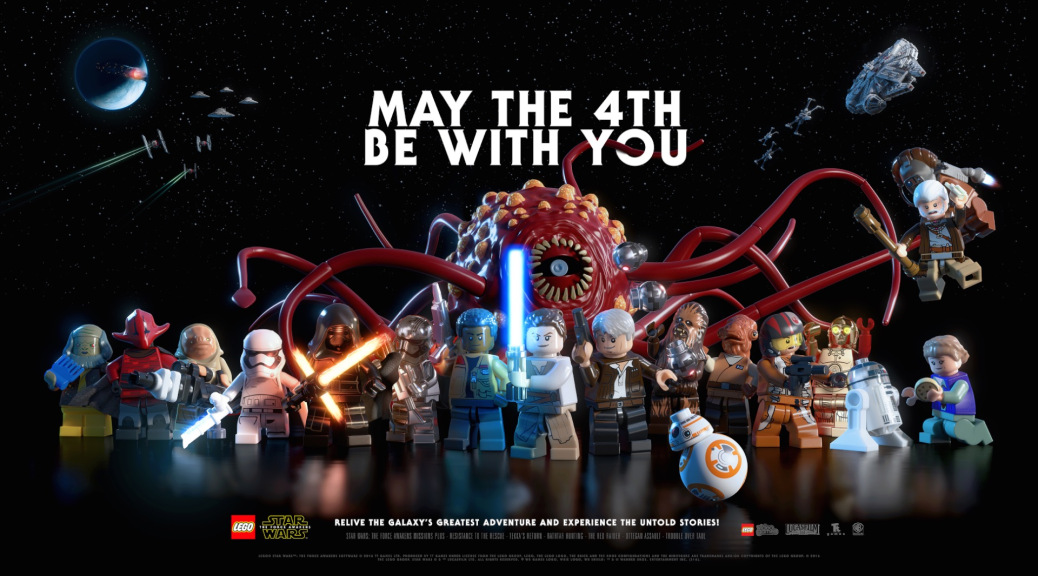 Just in time for Star Wars Day, Telltale Games has released a full trailer for LEGO Star Wars: The Force Awakens.  Check out the new trailer and game details below courtesy of xboxachivements.com.


TT Games and Warner Bros. have released a new trailer and some fresh details on LEGO Star Wars: The Force Awakens to tie in with Star Wars Day, revealing some of the untold stories you’ll experience in the game that lead up to the events of the movie.

The New Adventures Trailer shows off stories like Han and Chewie’s voyage to capture the ravenous Rathtars; the Crimson Corsair foiling the plans of the First Order; the secrets behind Lor San Tekka’s journey to Jakku Village; Poe Dameron’s daring rescue of Admiral Ackbar; the events leading to C-3PO obtaining his red arm; and the discovery of a puzzle piece that leads to the Resistance and the First Order finding Lor San Tekka on Jakku in the movie’s opening.