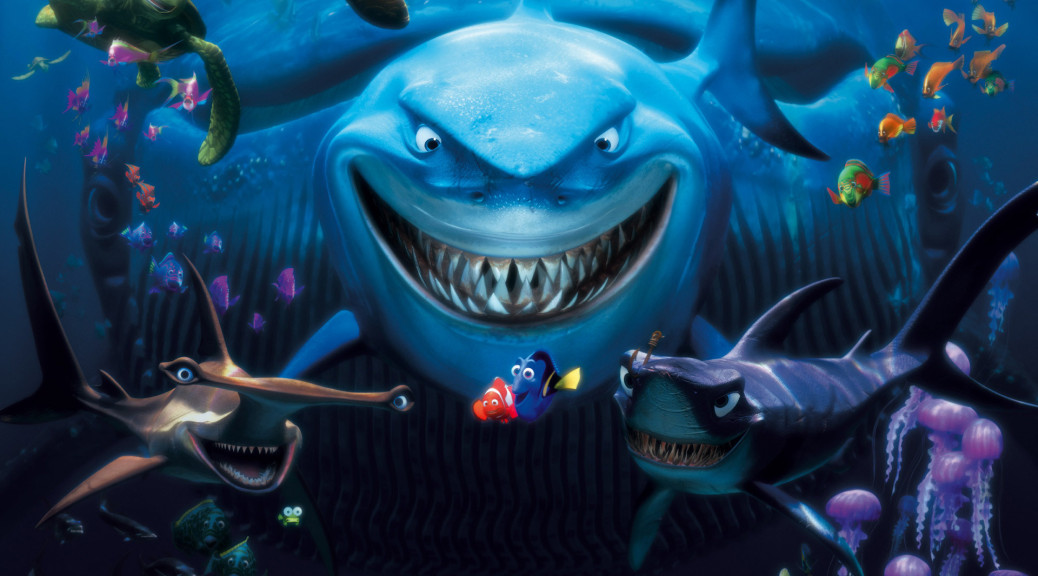 Finding Nemo remains one of my three favorite Pixar films despite the overwhelming amount of “just keep swimming” advice I have received since my wife passed.  This is a subtle hint to people that we’ve capped out on that particular advice.  “Baby steps” will also not serve as an acceptable substitute.  Nemo, after perhaps the most gruesome holocaust of family members in Disney history (His mom and HUNDREDS of brothers and sisters???  What is Disney’s issue?)

Thirteen years later, the film’s sequel, Finding Dory (in which I assume her family will NOT die as she is going to find them) hits theaters this Friday.  Dory may be my favorite Pixar character.  There’s something so guilelessly joyful about her and that’s in large part to the wonderful job Ellen DeGeneres does with her voicing.  No more is her complete lack of fear (and comprehension) more demonstrable than when she and Marlin (Albert Brooks) meet Bruce the Shark.  But then it turns out Bruce is part of a rehab group for sharks trying to befriend fish and we get an AA meeting parody.  It’s hilarious, a great twist, and just one of the reasons the film is a classic.  Here’s hoping Finding Dory is more Toy Story 2 than Cars 2 or Monsters University. 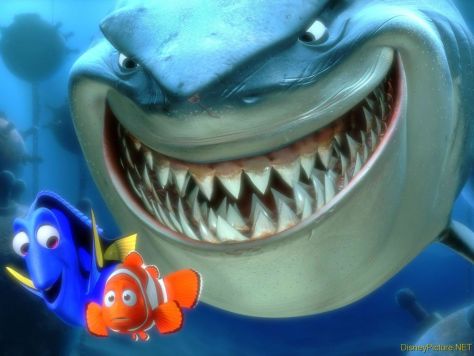 One thought on “My Favorite Scene: Finding Nemo (2003) “Bruce the Shark’s Rehab Group””