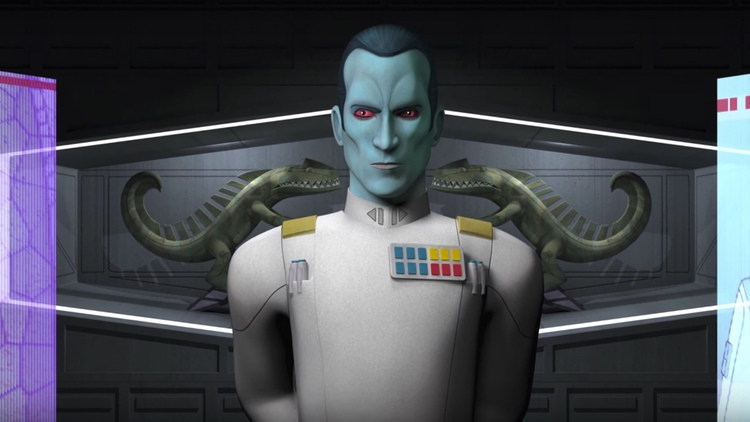 We expected news to come out of this weekend’s Star Wars Fan Celebration in London, and we haven’t been disappointed.  From the Rogue One sizzle reel and poster (c’mon, let us all see the new trailer!!!), to new details about this December’s live-action film, we’ve also gotten new details about the novels that will lead up to Rogue One, and a very big one coming in 2017 tying into the Star Wars Rebels panel.  First of all, if you have not seen the end of season two, the rest of this may get into spoilers and the trailer definitely will, so be warned. 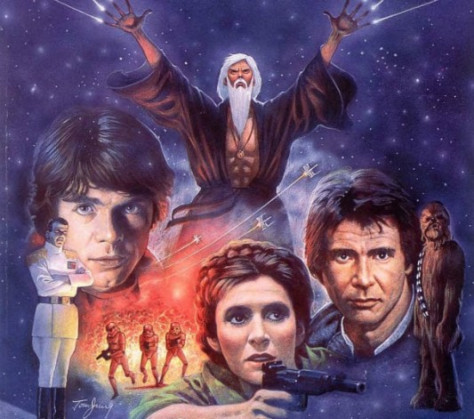 The biggest news from the trailer is that one of the most beloved characters from the Star Wars Extended Universe, which was made non-canon by Disney when it purchased Lucasfilm, is returning in a big way.  Grand Admiral Thrawn was introduced in Timothy Zahn’s 1991 novel Heir to the Empire, the very beginning of what would become the EU.  In the novel, Thrawn unites the remnants of the Empire after Return of the Jedi, but his return will place him before A New Hope.  Star Wars Rebels is chronicling the rise of the Rebellion, so Thrawn will play a different role than before, but his creator Timothy Zahn will return to write a new novel in 2017 that re-establishes the character in the timeline.  Entertainment Weekly has more on Thrawn and Rebels’ show runner Dave Filoni’s comments on other prominent EU characters possibly appearing in Rebels.


A member of the Chiss species, Thrawn was one of the few non-human Imperial officers — distinguished by his intellect and ruthlessness. Although his rise to power took place after Jedi, he now occupies the timeline before the original 1977 movie, since Rebelsfocuses on the building of the uprising that would eventually topple the Empire.

He’ll be voiced by Lars Mikkelsen, brother of Mads, who is coincidentally co-starring in Rogue One as Jyn Erso’s father. Filoni said he imagined their Christmas will include a lot of Star Wars talk.

Zahn appeared via pre-recorded video to thank Filoni for bringing back the character and announced that he’s busy working on a newStar Wars novel, titled — of course — Thrawn. 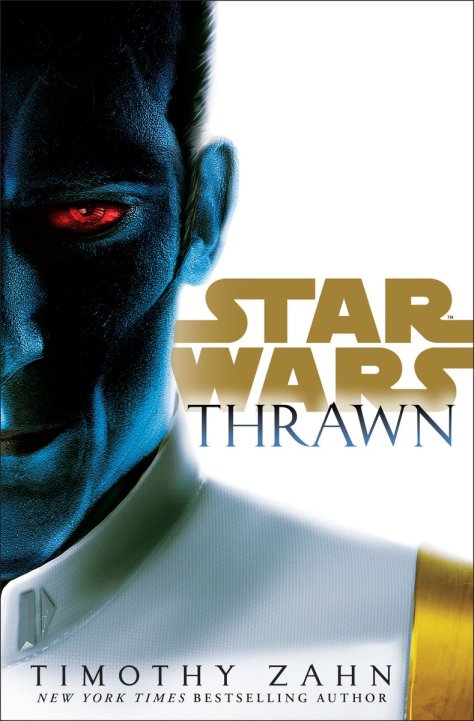 During the audience Q&A, one of the first questions Filoni was asked was if he would also be resurrecting another character from Heir to the Empire — Mara Jade, a former operative for the Emperor who goes on to become Luke Skywalker’s wife.

Filoni’s answer was blunt. “I saw that coming a mile away,” he said. “No, not likely. You just got Thrawn! Remember that?”

Eagle-eyed audience members also spotted a familiar starship in the trailer — the Outrider, a vehicle piloted by Dash Rendar, a smuggler from the 1996 Shadows of the Empire video game, who also became a popular Expanded Universe/Legends character.

But Filoni shut that down, too. “No,” he said, turning to Rebels voice actors Sam Witwer and Tiya Sircar. “See what I have to deal with on a daily basis?” He confirmed that an Outrider-style ship was dropped into the trailer as an homage, but that Rendar would not be making an appearance. 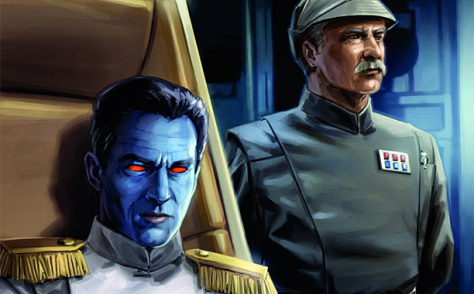