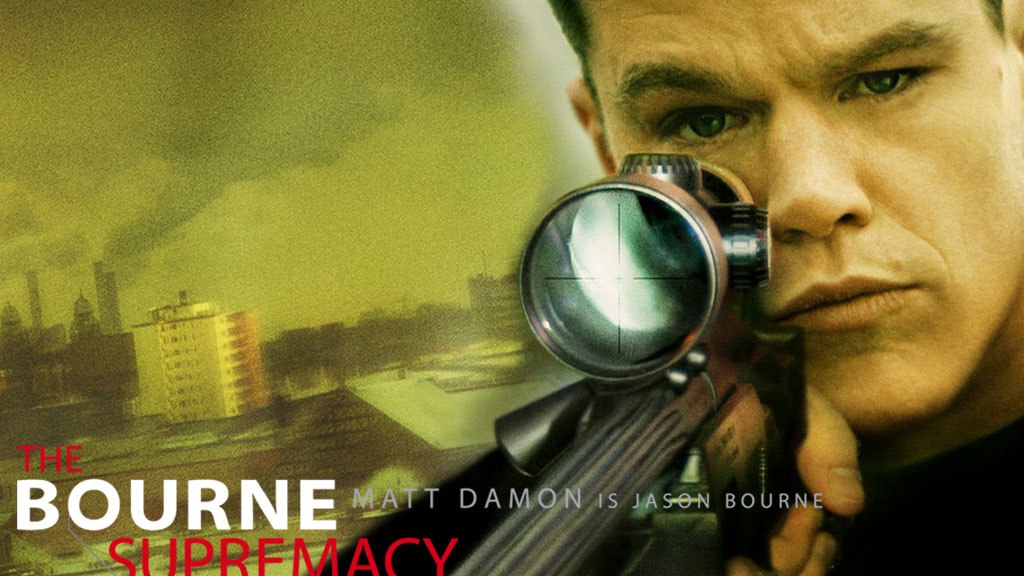 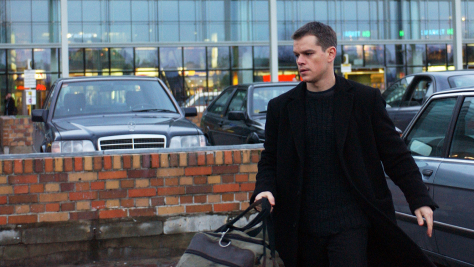 We are now two weeks away from the fifth entry in the Bourne series: Jason Bourne.  The film marks the return of Matt Damon to the title role and director of films two and three: Paul Greengrass.  Most likely, this will be the last Damon Bourne film.  We’re looking at the first three entries in the series in this column leading up to the film (because really why submit yourself to The Bourne Legacy?).  Last week we looked at The Bourne Identity, this week we taken on it’s sequel: 2004′ The Bourne Supremacy.

The Bourne Identity ended on a neat, pat note.  I think that was partly because they weren’t sure if the film was going to stand on its own, and it could’ve left there.  Bourne had reunited with Marie, the woman who brought him back to humanity in the first film, and after taking down his cell of the CIA black ops program Treadstone, he left a warning that if anyone ever came after him, if he ever so much felt disturbed, it would be the the worst mistake anyone ever made.  Sadly, Jason’s happiness is fleeting and he goes back into soldier mode, this time haunted by returning memories of his first mission and a growing realization of what he might have done.  But, make no mistake, Supremacy is a revenge movie.  It’s also one of the best sequels ever made, taking an already fantastic movie and spinning out one of the most intelligent and compelling thrillers ever made.  This is my favorite film of the franchise thus far.  We’ve been cheating a little bit with Jason and doing three scenes: one that showcases how far ahead he is of everyone else, the infamous chase scenes, and the amazing fights..


This is the scene where Jason has located the people who flushed him out and is surprised to see a familiar face.  Nikki (Julia Stiles) is one of the most interesting characters in the series to me, and I hope we get some closure on this plot thread in film five.  To me, it seems obvious that she was involved with the man who became Jason Bourne.  Why she stuck with the program that turned him into a weapon of mass destruction is a mystery, but her role has mushroomed with each film, and I think we may finally learn her story in this year’s film..


The Bourne Identity had a fantastic car chase, so for Supremacy to try to one-up it, they really had to go all out.  What resulted is, in my opinion, the best char case in film history.  Not just because of the amazing action, but the chase is character development, is the culmination of Bourne’s search for the Russian assassin played by Karl Urban, and ends in a symbolic and poignant turn for Bourne.  Plus, he’s not driving an Aston Martin here.  He’s been shot before the chase begins, steals a map of Moscow and a bottle of vodka and some bandages and hijacks something only marginally more sturdy than Identity’s Mini-Cooper.  So while he’s turning Moscow into his personal playground, he’s also got a map on the steering wheel figuring out where he’s going, and dressing his own gunshot wound.  I’m sorry, Bond, but you’d never pull that off.


Ah, and it would not be a Bourne film without a close-quarters fight between top-notch assassins in which Jason has to get extremely creative.  This time, faced with the last other operative in his program at a safe house, he manages to use a magazine to beat the guy and then blow up the house.  With a magazine. 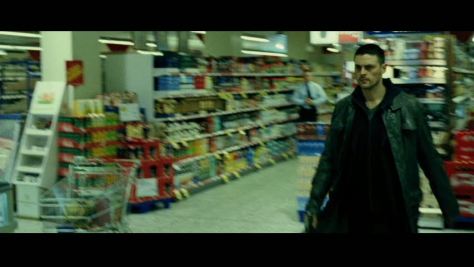