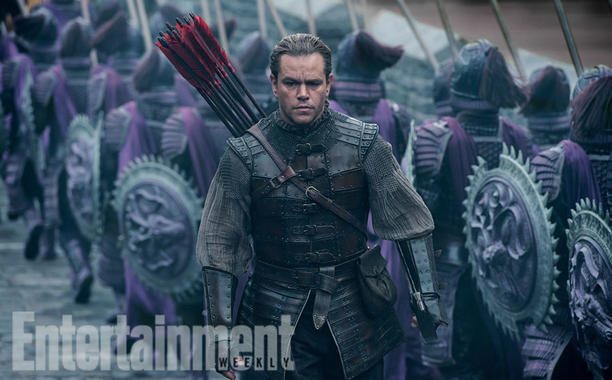 What….is….this?  Matt Damon is not an action star, that’s one of the things that makes the Bourne movies work is that he looks like he could be a data analyst from Iowa.  For awhile, I thought the trailer was a gag leading up to a poke at Donald Trump’s proposed wall for the Mexican border, then I realized it was a real movie and spent the rest of the time just kind of staring at it, mouth agape.  The teaser was just released and EW has released five pictures from the film for its upcoming issue. 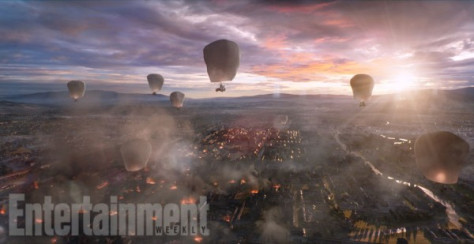 “The film takes place about 1,000 years ago. At its core, it is a period piece and an action film. The fantasy element does play a major role because of the monsters. But, what makes our film unique is that these are ancient Chinese monsters. Even though it’s a fantasy movie, we filmed it in a very realistic way. We want it to feel like the events actually happened. Other than the monster, all aspects of this film are backed by either scientific or historical research.”

The Great Wall is scheduled for a February 17, 2017 release.  That puts it head-to-head with The Dark Tower adaptation.  I’m just going out on a limb and saying I’m probably going to go see that instead. 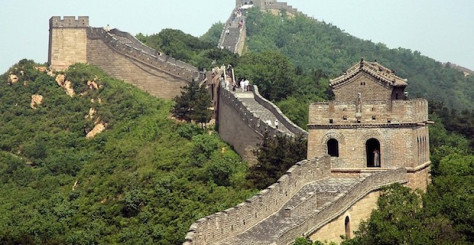