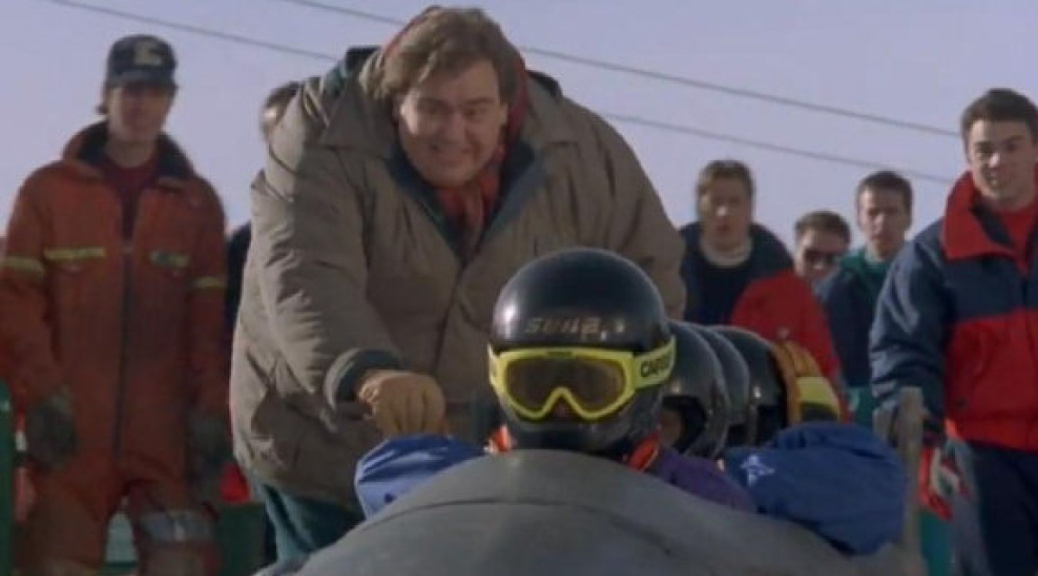 As I mentioned back in my review of Eddie the Eagle (click to read that piece of sports oddity), the 1988 Winter Olympics in Calgary, Canada were a weird games.  In addition to a bespectacled British ski jumper hurtling himself down the slopes to what seemed like certain death, the Caribbean island nation of Jamaica showed up with a bobsled team.  The broad strokes of the weird journey of one of the most beloved group of Winter Olympians in history is chronicled in the fun family film Cool Runnings, which was also, tragically, the last noteworthy movie for star John Candy before his untimely death the following year.  It seems wrong not to highlight Candy’s character, Irving Blitzer, a burnout bobsledder who is drinking himself into oblivion in Jamaica, when one of their best sprinters fails to make the 1988 Summer Olympics.  Undeterred, he searches around for a sport where the country’s famous sprinters might have an impact and he comes up with bobsled. 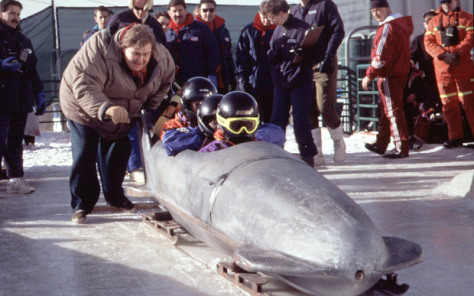 Forcing Blitzer to aid them, we come to his recruitment pitch to a tent full of Jamaicans, none of whom had any idea what they were volunteering for in the bobsled.  It should be said, this isn’t really my favorite scene.  My favorite scene is the team’s inspirational finish, and a close second would be the Jamaicans hitting the Calgary air as they leave the confines of the airport.  However, John Candy is the absolute heart of this film and it cannot work without him.  It’s so tragic we lost him so young.  This is one of my favorite bits of his in the film as he deadpan narrates the most hideous montage of bobsled carnage he could have possibly spliced together.


Below is a short piece on the real 1988 Jamaican Bobsled Team and their legacy, for those curious to know how the Disney-ized version stacks up against reality.  In either version, it’s an amazing story.