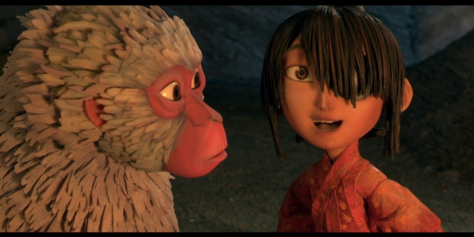 Each Thursday we look at what is going to be coming out in theaters this weekend, show you the trailers for the big releases, predict the box office winner and just generally give you enough of a carrot to pull you through the rest of the work week.  August 19th brings some well-reviewed possibilities as well as, hard as this may be to believe, the most unnecessary remake yet.

What is the logic in remaking a film that has already been remade once, and THAT remake won 11 Oscars?  Are you going for 12?  What is it that 2016’s Ben-Hur can bring that 1959’s Ben-Hur didn’t already cover in one of the biggest epics in screen history?  Yes.  You have Morgan Freeman.  Compelling.  But, love him though I do, Morgan does pretty much anything.  So you’ll get the smooth jazz that is his voice and presence, but that’s not going to make up the immense budget and complete lack of interest in this third Ben-Hur.  It has a very good chance of being the biggest bomb of the summer.  Kubo and the Two Strings has been eye-catching since its very first trailer, and the animated film boasts stellar reviews as does Daniel Radcliffe’s thriller Imperium.  Mixed reviews for the Miles Teller/Jonah Hill arms dealing movie War Dogs that really kind of felt out of place as a key sponsor for NBC’s Olympic coverage Thursday.  Speaking of the 2016 Rio Olympics, this will be the final weekend they impact the box office as the Closing Ceremony is Sunday night.

HOW DID WE DO LAST WEEK?
KT picked Suicide Squad to repeat atop the box office.  The Squad did just that, despite a huge drop from its opening weekend, the third film in DC’s hodgepodge film universe raked in $43.5 million to outpace Sausage Party at $34.3 million (Lifetime prediction record 21-3) .

WHO WILL WIN THE WEEKEND?
This is a tough one.  None of the openers have a ton of buzz, you have the closing weekend of the Olympics, and we’ve entered the doldrums with most kids returning to school this week.  There are two spots on the movie year calendar where a film can open, build buzz, and just roll for weeks on end: Christmas and the first weekend in August.  Suicide Squad, despite the critical lambasting and sharply divided fan reaction, has already made half a billion worldwide.  If it had been a home run, it could have rolled probably until September 9th atop the box office.  As it is, I think it will reign for one more weekend before the picks get really tricky in the late August/September box office crap shoot..