Hollywood loves a comeback story, but given why Mel Gibson’s been wandering in the desert for a decade, his seems the most unlikely comeback of all.  Though I thought it was underwhelming, his acting return in Blood Father was lauded, and his first directed film in a decade earned a 10-minute standing ovation at The Venice Film Festival.  The trailer is extremely impressive, and it looks like Gibson and Hacksaw Ridge will be figuring into Oscar season. 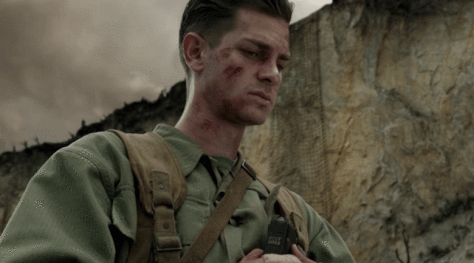 *From Deadline
After wowing critics at early morning press screenings on Sunday, Mel Gibson’s pacifist World War II action drama, Hacksaw Ridge, had its red carpet world premiere out of competition at the Venice Film Festival last night. The film played to a roughly 10-minute standing ovation — long standing-Os are not as common a happenstance on the Lido as they are at some other festivals. At about six minutes into the ovation, Gibson and the actors were asked to go down into the audience. Check out the photos from inside the Sala Grande below (outside, some fans greeted Gibson with their faces painted blue, Braveheart-style).

Garfield plays Desmond T Doss, the real-life conscientious objector who saved 75 men in Okinawa without ever firing or carrying a gun. The faith-based film and horrors-of-war action drama is about a man who “does something extraordinary and supernatural, really, that inspired me,” Gibson had earlier told the press corps. “A lot of attention needs to be paid to our warriors; they need some love and understanding. I hope this film imparts that message. If it does nothing but that, that’s great,” said Gibson.

This is the first film Gibson has directed in a decade and last night at the gala premiere, he and the actors were “overwhelmed” and “very truly speechless,” I’m told by a person close to the gang. A private dinner followed hosted by Hacksaw‘s Italian distributors, Andrea Leone and Eagle Pictures.

There were emotional toasts, notably by producer Bill Mechanic who worked for 13 years to bring the project to life. While at Fox, Mechanic worked with Gibson on Braveheart and called Hacksaw the director’s “greatest film.” One attendee observed, “It was particularly meaningful.” Also at the event were IM Global CEO Stuart Ford and Brian Oliver of Cross Creek Pictures. Principal financiers were Cross Creek, Demarest Films and IM Global who acquired international rights for about half the film’s $40M budget and essentially sold out in Berlin last year.

Lionsgate releases Hacksaw domestically in the heart of awards season on November 4. 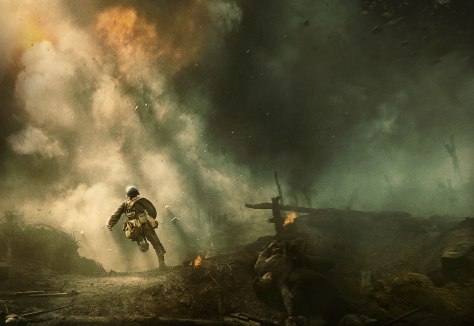