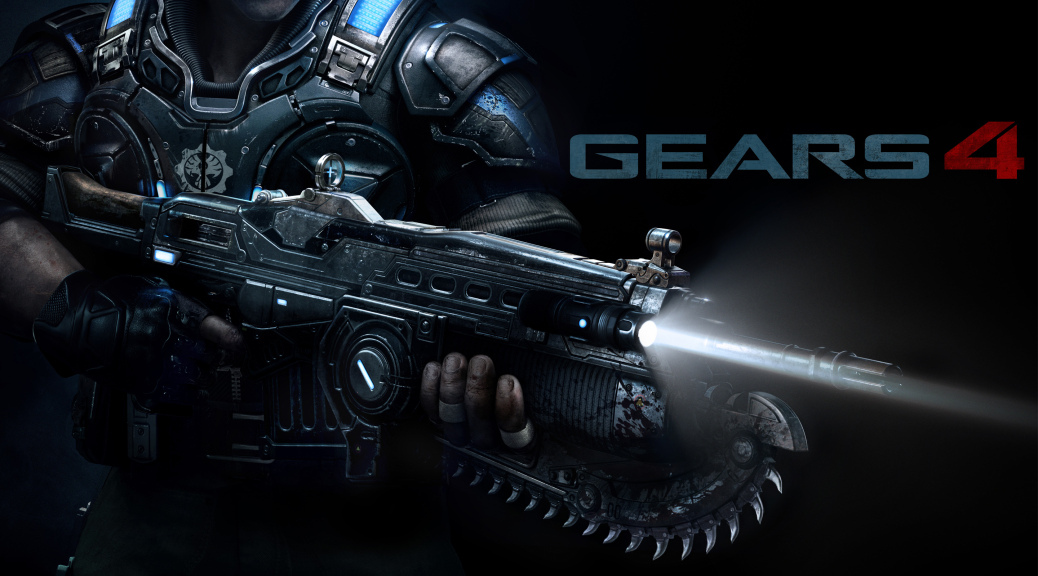 Gears of War 4 takes place 25 years after the Imulsion Countermeasure weapon destroyed all Imulsion on the planet Sera, taking the Locust and the Lambent with them as well.[5] Unfortunately, this also knocked out the use of fossil fuels, forcing humanity to adapt new ways for survival. The countermeasure also brought the advent of “Windflares”, powerful windstorms that form across the planet.[5]Following the aftermath of the Lambent Epidemic, the reformed Coalition of Ordered Governments estimated that only hundreds of thousands of humans are left on Sera. To prevent the population from declining, walled-off cities were built to protect the citizens from the dangers outside. The COG also declared martial law, preventing any travel from outside of city walls. Some human survivors rejected the viewpoints of the COG and formed a group called the “Outsiders” that live outside of the COG jurisdiction, conducting raids on COG territory to gather resources.[5]

The game focuses on the son of Marcus Fenix and Anya Stroud, J.D. Fenix (Liam McIntyre),[6] who, alongside his friends Delmont “Del” Walker (Eugene Byrd)[6] and Kait Diaz (Laura Bailey)[6] deal with a new threat to humanity’s survival.  Gears of War 4 releases for Xbox One and Windows 10 on October 11, 2016.

Gears of War 4 – Achievements
There are 75 achievements with a total of 1000 points.
(list courtesy of xboxachievements.com)

Remember the Fallen (15 points)
Recovered all COG Tags in Campaign

At First I Was Afraid, I Was Petrified (10 points)
Survived the first 10 consecutive waves of Horde in a squad

I Live. I Die. I Live Again! (5 points)
Rescued someone from inside a Snatcher

Chest Candy (10 points)
Earned one of each launch Ribbon


Whoomp, There It Is! (5 points)
They Yanked, you Shanked

Please Sir, Can I Have Some More? (100 points)
Re-upped ten times


Look out! Uh… Never Mind (5 points)
Killed 25 enemies by dropping pods on them

Killdozer (5 points)
Ran over 15 enemies with the Loader

How’s it Going to Work? Teamwork! (5 points)
Won a Casual Co-op Versus match

Give a Name. Any Name. (20 points)
Completed 50 consecutive waves of Horde as Sniper on Insane in a squad (any map)

Oh What a Day! What a Lovely Day! (20 points)
Completed 50 consecutive waves of Horde as Soldier on Insane in a squad (any map)


Betty’s My Kind of Girl (5 points)
Fought your way to the Dam using Jack Jr. and Second Betty

Broadcast This! (5 points)
Defeated the Speaker and his Swarmak mount

Not Going to Stop Us, Right? (5 points)
Defeated the Hive Boss

Warriors, Kings….Wizards. (5 points)
Survived the King’s chamber and discovered a way out of the catacombs


You Smell Bad (5 points)
Rescued Marcus from the Snatcher pod