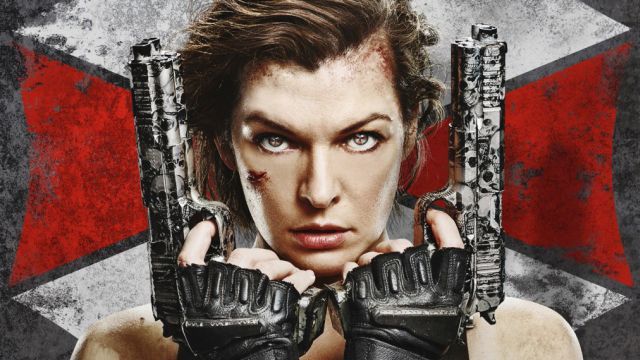 Picking up immediately after the events in Resident Evil: Retribution, humanity is on its last legs in Washington D.C. As the only survivor of what was meant to be humanity’s final stand against the undead hordes, Alice must return to where the nightmare began – Raccoon City, where the Umbrella Corporation is gathering its forces for a final strike against the only remaining survivors of the apocalypse. In a race against time Alice will join forces with old friends, and an unlikely ally, in an action packed battle with undead hordes and new mutant monsters. Between regaining her superhuman abilities at Wesker’s hand and Umbrella’s impending attack, this will be Alice’s most difficult adventure as she fights to save humanity, which is on the brink of oblivion. (Summary from IMDB)

Right now, the six-film Resident Evil series, adapting the survival horror games, is (like it or not) the most successful translation of a video game franchise into a film franchise.  Hopefully that changes VERY quickly as several of the entries are nigh-on unwatchable, but it started decently, and perhaps it will end up paving the way for better franchises in the future.  Jovovich’s Alice has to be ranked among the the top female action characters (if only for want of competition).  The final Resident Evil film will open January 27, 2017. 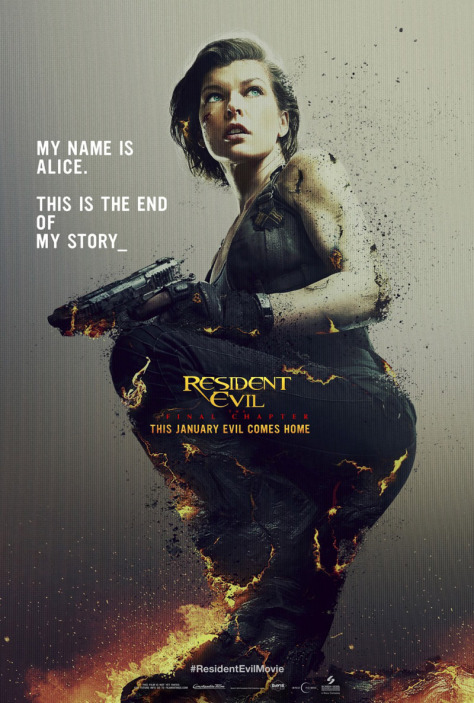