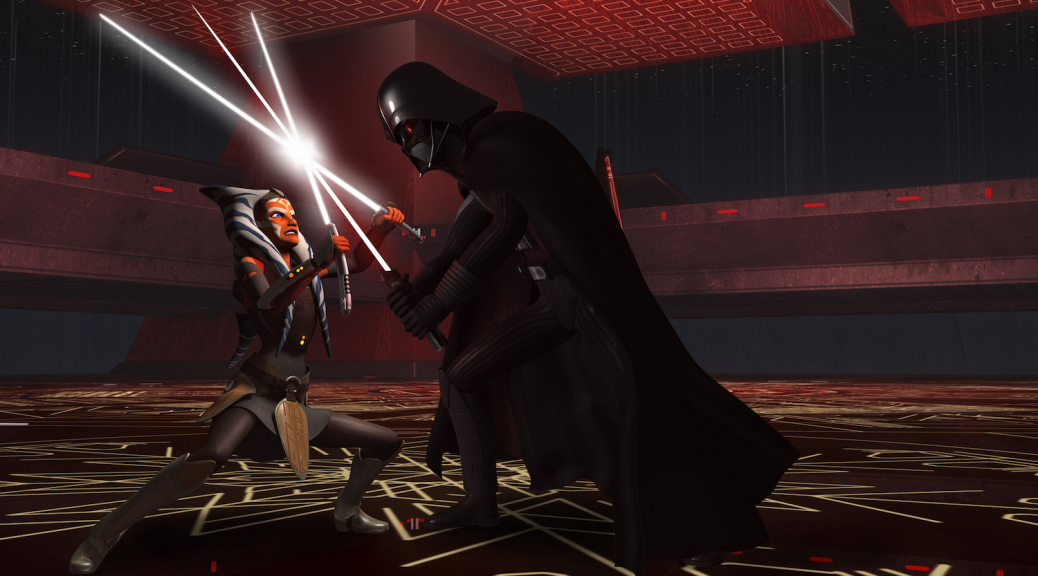 When Star Wars Clone Wars began way back when, one of the most annoying inclusions (and a seeming continuation of the kiddification that drove fans nuts with some of the prequels) was giving Anakin a whippersnapper of a padawan named Ahsoka Tano.  All credit to Dave Filoni and six seasons of Clone Wars and two of Rebels gradually grew Ahsoka into one of my favorite characters on the show, and her re-emergence in Rebels as an adult and a founder of the The Rebellion has been absolute brilliance.  But in that, there’s been a sense of dread, because it seemed inevitable when Ahsoka returned that there was going to be a reckoning and that it wasn’t going to go well for her.  SPOILERS SPOILERS SPOILERS for season two of Rebels if you haven’t seen it…..probably should have lead with that. 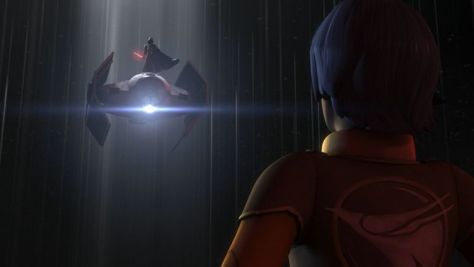 Season Two of Rebels got saggy in the middle.  Started out great, finished great, and the middle seemed wholly unnecessary.  Basically you can go from disc one to disc three and not miss much at all if you’re watching on blu ray.  But the season finale “Twilight of an Apprentice” is one of the best episodes in the CW/Rebels series.  You have a Sith temple, the re-emergence of Darth Maul (that guy may outlive Vader and here we thought he was done in 1999), a permanent injury to Kanan, and Vader making one of his best entrances ever to confront his old apprentice.  There’s eight years of history in these animated series leading up to this confrontation, and while the end is left ambiguous, it doesn’t disappoint. 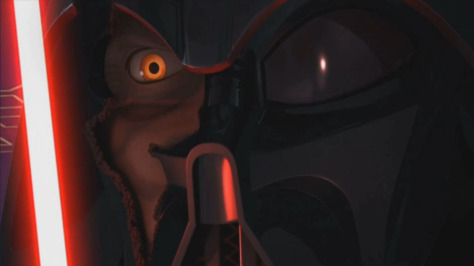 We’re featuring this today for three reasons:
1) It’s just awesome.
2) Yesterday was National Fight with a Lightsaber Day and shame if you didn’t.
3) A new novel simply titled Ahsoka hits stores today filling in some of the gaps about what happened between the end of The Clone Wars and Ahsoka’s reappearance in Star Wars Rebels.


Even if this turns out to be the end for Ahsoka (and you know it isn’t), this added a whole new layer to the most complex character in the the Star Wars Saga, giving Anakin another tie to his past he had to brutally sever to become Vader.  Then using his disaffected padawan as one of the founders of The Rebellion that would bring down the Empire?  Such a great way to add to something without taking away from any of the stories we already know and love.

2 thoughts on “My Favorite Scene: Star Wars Rebels Season 2 (2016) “Twilight of an Apprentice””