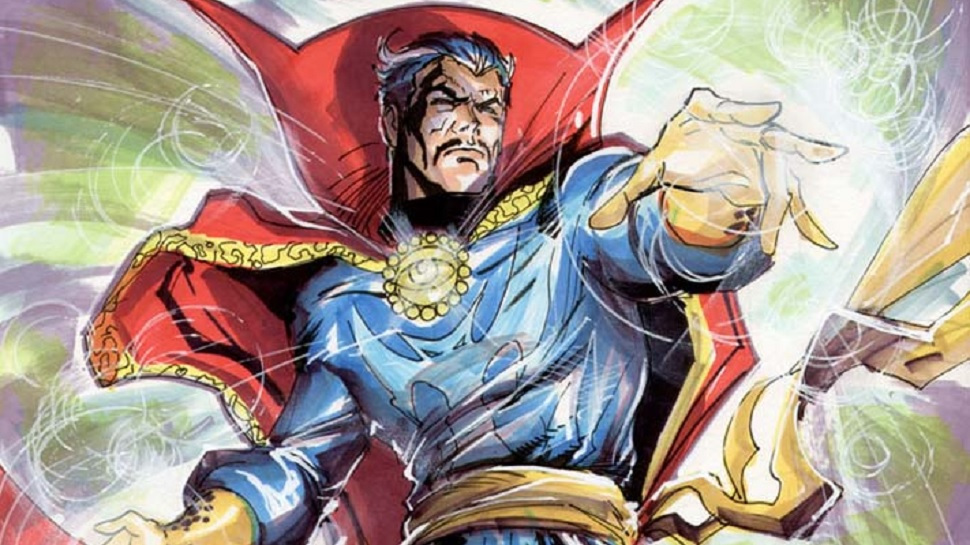 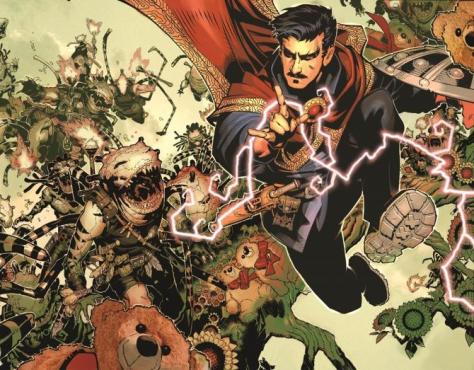 So you’ve gone to the Strange side with the good Doctor and his amazing new origin movie starring Benedict Cumberbatch (click here for my review), and you’re looking to the comics for vintage strange.  Well, there’s good news and bad: the good is that this is a great time to hop on board a classic run in the making with Jason Aaron’s take on Strange.  The bad news is that, though the character has decades of appearances in his own magazine and with both the Defenders (in the comics the Defenders aren’t the Netflix heroes of Hell’s Kitchen but an ad hoc team featuring Strange, Hulk, Hercules, and others) and the Avengers, there are very few CLASSIC Dr. Strange runs.  Over the years, Stan Lee, Roy Thomas, Gene Colan, Roger Stern, and mor recently Brian K. Vaughn and Jason Aaron have put together great runs with The Sorcerer Supreme, but it’s definitely harder to find a great Strange graphic novel than, say, an easy hop-on point with Spider-Man.  For that reason, I have weighed my top 5 with the two most recent entries, one is the first collection in Strange’s current run, and the other is a fantastic standalone story that really captured everything great about the character.
1. Dr Strange Vol. 1: The Way of the Weird by Jason Aaron 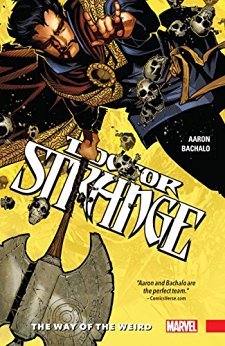 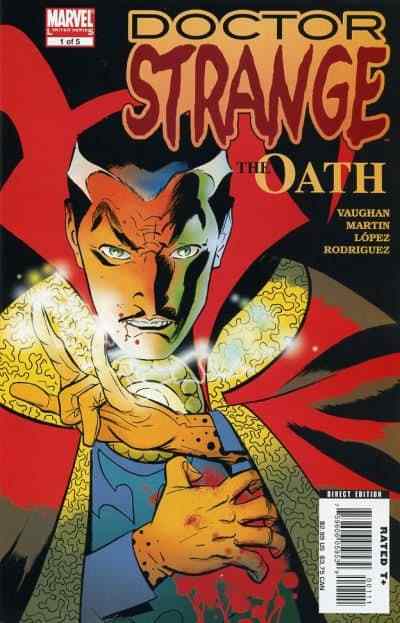 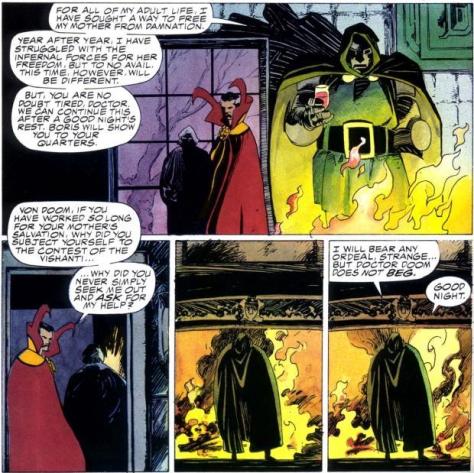 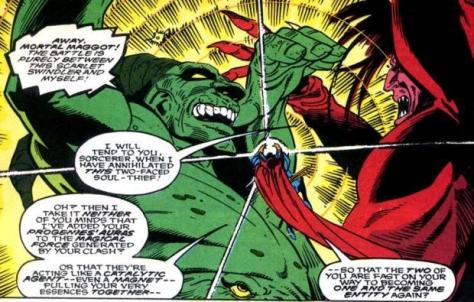 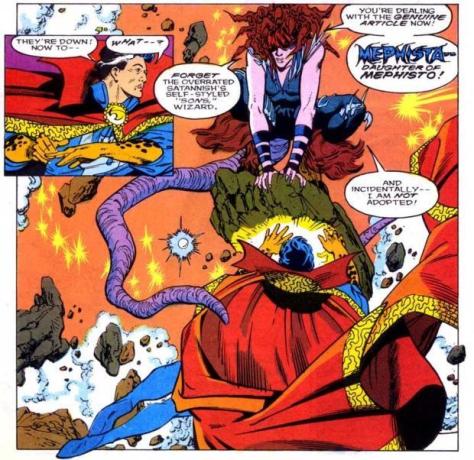