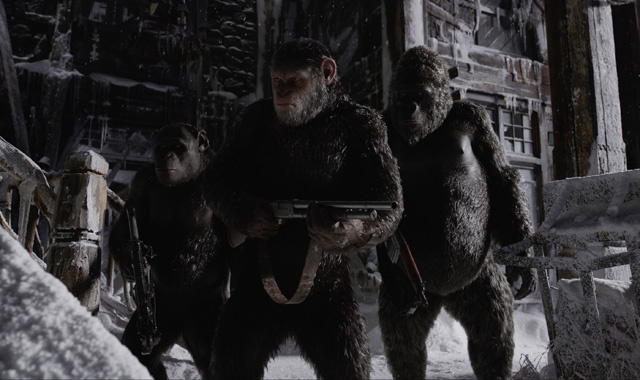 It is raining Summer 2017 movie trailers this week.  In case you thought there wasn’t enough awesome coming in the spring, we’ve got a lot more to look forward to including the third movie in the revived Apes series.  Dawn of the Planet of the Apes was so much better than Rise of the Planet of the Apes it was like an exponential explosion, and I still maintain that Andy Serkis deserved an Oscar nomination.  He’s invented a completely new way of acting for modern F/X that has allowed them to serve the story in a whole new way.  Dawn left us in a very dire place and I’ve been waiting to see Caesar and company again.  Read the plot synopsis and get ready to actually have movies in the summer be good outside of May for the first time in years.


In War for the Planet of the Apes, the third chapter of the critically acclaimed blockbuster franchise, Caesar and his apes are forced into a deadly conflict with an army of humans led by a ruthless Colonel. After the apes suffer unimaginable losses, Caesar wrestles with his darker instincts and begins his own mythic quest to avenge his kind. As the journey finally brings them face to face, Caesar and the Colonel are pitted against each other in an epic battle that will determine the fate of both their species and the future of the planet. 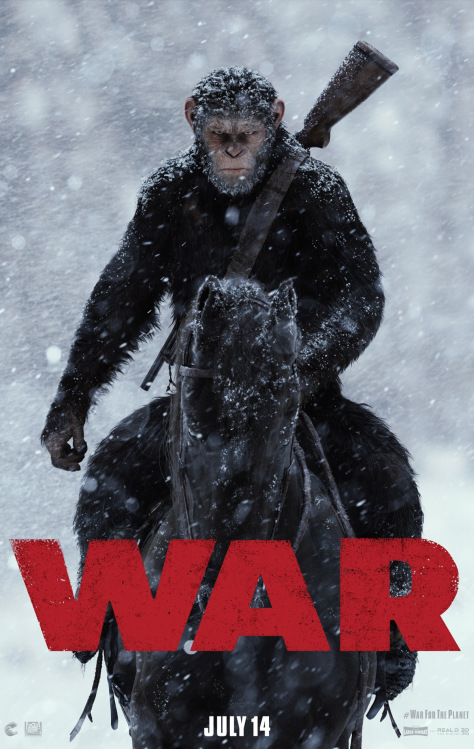