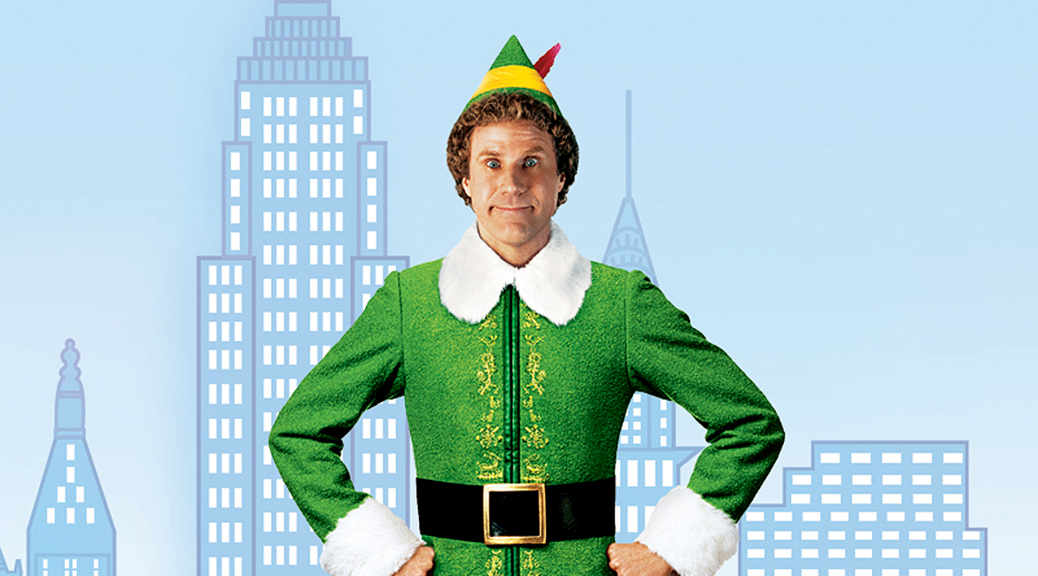 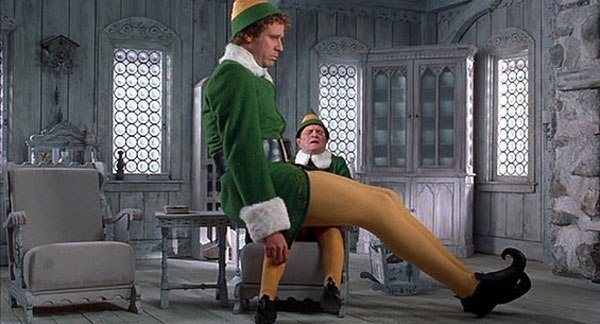 I understand Will Ferrell can be someone who people love or hate. Obviously I love him, but even I will admit that he does a lot of crap films, and those who do love him I think-at this point-need to intervene and beg him to stop ending up with his (at least) shirt off in most of his films. Elf is not a “Will Ferrell comedy” though. Elf is very much a Jon Favreau Chrismas film, and after Iron Man, Chef, and The Jungle Book, I think Favreau needs to be considered an A-list director. Elf is the fractured fairy tale for Christmas. For those unfamiliar with the plot, Ferrell plays Buddy, a baby who crawled into Santa’s sack as an infant, and was then raised by the crew at the North Pole until Buddy was literally double most of their size and freaking them out with his ignorance as to his clear non-elvishness. So Buddy’s papa elf (played by the incomparable Bob Newhart and Santa is Ed Asner, and it’s such a treat to see this sitcom icons get a chance to shine) has to sit him down and explain to him that it’s time, as he’s well past 30, that he go to New York City and find his real family. 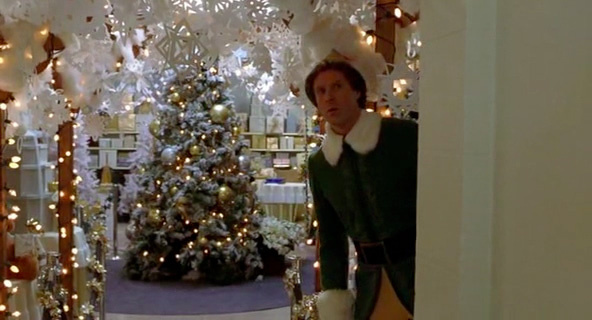 Elf is a film with utterly no guile. Buddy is completely innocent, infectiously upbeat, and completely Christmas-oriented in all thinking. So naturally he smacks into the world’s most cynical city and New York really never had a chance. His father (played by James Caan) takes him to work and within hours the mailroom has become a dancing Christmas maelstrom. He’s left at home and turns the apartment into an ornament explosion. Strongly suggested to find employment, he gets a job, aaaaaaaaas an elf in a department store, where he falls in love with fellow faux elf (Zooey Deschanel early in her career), and does to the department store pretty much what he did to his father’s apartment and workplace.  This brings us to the inevitable crisis of the department store Santa showing up, where our scene finds Buddy initially thrilled that his old friend would visit him; then horrified by the imposter. 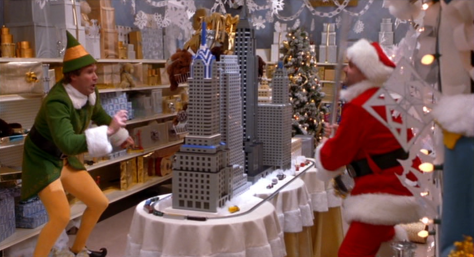 If you grew up on the Rankin Bass Christmas specials like Rudolph and Frosty, Elf is like that walking into the real world. Ferrell’s such good casting, because (and obviously to a much lesser degree) like Tom Hanks in Big, you need an adult who emits the innocence of a child or a sheltered adult that most actors can’t recall with authenticity.  Ferrell’s joy is real and that spirit is the best part of this time of the year.  Christmastime can be painful for a lot of people, but even for those that it is, you can still notice that people are nicer.  They go the extra mile.  We act like we always should.  That’s why Elf is one of my favorite Christmas movies. It’s funny and it’s sweet, but it also emits authentic joy and that’s a rarity that you only find in the best holiday films. Merry Christmas, Time Killers. 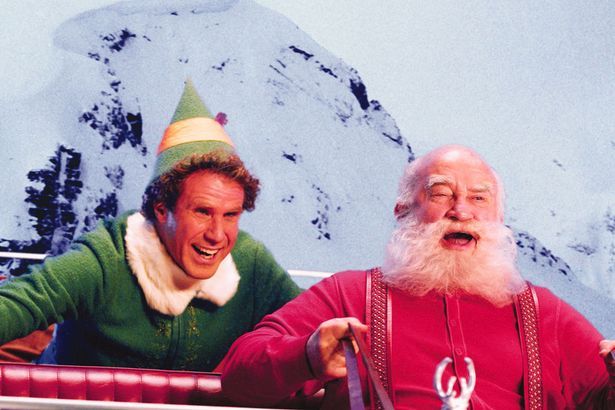