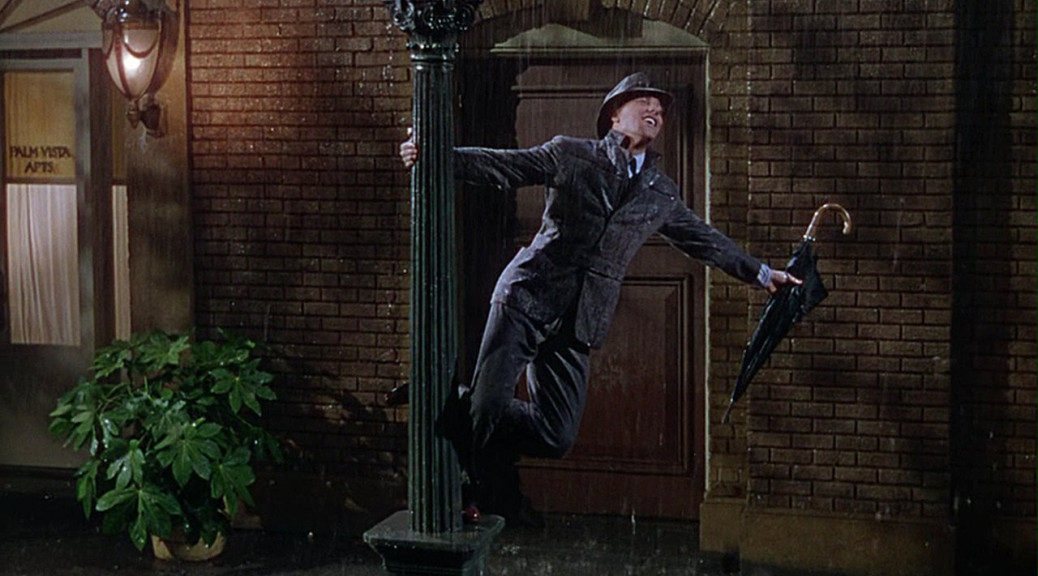 This is simply one of the most joyful scenes in movie history, and the signature moment in Gene Kelly’s career. Kelly was truly an actor who lived in the right age-the golden age of musicals- that showcased the breadth of his talent.  In today’s Hollywood, I don’t think anyone would know what to do with him. he’d likely be on Broadway rather than in films.  I love this scene.  This is a go-to scene when I need a pick me up, and it always leaves a smile on my face. 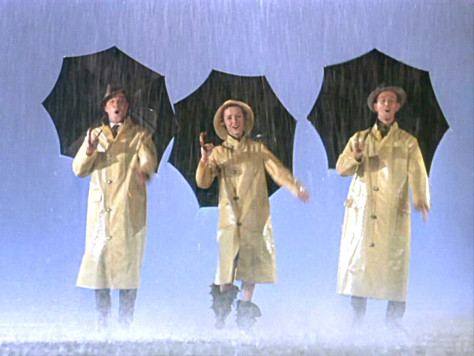 I’ve made no secret that I’m not a huge fan of musicals (though I reeeeeally wish I’d picked La La Land over Manchester by the Sea during my last trip to the theater).  I’m not sure why I don’t love them.  Maybe it’s because my mother went through a period where she forced me to watch every….single….one….ever….made when I was a child.  I tend to be drawn to darker fare, plus I have yet in my life to run across a large group of people breaking into song en masse.  However, there are always exceptions.  More often there are moments from musicals I love rather than the film as a whole (and that’s the case with Singin’ in the Rain).  Kellys acrobatic number is all the more impressive when you know that while he was being drenched and splashing around, he was also running a 103 °F fever, and while there are apocryphal legends that he nailed it in one take, the scene took two to three days to film, by the end of which all the water had caused Kelly’s wool suit to shrink to the point where he couldn’t get back into it.


Though we only see her for a moment in the beginning of the clip, this film is the film that made Debbie Reynolds a star, and I failed to be able to write a proper obituary for the actress, because that entire story had become so sad. I think it’s a better remembrance to showcase the best scene from the best film she ever did 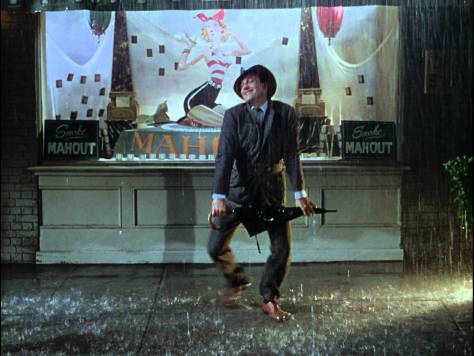 One thought on “My Favorite Scene: Singin’ in the Rain (1952) “Singing and Dancing in the Rain””