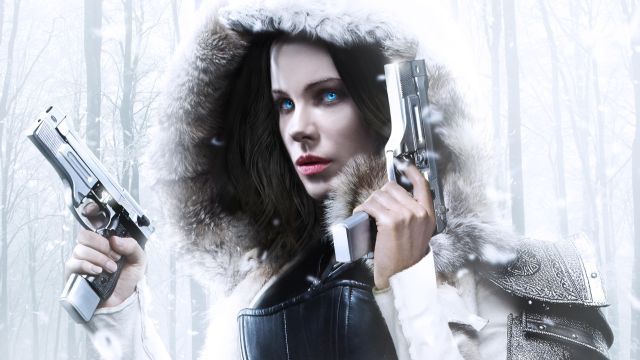 Each Thursday we look at what is going to be coming out in theaters this weekend, show you the trailers for the big releases, predict the box office winner and just generally give you enough of a carrot to pull you through the rest of the work week.  Ok, so this week, it’s a bit late, but if you aren’t shoveling your way out of the aftermath of Winter Storm Helena, 2017’s first weekend has some goodness to offer.

The only new film opening wide this week is the fifth installment in the Underworld series: Underworld Blood Wars.  It is the official opinion of KT that Underworld can do no wrong as it contains vampires, werewolves, and Kate Beckinsale in a leather onesie.  Joining it in theaters are two films that had extremely limited 2016 releases to qualify them for awards season.  Hidden Figures tells an untold story from NASA’s past, and A Monster Calls adapts Patrick Ness’ powerful book for the screen.  Both films are receiving stellar reviews and have serious Oscar aspirations.  The question is: can any of these stop the Star Wars juggernaut in a weekend where the southern portion of the country will be snowbound and the NFL playoffs begin?

HOW DID WE DO LAST WEEK?
KT picked Rogue One for the threepeat, and it won the New Year’s weekend box office over Sing (which has done very well as Rogue One’s perpetual #2) $49.5 million to $41.5 million, respectively. Rogue One has made $455.3 million domestically and $838.3 million internationally.  It should pass Finding Dory either this weekend or next week to gain the 2016 box office crown in the U.S.  The film opens in China today, so expect a large spike toward a billion dollars in its international totals (2017 Prediction Record: 1-0; Lifetime prediction record 39-5).