With the triumphant return of The Wizarding World in the wake of Fantastic Beasts and Where to Find Them (which just announced its Blu Ray Release), we’re running back through the Harry Potter series, examining the best of each in one “My Favorite Scene” column a month.  This month we come to the halfway point and the fourth film: Harry Potter and the Goblet of Fire.

The fourth film in the Harry Potter saga is directed by veteran Mike Nichols who would helm one installment before David Yates would come on to finish the series (Yates also directed Fantastic Beasts and is signed to direct its four planned sequels).  Goblet of Fire was the first of the books to balloon to doorstopper size at 636 pages.  Most of the changes in previous installments involved stylistic decisions (ex. dropping Hermione’s initial frumpiness) rather than having to hack out entire subplots to make films with a running time that would average between 145-160 minutes for the rest of the series.  Screenwriter Steve Kloves did an amazing job balancing hitting the high notes of each of the books while making hard decisions on what was going to have to be left out (I have a beef with him in Book 6, but I’ll let it sit for now). 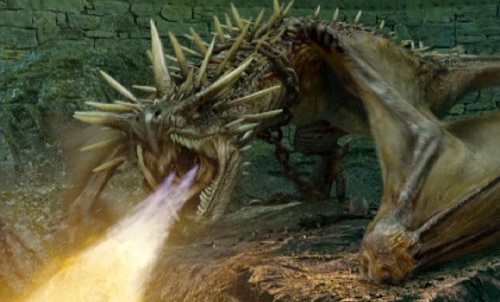 The kids are now definitely teens in the fourth film (Rupert Grint went through a phenomenal growth spurt between Azkaban and Goblet) and the hormones are beginning to fly.  This is also the last film they stuck to Harry’s hair being an uncontrollable mop as both Radcliffe and the Weasley boys are bordering on shaggy in this installment.  The film’s plot expands the Wizarding World’s borders as two visiting schools come to Hogwarts to compete in the Tri-Wizard Tournament.  Each school’s champion (plus Harry who is mysteriously added to the roster) competes in a series of tasks, each distinct and enormously imaginative set pieces.  My personal favorite is the first, because it involves a dragon and dragons are fundamentally awesome.

Picking a favorite scene from this point forward is kind of excruciating, because the movies are really the best parts of the books.  The Quidditch World Cup, the introduction of Mad-Eye Moody, the Pensieve,  the Yule Ball (Ron’s reaction to his formal wear is my favorite Ron moment in the series), and-of course-the return of Lord Voldemort at the conclusion of the tournament.  Ralph Fiennes did a wonderful job with Voldemort and, as dark as his return is, it’s nothing compared to the books.  These are children still, after all, and there’s only so much you can do to them onscreen and retain a PG-13 (insofar as the MPAA makes any sense with its ratings decisions).  I was tempted to choose Voldemort’s return, but there are better confrontations with the series’ ultimate villain down the line. 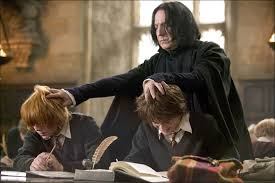 Great Snape 4 of 8
To honor Severus Snape and the late Alan Rickman we, as always, must have our Great Snape Moment of the film. This time Rickman doesn’t even have to talk, as his entire attitude toward students, teaching, and Harry and Ron in particular is well summed up by Snape’s head whacking of the duo while proctoring an exam.  We’ll continue our journey thought the series next month with the fifth film: Harry Potter and the Order of the Phoenix (to read Sorcerer’s Stone click here , Chamber of Secrets click here, and Prisoner of Azkaban here; if you want to catch up). 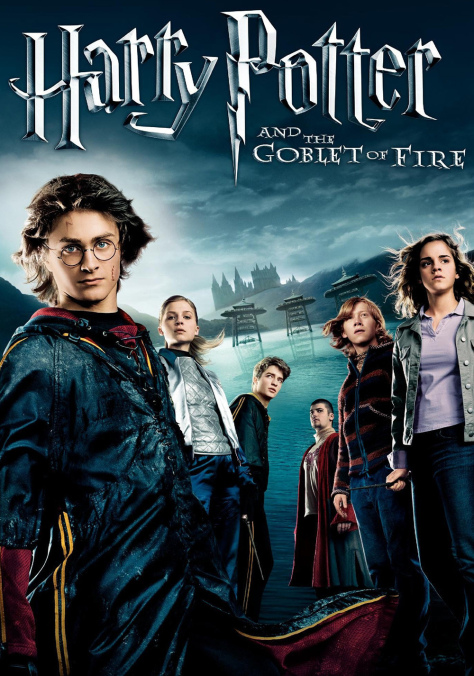 6 thoughts on “My Favorite Scene: Harry Potter and the Goblet of Fire (2005) “The First Task””