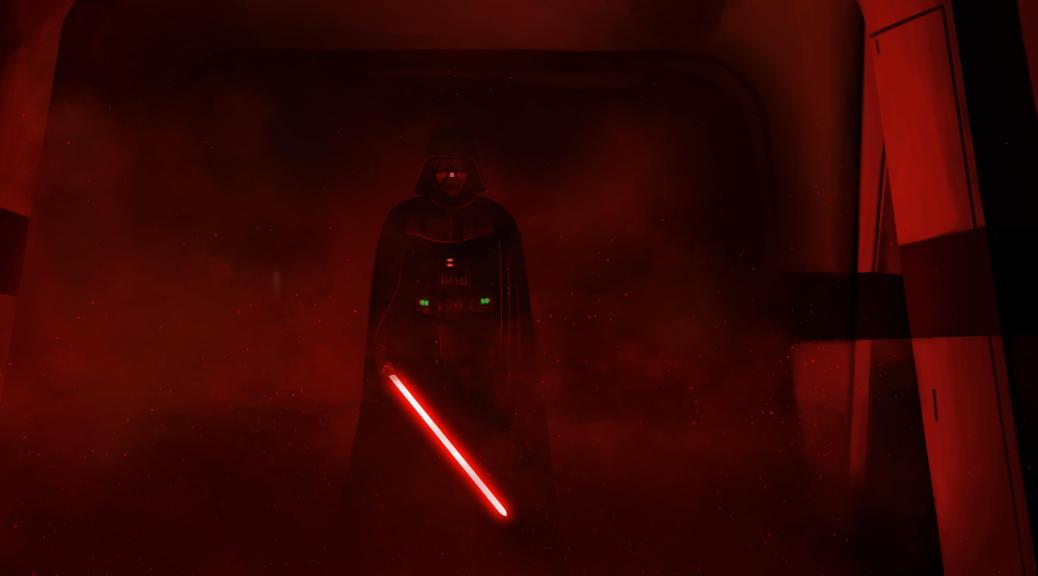 A bonus “My Favorite Scene” this week as I try to catch up on the backlog of posts, and because Disney has apparently stopped trying to play whack-a-mole with the army of determined Star Wars fans trying to put this scene up on the Internet.  If you have yet to see Rogue One….well, then we here have no pity for you, this scene alone was worth the price of multiple admissions.  In Rogue One, more than in any SW film, we got to see Vader in the suit in his prime, and the result was both horrifying and awesome.

If Star Wars fans had known the extent of the reshoots done after the initial viewing of Rogue One by Disney execs, we would have lost our minds.  No film reshoots THIS much key plot THIS fast and improves, as a result.  With Rogue One set to arrive on Blu Ray in two weeks, we’ll learn more about the reshooting process, but one of the very last scenes added to the film is the scene everyone left the theater talking about.  Scenes with Vader aboard the Death Star were cut from the film (probably to underscore his disdain for the project, and having him summon Krennic to his palace on Mustafar was a far better confrontation).  What was added was this scene that shows how the Death Star plans got from the ruined ship to which they were transmitted to Princess Leia’s ship in the opening scene of the first film. 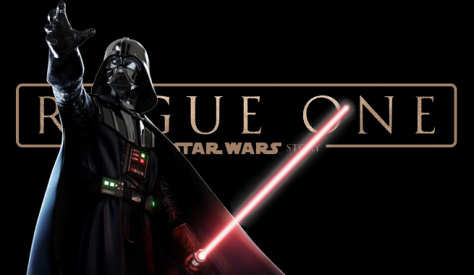 Vader’s prowess in the original films was hindered both by the suit and by the F/X of the times.  He’s not an old man in the original trilogy; he’s 44 at the time of Rogue One and A New Hope.  What he is, is a crippled husk of a human who has been kept alive in constant transition between bacta tanks (of which we got a brief glimpse of) and his life-sustaining battle armor.  I think it’s reasonable to extrapolate that the fresher Vader was out of the tank the more proficient he was, and that as events escalated in the war with the Rebellion he was able to spend less and less time healing.  But he’s fresh as a daisy when the brilliant ruby glow of his saber illuminates a hall of clueless Rebels, whom he proceeds to carve through in a mad dash to get to the plans using a combination of all the Dark Side powers at his disposal (my favorite is the Rebel he pastes to the ceiling and then casually backhands in twain as he advances down the hall).  It’s a moment of pure horror, and that the film was almost released without it is unthinkable.  I’ve said before Rogue One and A New Hope now almost feel like one film, because if you pop in the next disc, Vader catches that very ship that so narrowly eluded him and the loop is closed on the original appearance of cinema’s greatest villain. 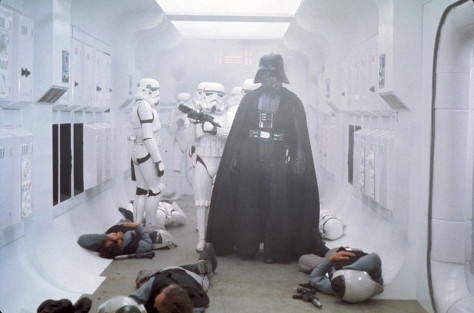 3 thoughts on “Vader Unleashed: The Final Scene From Rogue One!!!”