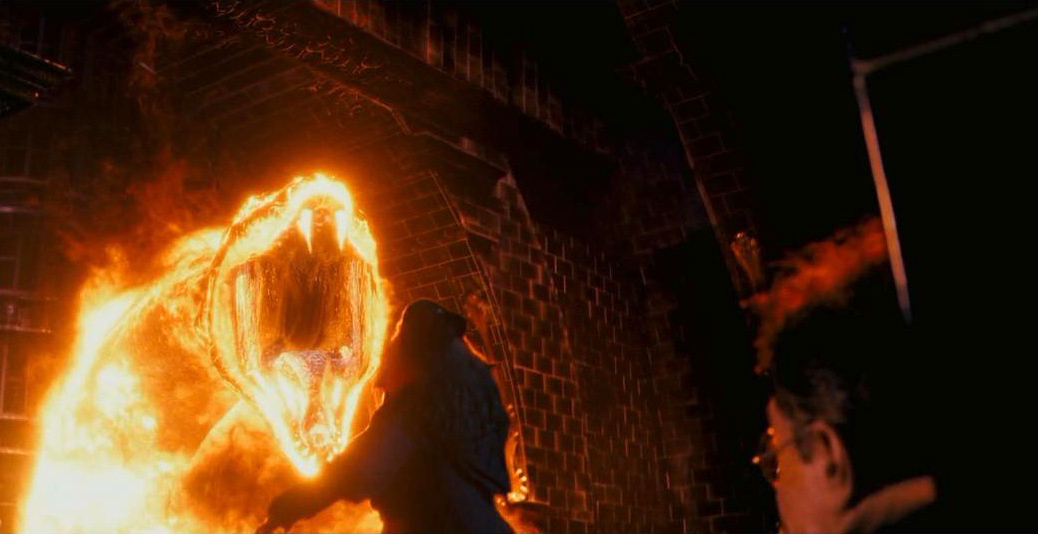 With the triumphant return of The Wizarding World in the wake of Fantastic Beasts and Where to Find Them (out TODAY on Blu Ray), we’re running back through the Harry Potter series, examining the best of each in one “My Favorite Scene” column a month.  This month the wizarding war begins in earnest with the fifth entry: Harry Potter and the Order of the Phoenix: the only film in the series I felt was actually better than Rowling’s book. 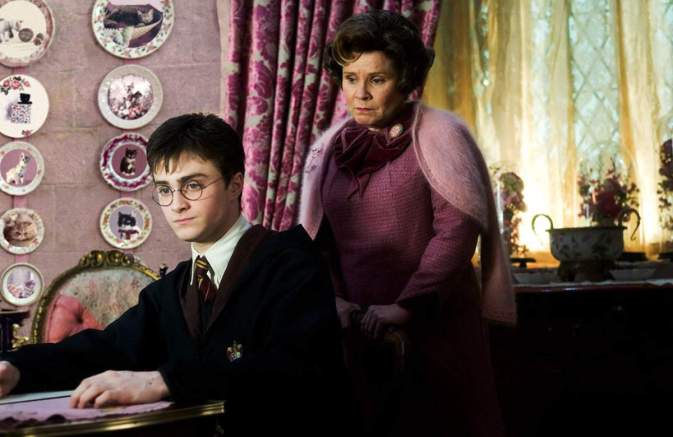 The fifth film in the Potter saga was the first in David Yates tenure, who would go on to finish the series and is slated to direct all of the Fantastic Beasts films.  He did not get an easy first assignment, because The Order of the Phoenix is a massive book (870 pages), one that I initially thought was a bloated mess that ruined the series.  Rowling has a rhythm to her writing in the Potter series.  She’ll do a set-up book and then follow it with several books of consequences.  Chamber of Secrets largely is a set up book for the entire saga, but most specifically books three and four.  At five, Order of the Phoenix sets up books six and seven to finish the tale and serves as a sort of tipping point for the Wizarding World.  At the end of The Goblet of Fire, Voldemort returns and you think that now we’re off to the races.  For most of Order of the Phoenix, Voldemort’s return is denied by the world, and Rowling uses the frustration this creates for Harry and the reader to explore the general frustration of being a teenager.  Harry is in a pissed-off place during much of Phoenix and, if he comes off unlikable and moody, well…most teenagers are….a lot.  Phoenix also introduces a slew of new characters, and by the end of the book, has the first battle between Voldemort’s forces and the Order culminating in the heartbreaking death of Harry’s godfather and a long-awaited duel between Dumbledore and Voldemort within the halls of the Ministry of Magic.  Yates manages to do most of the set-up without getting bogged down in the moodiness of the book and (even though I’ve come around on the novel) I think this is the one film in the saga that tells its story even better than the source material. 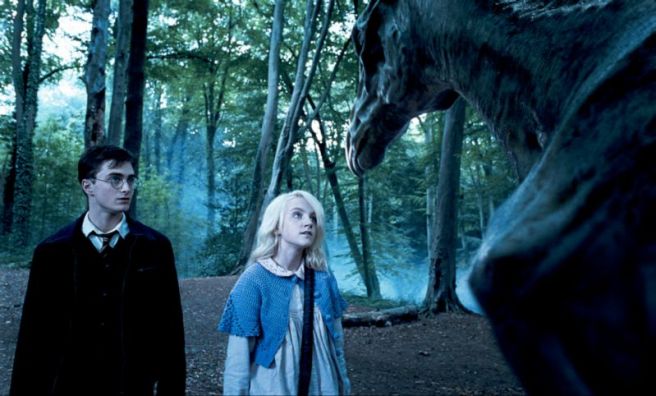 The Potter films are flawlessly cast.  From the foresight that it took to cast the core kids at age 10 for eight films, to having an all-star actor fill the shoes of each new, iconic character introduced, they exist as an argument to have Best Casting recognized as an Oscar category.  In Phoenix, I did not think it was possible to find someone who could be as annoying, loathsome, and infuriating as Dolores Umbridge (who I actually hate more than Voldemort), but they managed to do it with Imelda Staunton.  I think one of the reasons that I initially had problems with the novel is that I hated that character so much I wanted to reach through the pages of the book and strangle her to death.  I didn’t know what to make of most of the new adult members of the Order introduced, as they’re not really fleshed out much, nor did I love the new addition to the students: Luna Lovegood.  I don’t know how NOW, because Evanna Lynch is so brilliant as the spacey, conspiracy-addicted addition to Harry’s inner circle that she made her one of my favorite characters (in this, an example of the films improving the books, which only happens in the best adaptations).  I am slipping this scene in as cheating (because I write the columns so I can do what I bloody want), but it was almost #1.  Luna is the first of the kids who has also experienced death first-hand, and the first of Harry’s peers with whom he can relate to on that level of loss.  The use of the thestrals to bring that out and bond them is such a beautiful scene, and shows how far Radcliffe has come as an actor by film five. 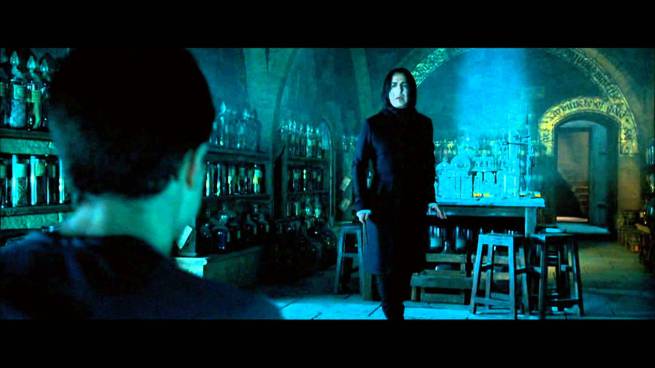 Great Snape 5 of 8
To honor Severus Snape and the late Alan Rickman we, as always, must have our Great Snape Moment of the film. One of the biggest questions throughout the entire series, up until the last book, was: Is Snape good or bad?  Yes, he’s a prat, but whose side is he really on?  Book five has the Potions Master instructed by Dumbledore to train Harry to protect his mind against attacks from Voldemort.  In their lessons, we get a look at Snape’s time at Hogwarts with Harry’s parents, and many of the assumptions we’ve made about him are stood on their head.  Like in all things growing up, what is black and white becomes grey.  In the film, this is something Rickman has about four minutes to deal with, and-as always-nailed it.  We’ll continue our journey thought the series next month with the sixth film: Harry Potter and the Half-Blood Prince (to read Sorcerer’s Stone click here , Chamber of Secrets click here; Prisoner of Azkaban here; and The Goblet of Fire here, if you want to catch up). 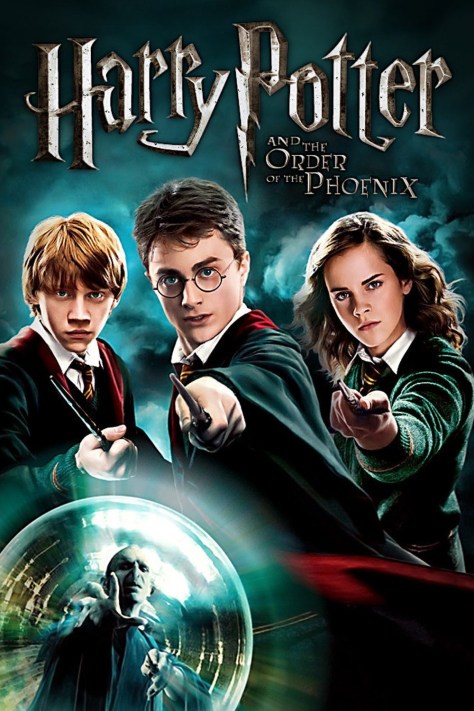 3 thoughts on “My Favorite Scene: Harry Potter and the Order of the Phoenix (2007) “Sirius Fades to Black and Dumbledore vs. Voldemort””