It’s been awhile since we’ve seen Thor and Hulk.  The former left on a quest to discover what was going on with the Infinity Gems (as we know Thanos is collecting them for his gauntlet), and Hulk flew off in the Quinjet after Black Widow broke his big, green heart.  Thor 3, entitled Thor: Ragnarok, returns us to Asgard and it is a changed place indeed.  Loki deposed Odin at the end of Thor: The Dark World, and it seems he’s lost his own place to Hela (Cate Blanchett), the Queen of the Norse Underworld.  If Marvel has a consistent criticism it’s that it has focused on its heroes nearly to the exclusion of developing iconic villains (Loki aside).  Hela is on a very different level of power than Loki or Malekith and she demonstrates that about 20 seconds into this awesome first look at the Marvel fall film.

Thor: Ragnarok is also a cosmic film, straddling the MCU proper with the MCU cosmic.  Banished to a gladitorial world, Thor is reunited with Hulk (this is as close to a Planet Hulk film as we’ll ever get since Universal is still fighting Marvel in court over the rights to make solo Hulk films).  Hulk…..not so happy to see him, though.  A full and proper synopsis is below as well as what Thor was up to when the rest of the Marvel Cinematic Universe was beating itself silly during Civil War.  I think the trailer looks awesome….but what is up with the weird 80’s video game lettering?  Nitpick.  This will be issue #17 of the MCU, out this November.


In Marvel Studios’ Thor: Ragnarok, Thor is imprisoned on the other side of the universe without his mighty hammer and finds himself in a race against time to get back to Asgard to stop Ragnarok – the destruction of his homeworld and the end of Asgardian civilization – at the hands of an all-powerful new threat, the ruthless Hela. But first he must survive a deadly gladatorial contest that pits him against his former ally and fellow Avenger – the Incredible Hulk! 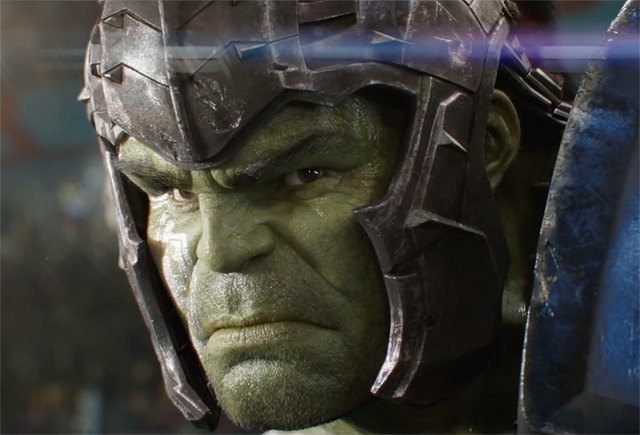