With the triumphant return of The Wizarding World in the wake of Fantastic Beasts and Where to Find Them (the sequel for which is set for a November 2018 release), we’re running back through the Harry Potter series, examining the best of each in one “My Favorite Scene” column a month.  This month is my favorite book in the series and the most frustrating film with the sixth entry: Harry Potter and the Half-Blood Prince. 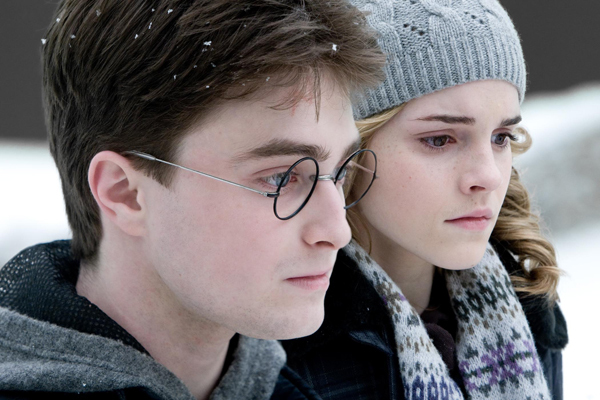 The sixth book in the Potter series is the darkest (even more so than the final installment) and last to follow the form of a year at Hogwarts with events from the outside world increasingly encroaching.  The climax of the book is probably Rowling’s best writing in the series: the shattering of the safe haven of school (and childhood itself) as Voldemort’s forces infiltrate Hogwarts and the beloved headmaster, Albus Dumbledore, is slain.  The film adaptation of The Half-Blood Prince initially deeply disappointed me.  I’ve grown softer on it, but this book, like the final, needed two films to do justice to the material within.

First, though, to focus on what’s right with the film: nearly everything that made it into the film.  The children aren’t children anymore, and Radcliffe, Watson, and Grint have by this time all become actors worthy of the all-star ensemble that’s surrounded them from the series’ inception.  The Half-Blood Prince is Voldemort’s origin story, and the parts that are included in the movie are done very well.  It takes a certain type of style to rock a plum suit, and Michael Gambon pulls it off quite nicely.  My complaint is that so much of Voldemort’s origin is cut that we’re not given a full examination of the horror that produced him (though you could certainly make the argument that doing that would have been impossible within the boundaries of a PG-13 rating).  His origin really is used to introduce and expound the way to defeat him, introduce the horcruxes, and explain how he’s been able to hang onto the thin existence remaining to him.  This is all extremely important to the story, but that it gets about as much screen time as Ron’s weird romantic woes is odd pacing to be generous.  It wouldn’t have been, spread over two films, it would have done what it was supposed to: serve as badly needed comic relief in a very, very dark chapter.  Compressed into one, it takes time away from the finale, which is stripped of almost all of the invasion of Hogwarts in the book, save for the Rowling’s merciless killing of Dumbledore, which is gotten so right in the first half, and unforgivably botched in part in the second (which, since it is undoubtedly “The Great Snape” moment of the film, we’ll talk about at the end). 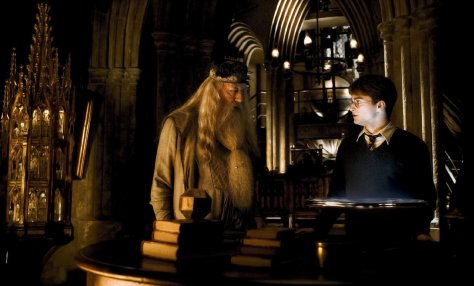 Rowling has killed pivotal characters before this point in the series, but Dumbledore’s death is not only tragic, it’s preceded by a horrifying series of events in The Cave.  Seeking one of the seven horcruxes Dumbledore takes Harry on a final errand.  Crossing a lake full of undead monsters, they find their goal at the bottom of a bowl of poison so enchanted that it must be consumed to obtain that which it guards.  Gambon and Radcliffe deliver heartbreaking performances as Harry, bound by his promise to Dumbledore, must continue to convince the wizard to keep drinking the potion as he grows weaker and more unhinged.  The set piece ends in a spectacular display of Dumbledore’s still potent power, and the two return to a Hogwarts that’s been infiltrated by Death Eaters, and that’s where I have problems. 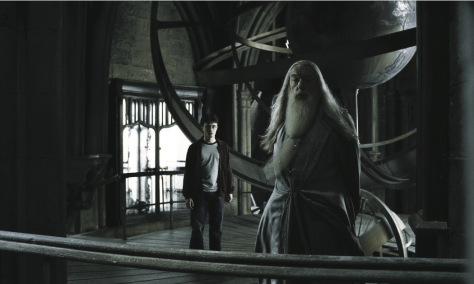 Great Snape 6 of 8
To honor Severus Snape and the late Alan Rickman we, as always, have our Great Snape Moment of the film.  In this film, it happens to be the culmination (we think at the time) of the question whose side is Snape on.  The film goes right from the return to the confrontation in the tower.  I disagree with the decision to turn the raging battle inside Hogwarts to a strike team, but going straight from The Cave to an immediate confrontation without portent strips what happens of a lot of the dread.  There is an unforgivably deleted scene of two minutes that should have stayed inserted between the two.  It gives what follows all the set-up needed for one of the most scrutinized lines in recent literary memory “Severus…..please”: Dumbledore’s last words before Snape kills him.  After book seven, we know Snape’s true colors: that he and Dumbledore both knew the elderly wizard was already dying and Snape needed to maintain his cover and this sacrifice was the only way, but at the time only the two of them knew.

What makes me crazy is the watered-down version of the Death Eaters’ escape from the Hogwarts grounds.  One of the best scenes in the series is them fleeing the grounds with Harry, insane with grief, hurling attacks at the Potions Master and screaming at him, calling him a coward when Snape has just had to kill the only person who ever really believed in him.  It’s such an amazing scene as written and it’s only given a nod more to serve as the revelation that Snape is the titular character when the point of it is that both Harry and Snape loved Dumbledore and both kept their end of promises to him and Snape is now totally alone in his task.  It should have made for great cinema. 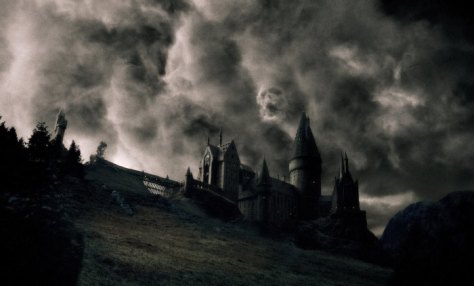 In the end, the film ranks only above Chamber of Secrets for me, but the care given to the final installment does save the series…..its penultimate book just should have received the same level of devotion to the source material.

We’ll continue our journey thought the series next month with the seventh film: Harry Potter and the Deathly Hallows Part One (to read Sorcerer’s Stone click here , Chamber of Secrets click here; Prisoner of Azkaban here; The Goblet of Fire here, and The Order of the Phoenix here if you want to catch up). 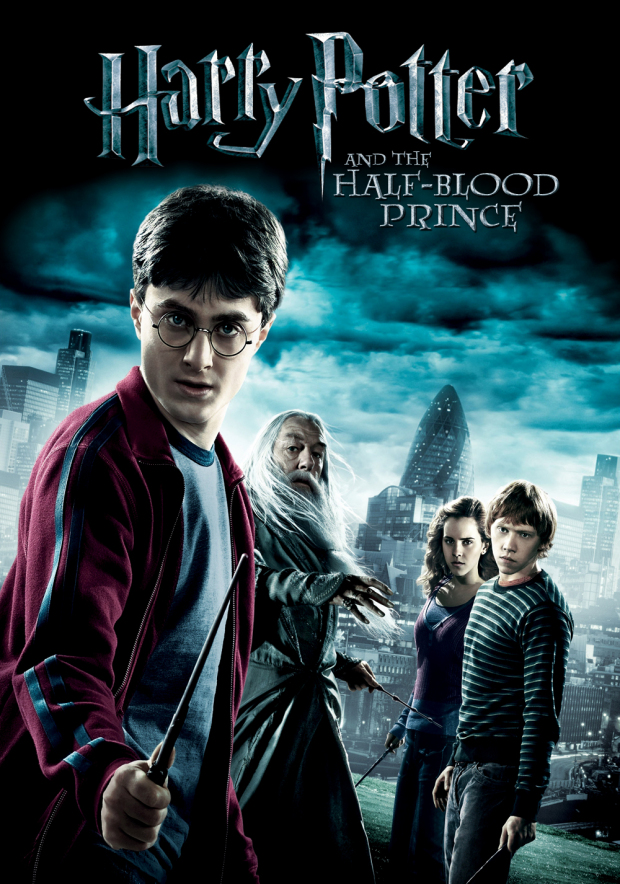 2 thoughts on “My Favorite Scene: Harry Potter and the Half-Blood Prince (2009) “The Cave””