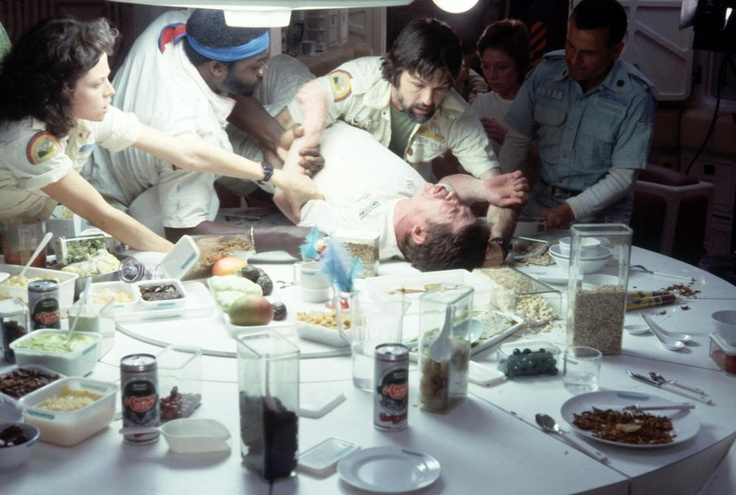 Yes, as you may have surmised from the above still, if you don’t know anything about Alien…..there’s a dinner surprise that gets a bit gory.  We’re under two weeks from Alien 6 (counting Prometheus), and Alien: Covenant is getting fairly positive reviews so far, but nothing like the groundbreaking science fiction that were the first two films in the series.  Alien came along two years after Star Wars, and it couldn’t be more different and be in the same genre.  This crew of essentially space truckers stumbles across one of the greatest, most ingeniously horrific, monsters in cinema history.  The horror of the Alien isn’t just that’s it’s a pretty perfectly designed killing machine.  It’s the life cycle of the creature itself.  From the freaky eggs, to the “face huggers” that implant the victims in a manner that would seem to be the most disturbing part of the process until you get to the ….hatching.  When the alien grows to a certain size and no longer needs its host, it simply leaves in the most direct way possible.  I cannot imagine what it must have been like to sit in a theater in 1979, having no idea what this thing was, and watch this dinner scene from hell unfold.  People must have been clinging to the ceiling.  It’s one of the most horrifying, most shocking scenes ever filmed.  And it’s not like things get better, because the next time you tend to see the buggers, they look like this: 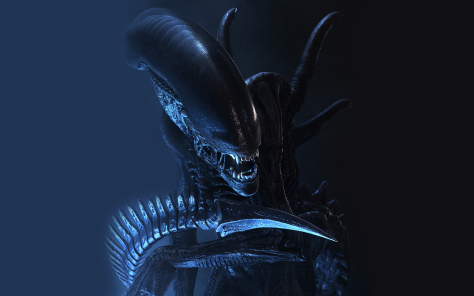 and that tends to be the last thing you ever see. 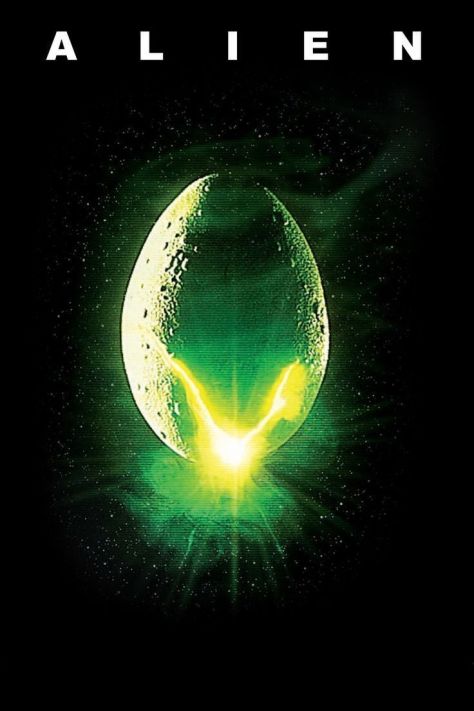 One thought on “My Favorite Scene: Alien (1979) “The Chestburster””