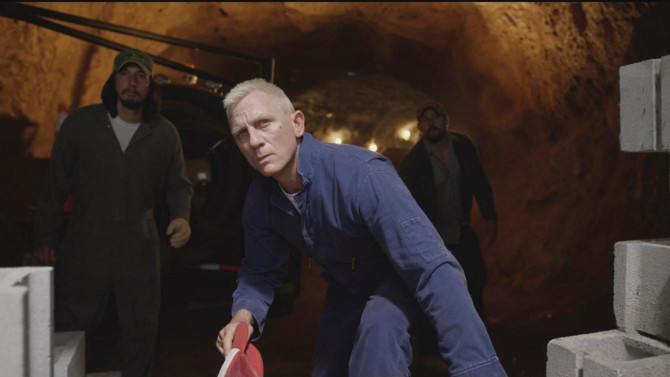 Steven Soderbergh used to be one of the most interesting directors in Hollywood, producing thought-provoking, big dramas like Traffic or Syriana to turning that same style on its head for fun and mayhem in the Ocean’s 11 trilogy.  Lately though, the same skill that once had him weaving huge casts and multiple plot threads together to perfect cohesion has fallen flat.  Soderbergh has, on multiple occasions, said he’s retiring from directing following either a disappointment or an effort by a contemporary that he’s said makes his work seem inferior.  So that all being said, guess who has a new movie opening on August 17th?

Logan Lucky is about a group of misfits attempting to pull off a heist during the middle of a NASCAR race.  Starring Channing Tatum, Adam Driver, Riley Keough, and Daniel Craig, it definitely seems to be channeling the Ocean’s spirit.  After SPECTRE, Craig has some making up to do to me (yes, personally) and really all he needs to do…is just be whatever the heck this character in the trailer is for two hours and I’ll be happy. 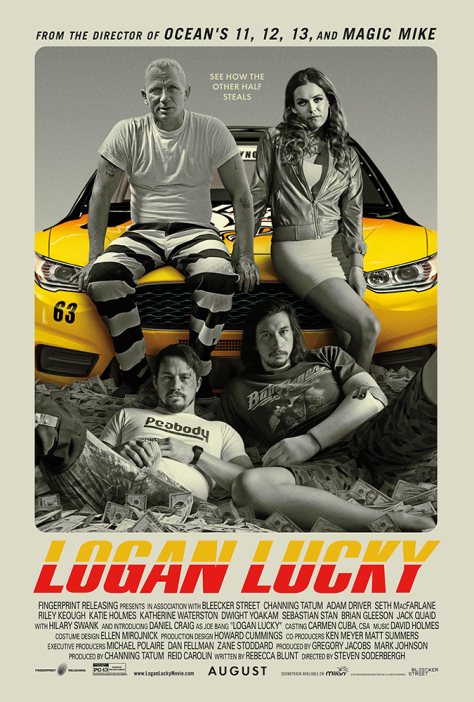