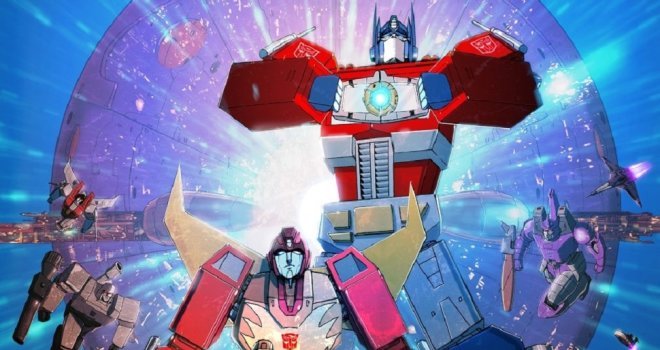 With the release of the latest disappointing Michael Bay Transformers film, children of the 1980s are dusting off their copy of the only movie to ever truly capture the majesty of the Autobots and Decepticons: 1986’s Transformers: The Movie. By now, running back to the pinnacle of the cartoon series that started a billion dollar empire for Hasbro, is becoming a yearly rite of reassurance for Transformer fans. The film holds up amazingly well 31 years after its release, but while you might know every line of the ultimate Prime vs. Megatron showdown and all the lyrics to Stan Bush’s classic stadium anthem “The Touch”, there are some wild things about Transformers: The Movie that you just might not know. 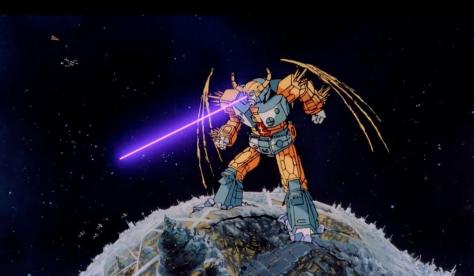 Most fans of the film know that the movie’s villain the planet-consuming giant, Unicron, was voiced by the great Orson Welles. Welles took the role “playing a toy” to finance future projects, which ended up a tragic irony as Welles died shortly after recording his dialogue and before the film was ever released in theaters. The man who brought us Citizen Kane was in such poor health during his recording sessions that his dialogue had to be heavily distorted to disguise Welles’ labored breathing. Things were almost worse for Welles’ legacy. The robot form of #Unicron very nearly had a luxurious mane of robot hair along with a smooth cybernetic goatee that was nixed at the last minute. The film was also the last credit for The Shining’s Scatman Crothers, who plays the Autobot Jazz. 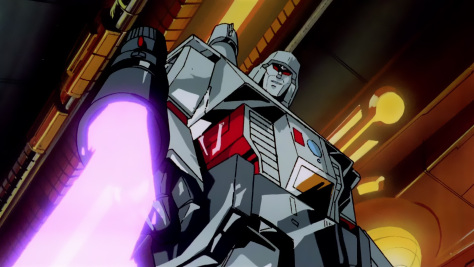 Transformers: The Movie‘s soundtrack is a true ode to 80s hair band rock and is most famous for Stan Bush’s power ballad “The Touch” (which found second life when Mark Wahlberg sang it in 1997’s Boogie Nights). Several songs on the soundtrack though are by a band called Spectre General, and good luck finding any of their albums, because the band doesn’t actually exist. “Nothing’s Gonna Stand in Our Way” and “Hunger” were actually recorded by a band named Kick Axe, but that seemed a little too risque for Hasbro to deal with, so they made up the moniker “Spectre General”….they just forgot to tell the band. 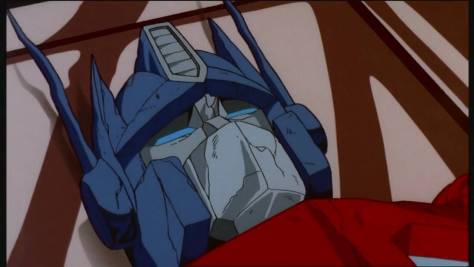 Transformers: The Movie is probably most famous among 80s kids for traumatizing them for life when Autobot leader Optimus Prime was slain in a final duel with Decepticon leader Megatron. Kids were so traumatized by the death of Prime, and parents were so caught off-guard at having to deal with their children’s robo-grief, that Hasbro, which followed Transformers with G.I. JOE: The Movie, changed the script of that film so that JOE leader Duke didn’t die, but was merely put into a coma. As for Optimus Prime, he was far from the only casualty as over a dozen major characters from the series, including the insufferably whiny Starscream, met their end in the galactic conflict. 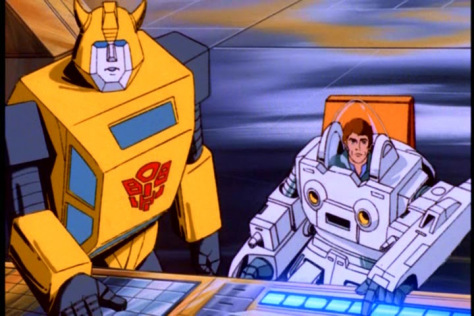 Parents were likely also surprised when the film’s human hero, Spike, dropped a seemingly random, “oh sh*t” after a failed attempt at taking down Unicron. Even with the robot-on-robot violence, the MPAA was going to give the film a G rating, which meant in 1986 it could only be played at certain times of the day, so the expletive was added just to get a PG rating, then removed for home video until restored to the film during a remastering in 2000. Given that the film only made $6 million at the box office, it wasn’t a terribly effective tactic. 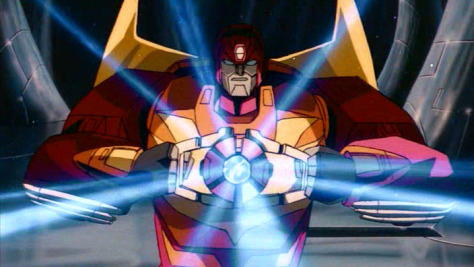 5. The Matrix of Leadership: It’s a Catholic Thing

The leader of the Autobots carries within him an object of great power called The Matrix of Leadership. It’s passed down several times during the film. Optimus Prime grants it to Ultra Magnus upon his death. Ultra Magnus can’t get the confounded thing to open when he needed it to (lacking “The Touch”), and is promptly gunned down and added to the bot body count. From there it is picked up by Hot Rod, who opens it at the key moment and uses the pesky little macguffin to defeat Unicron and become the new leader of the Autobots: Rodimus Prime. The passage of The Matrix from leader to leader was inspired by The Petrean Touch. Explains Transformers: The Movie screenwriter, Ron Friedman:

“I tried to establish an essential ingredient for the Optimus Prime character that he was both the caretaker and exponent of. That was the Matrix. It’s like the Petrean Touch in Catholicism. St. Peter touched his successor and every successive Pope has touched the next Pope carrying the touch of Peter into eternity […] In effect, Prime did not die, he assumed another form resident in his successor, Rodimus Prime.”

6 thoughts on “5 Fascinating Facts About 1986’s Transformers: The Movie”