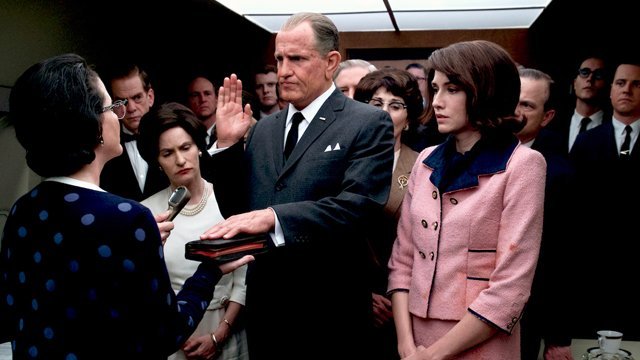 There was a time when Rob Reiner was, hands-down, one of the five best directors working in Hollywood.  From the mid-80s to the mid-90s, Reiner helmed some of the best movies I’ve ever seen, including The Princess Bride, Stand by Me, The American President, and A Few Good Men.  Then he disappeared from the ranks of Hollywood’s top directors.  LBJ looks like he’s back on his game, and it also looks like a perfect role for one of Hollywood’s most versatile actors: Woody Harrelson.  You need a LOT of personality to begin to be able to capture who Lyndon Johnson was.  He was a complex, contrary, outrageous lion of a man.  The film looks to focus on his finest hour, which was the continuation of the work begun by Kennedy on the Civil Rights Bill after JFK was assassinated.  Even with Johnson’s swing (and few have ever walked through Congress with more), shoving that bill through was a monumental achievement.  That Harrelson, who is coming off his best comedic role since Cheers in last year’s Edge of Seventeen, and the psychotic Colonel in War for the Planet of the Apes, to slip into the skin of this giant of a man, shows his astounding range.  I’m really rooting for this when it opens November 3, 2017. 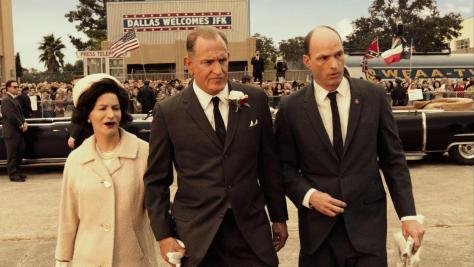 Dean Devlin’s Electric Entertainment has just released the trailer for Rob Reiner’s LBJ movie, starring Woody Harrelson as the 36th President of the United State of America. The ensemble cast also includes Jennifer Jason Leigh, Richard Jenkins, Bill Pullman, Jeffrey Donovan and Michael Stahl-David. Check out the full LBJ movie trailer in the player below and, just beneath that, take a look at several just-released stills from the film using our gallery viewer.

Directed by Reiner from a script by Joey Hartstone, the LBJ movie sets Harrelson as the powerful Senate Majority Leader who loses the 1960 Democratic presidential nomination to Senator John F. Kennedy (Donovan). He agrees, however, to be his young rival’s running mate. But once they win the election, despite his extensive legislative experience and shrewd political instincts, Johnson finds himself sidelined in the role of vice president. That all changes on Nov. 22, 1963, when Kennedy is assassinated and Johnson, with his devoted wife Lady Bird (Leigh) by his side, is suddenly thrust into the presidency. As the nation mourns, Johnson must contend with longtime adversary Attorney General Bobby Kennedy (Stahl-David) and one-time mentor Georgia Senator Richard Russell (Jenkins) as he seeks to honor JFK’s legacy by championing the historic Civil Rights Act of 1964.

LBJ had its world premiere at the Toronto International Film Festival earlier this year, and is set for a theatrical release beginning November 3. 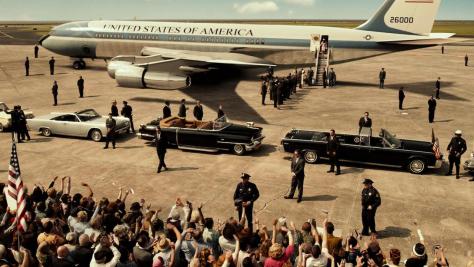