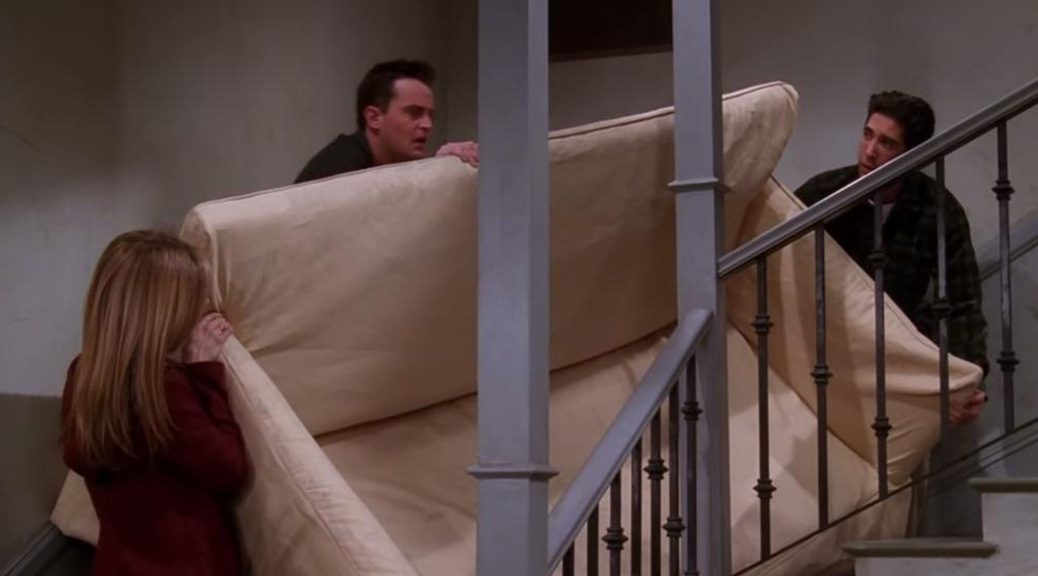 I know we normally do “My Favorite Scene” on Tuesdays, but I felt like putting up a Monday morning laugh.  For the defining sitcoms of my teens and early twenties, I had Frasier and Friends, the latter of which was more pertinent to my life as my friends have been the story of mine, so a sitcom about a tightly knit group of them trying to figure out how to be adults (and failing miserably often as we so often all do, was my favorite).  There are so many hysterical moments over the show’s run, but one of my favorites is just a stupid moment when Chandler and Rachel are trying to help Ross move a couch up the stairs to his new apartment (the use of friends as slave labor is pretty much what a “contractor” is in your twenties).  It’s hysterically set up, but it’s David Schwimmer’s manic screaming of ‘PIVOT!” that absolutely slays me when I rewatch the clip.  Not just me either.  They had to do this scene a LOT, because Schwimmer’s PIVOT scream was causing them all to lose it as you can see in this retrospective/blooper.